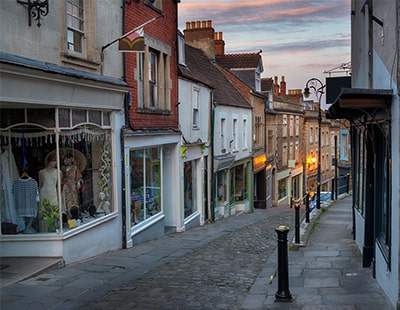 In a boost to a city still recovering from the scars of the Novichok poisoning scandal, Salisbury has been named as the best place to live in Britain by The Sunday Times.

The Sunday Times Best Places to Live guide, in association with online mortgage broker Habito, was published on Sunday 14 April and revealed the historic city of Salisbury – best known for its world-famous cathedral – as the best place in the UK to reside in.

The guide assessed a wide range of factors, including employment, schools, broadband speed, culture, community spirit and local shops, in order to put together its list of the definitive top locations to live.

The judges combined hard data with their own on-the-ground experience and insight to make sure ‘the chosen locations truly are places where everyone can thrive’.

While Salisbury’s 13th-century cathedral is its main talking point, the city has a thriving marketplace – with Nando’s found in a medieval home and an Odeon cinema housed in a 15th-century building – and some of the best schools in the South West of England.

Following the Novichok poisonings in March 2018, the shops were empty, the tourists were staying away and the locals were feeling uneasy, but the guide said there was now real optimism in the air – with plans announced last month to connect the whole city to full-fibre broadband, while the cafes are also brimming with visitors.

According to the guide, genuine tourists are now returning, not just to see ‘one of the most glorious cathedrals’ in Britain, but also to enjoy ‘historic landscapes, crystal-clear streams and meadows dotted with sheep’.

The Sunday Times Best Places to Live in Britain guide also revealed the best places to live on a regional basis, with Isle of Dogs winning out as the top London location, Petworth in West Sussex the top destination in the South East and the tiny Peak District village of Edale the most liveable location in the Midlands.

The Isle of Dogs – one of London’s more unheralded locations – won top spot in the capital largely thanks to its superb transport links. This corner of the Docklands is just a short walk from Canary Wharf and only 15 minutes from the City. Additionally, it has an enviable riverside location and affordable prices for Zone 2. An average property in the Isle of Dogs costs £526,160, in comparison to £636,215 for the capital as a whole.

Meanwhile, Petworth is a town that combines tradition, beauty and a forward-thinking approach. Its beautifully preserved historic houses, South Downs countryside and improving town centre (dominated by independent shops, galleries, delis and restaurants) helped it to be named as the most desirable area in the South East.

Edale, a new entry to this year’s list, might only have a 350-strong population, but they provide plenty of fun and friendship. It’s also the starting point of the Pennine Way, providing residents with some wonderful scenery and walking opportunities, and offers excellent connections to Manchester and Sheffield.

"Finding our very own best place to live now feels more important than ever, for our wellbeing and wealth, happiness and health,” Helen Davies, The Sunday Times Home editor, commented.

“Wherever you are on the property ladder The Sunday Times has championed 101 locations across the UK, and crowned one lucky winner, that we think is a great place to make a home. This year we were looking for community spirit along with convenience and culture. There is so much going on around the country, and so many great places that the choice was a hard one.”

Daniel Hegarty, founder and CEO at Habito, said the guide was essential reading for anyone looking to buy, move or renovate their home in the UK.

“We know there are many reasons beyond house prices, why people live where they live,” he explained. “But, regardless of location, getting a mortgage is often the most hellish part of buying. Habito exists to make mortgages easier - whether that’s for a first time flat in Battersea, a semi in Bury St Edmunds, or a forever home in Salisbury.”

You can see the full list of regional winners below.