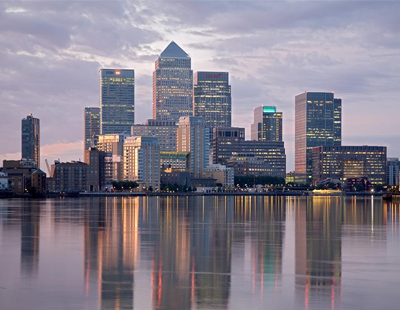 One of Europe’s biggest transport infrastructure projects is finally set to open later this month after many years of delay and criticism.

Crossrail 1 (officially known as the Elizabeth Line) will finally open its doors on May 24. Last week, Transport for London confirmed that, subject to final safety approvals, the Elizabeth line will open in less than two weeks time.

It will initially operate as three separate railways, with services from Reading, Heathrow and Shenfield connecting with the central tunnels from autumn this year. Full services across the entire route are set to introduced by May 2023.

The western and eastern sections of the route have been running for some time under the banner of TfL Rail, but the central stations – including flagship ones such as Bond Street and Tottenham Court Road – have been beset by signalling problems and other issues.

The project, which started way back in 2009 and has faced fierce opposition and budget overruns ever since, was originally set to open in December 2018.

One of its flagship stations is set to be at financial hub Canary Wharf, with the line branching off from Whitechapel to reach one of the centres of world banking. While it’s already well-served by the Jubilee Line and the DLR, access to Central London and, perhaps more crucially, Heathrow Terminals is set to get even better when the line is fully operational.

Most famous, since its significant regeneration in the 1990s, for its commercial, office and financial roots, some suggest the area is now seeing a distinct shift away from this to a more residential offering. The Elizabeth Line is expected to further support this shift, by transforming connectivity for residents, resulting in quicker travel across London than ever before. This, in turn, will make it a more attractive place not just to work in and visit, but also to live.

Canary Wharf is set to see the most significant capacity, connectivity and speed improvements of an area along the line, while its Elizabeth Line station is also home to its very own roof garden, making the station ‘unique to each of the others’.

But what does the area offer from a residential perspective? And can it really compete with other, more naturally resident-friendly neighbourhoods? 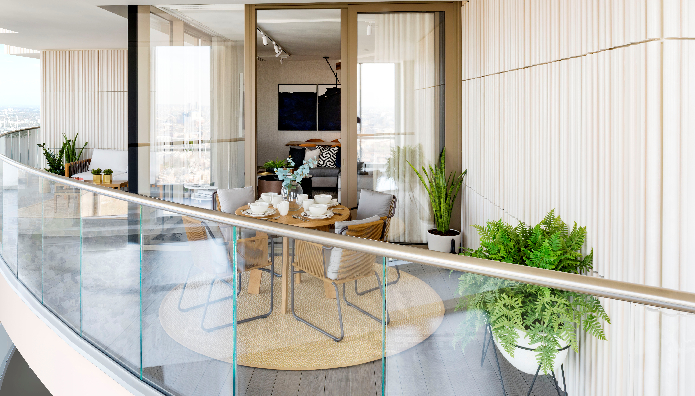 Each apartment in the building has its own private terrace area, ‘designed to work seamlessly with the interior areas’. Residents are afforded access to a range of amenities such as concierge, private lounge area, library, cinema and exclusive 20-metre pool, gym, studio space and spa.

New to the market, 8 Harbord Square – the latest scheme by Canary Wharf Group - is a collection of 82 loft style apartments.

Inspired by the history of the London Docklands and Canary Wharf itself, the open-plan homes are also influenced by the warehouse districts of Lower Manhattan, with no fixed walls and exposed interior features. 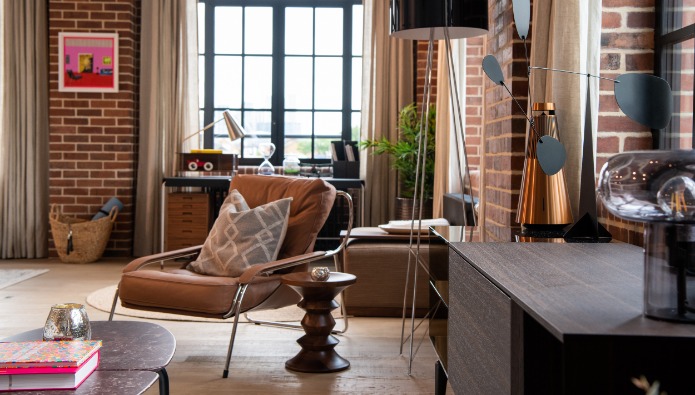 The building also forms a crucial part of Wood Wharf, which is made up of flexible offices, boutique retail, restaurants and spacious green spaces interspersed with residential buildings.

‘Completely unique and one-of-a-kind apartments’ at 8 Harbord Square are available from £790,000.

The third residential building in Canary Wharf Group’s staple – along with One Park Drive and 8 Harbord Square – it offers a combination of studios, one, two and three-bed apartments.

Residents also have access to a 40,000 sq. ft. premium health club, a sky terrace and residents lounge. The first new residential development to be built in Wood Wharf, which was launched in 2020, it was designed by world-renowned architects Stanton Williams and overlooks the docks at Canary Wharf on both its south and north elevations. 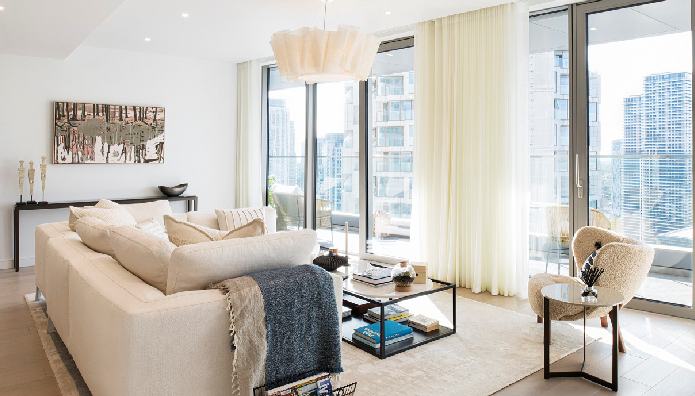 Buyers or investors will need healthy bank balances, though, with prices starting at £715,000 for a studio apartment.

The first Build to Rent (BTR) development to be launched on the Canary Wharf Estate, rising 128 metres above Wood Wharf, the Vertus building offers 37 floors of living and commercial space, and saw its first residents moved in in February 2020.

It features 327 apartments, ranging from studio to three-bedroom apartments, which benefit from stylish interiors and ‘spectacular views’. 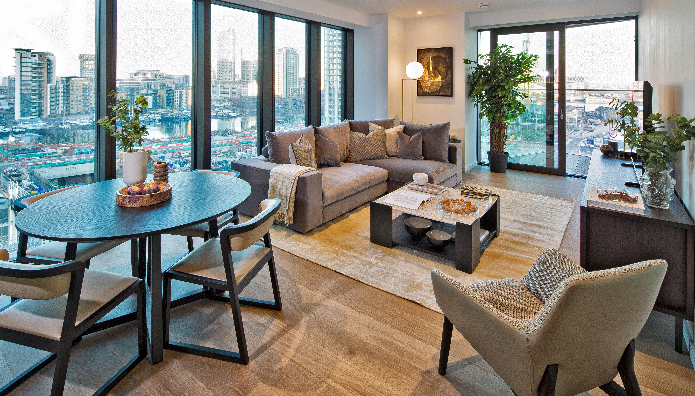 Residents can enjoy 10 George Street’s 6,000 sq ft of communal social spaces, which includes a lounge area and an outdoor terrace equipped with heaters and a BBQ.

Another Vertus building, 8 Water Street is Canary Wharf’s first pet-friendly address. Launched in October 2020 with 174 homes ranging from studio to three-bedroom apartments, residents benefit from a range of amenities including a private landscaped garden overlooking the South Dock and the floating pavilions of Water Square.

It also includes a roof terrace (the largest in the Vertus portfolio), membership to Third Space luxury health club, a self-service bar and screening room with Sky and BT Sports and games consoles. 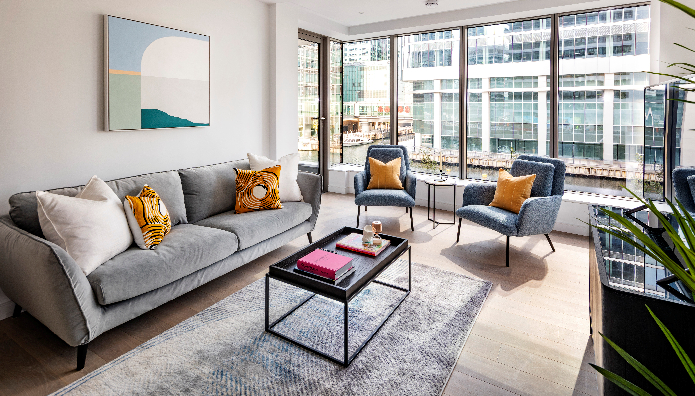 The latest BTR scheme to launch as part of the Vertus portfolio, Newfoundland launched in May 2021, and is the tallest BTR building in the UK (220 metres high, equivalent to 50 double-decker buses).

Despite launching in the midst of the pandemic, it is now 50% occupied and includes 636 modern apartments, from studios to three-bedrooms, across 58 floors. 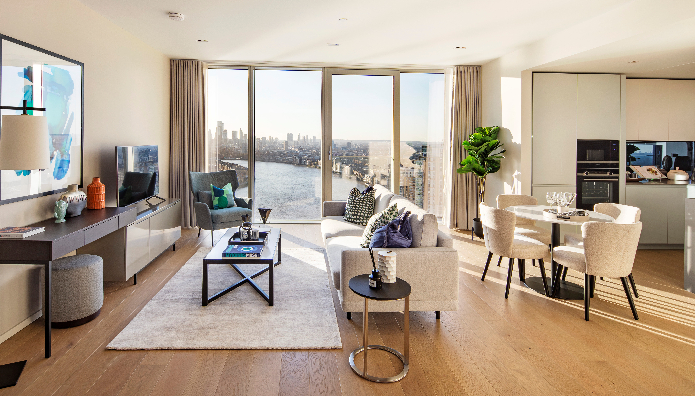 Community amenities at Newfoundland include a lounge and a games room, a large, west-facing terrace and BBQ, two children’s play areas, co-working areas with high-speed internet and a state-of-the-art gym. There’s also a private dining room, a screening room with a wide-screen TV and games consoles.

What else is coming?

Alongside these residential buildings, recently opened restaurants in Wood Wharf include Hawksmoor and Emilia’s Crafted Pasta, alongside a branch of Amazon Fresh.

Its glitz, gloss, modernity and corporate feel undeniably divides opinion, but Canary Wharf certainly has significant appeal, particularly to young professionals looking to make it in one of the world’s most competitive financial arenas.

It’s one of the original 15-minute cities, with a year-round arts and events programme to attempt to draw in a different crowd.

Many will still view it as a place for work and perhaps a posh bite to eat, but there are efforts underway to change that, and to make Canary Wharf more resident-friendly.

The improved transport links provided by the Elizabeth Line should certainly help with this. It’s perhaps easy to forget, too, its proximity to the Thames, providing some excellent walking, running and cycling opportunities, and its closeness to the O2 at North Greenwich and the culture and beautiful buildings on offer at Greenwich itself.

Some will continue to dismiss Canary Wharf as a corporate behemoth full of skyscrapers and not a lot else, but the Canary Wharf Estate is keen to paint itself as London’s premier destination for living, suggesting it is keen to become as well-known for its residential offerings as its banking opportunities and smart restaurants.

A short history of Canary Wharf

Located on the Isle of Dogs in the London Borough of Tower Hamlets, Canary Wharf was developed on the site of the former West India docks. From the early 1800s to 1980, when all of London's docks closed, it was one of the busiest docks in the world.

By the 1980s, it was a sad shadow of its former self - a derelict wasteland with no merit - but plans were soon put in place to turn the area into a business district with its own inexpensive light metro scheme, the Docklands Light Railway, to make use of a large amount of redundant railway infrastructure as well as improving access to the area.

Construction began in 1988, with the first buildings, including flagship ones such as One Canada Square (then the tallest building in the UK), completing in 1991. However, the recession of 1992 caused major problems, with the capital's commerical property market collapsing and the project owner's filing for banktruptcy. The City of London also fought back against what it saw as an existential threat to its financial dominance, modifying planning laws to expand office space in the City.

The project was salvaged in 1995, though, when an international consortium purchased control of the scheme for $1.2 billion. In 1999, Canary Wharf went public, with the new company named Canary Wharf Limited, which later became Canary Wharf Group.

Since then, the area has steadily grown in significance and status, with the Jubilee Line extension further boosting its accessibility. It will hope Crossrail will take it to new heights.

Canary Wharf Group’s most popular development tops out at 215 metres ...

Canary Wharf Group has achieved the topping out of its landmark...