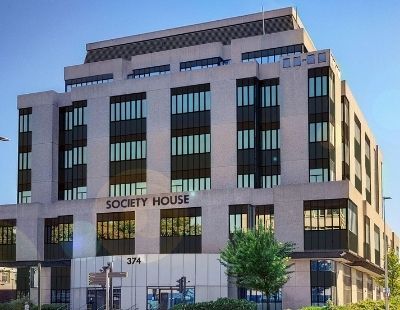 What was once known as the West Bromwich Building Society, a 169-year-old art deco building, is now undergoing a drastic redevelopment into 105 luxury one and two-bedroom apartments.

Although the building is not expected to complete until the final quarter of 2022, 70% of the highly anticipated apartments were purchased pre-launch.

Property developer Empire Property will lead the new transformation alongside global sales and distribution provider LH1 London, making this the fourth collaboration between the two companies. In the last 12 months alone, the duo has already completed over 200 units.

What is in store for the new development?

The new development will be located on the high street In West Bromwich, allowing residents to take advantage of the nearby amenities and transport links.

Once the redevelopment is complete, it will grant residents a simple commute. The location is within walking distance of the local train, tram and bus stops and there are direct links into the city centre.

44,263 square feet of prospective accommodation space was acquired in 2018, meaning residents will be able to enjoy a large indoor and outdoor space.

Property prices in West Bromwich are 50% lower than in Birmingham yet just 16 mins away from the city centre by tram.

Meeting the demand for local housing

A £1 billion regeneration programme taking place in the West Midlands region. Already millions of pounds have been invested into several schemes to provide the residents of West Bromwich with services and opportunities that they can benefit from.

As a result of the ongoing regeneration of the area, there has been a surge in popularity among residents and visitors.

The redevelopment has been welcomed by local councillors who are keen to meet the increased demand for housing due to the rising numbers of people moving to the area.

Paul Rothwell, managing director of Empire Property, explains: “We believe that the development of Society House will bring a positive residential element to an area where there has been a surge in demand for housing.

"This acquisition was our first in the Midlands after purchasing properties in Yorkshire, Lancashire and the North East and has a great deal of potential.”

Benjamin Hunter, chief executive officer of LH1 London, concludes: “We’re thrilled to be involved in such an exciting project that will give a new lease of life to such an architecturally interesting building.

"Demand has been truly exceptional from both international buyers and local owner-occupiers. In fact, such was the excitement by local residents at this historic building being converted into properties that we actually had a waiting list from local residents registering to purchase a home at Society House.”