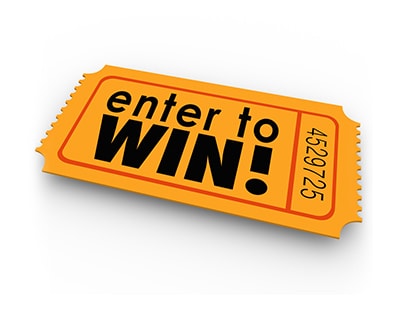 One of the most controversial areas of the property market in recent years has been house raffles, but are they a legitimate route to home ownership or just a simple con?

Does anyone actually win? And do the house raffle companies actually expect anyone to?

Despite the controversy that often comes with them, they continue to pop up on a regular basis, luring people in with the chance to get on the property ladder for the price of a lottery ticket.

Last year alone, there were as many as 92 individual house raffles offering the chance to win properties valued as high as £3.2 million for as little as £10, with 62 such competitions currently running at the moment.

Nonetheless, just 25 of those have actually gifted the property, with the majority having failed to sell enough tickets to justify doing so - instead gifting a cash prize.

Now an insider from a leading house raffle company – Marc Gershon, the founder of Winmydreamhome.com - has lifted the lid on the world of house raffles, revealing just what people’s money is spent on and why so many fail to make it to their goal of giving away a house.

Winmydreamhome.com, which will run until the June 30 2021 and requires ticket sales of 140,000 to award the property, is run by Mitsuma Ltd, a family-owned property business that Gershon has been a director of for almost 30 years.

Here, he blows the whistle on the sector.

What sort of planning has to go into this sort of raffle before it goes ahead?

Before commencing a property prize draw, extensive legal advice must be sought to ensure the draw conforms to the relevant laws and guidance of the Gambling Commission.

In addition to this legal advice, there’s initial website design, the implementation of the payment processing function, advertising campaigns on formats such as TV, radio and social media as well as the ongoing management of the competition.

What are the costs?

The cost of social media advertising alone can put many house raffles into the red and so while a shiny TV advertising campaign such as those implemented by some companies might create an air of legitimacy, you can guarantee it will be costing a huge sum to execute.

Some companies will spend millions of pounds on TV, Facebook ads and Google ads to hook potential gamblers. Because a gamble, it certainly is.

How do the people running the raffles make money?

So how do house raffles cover these monumental marketing costs and turn a profit?

The main way house raffles make their money is through the vague interpretation of their T&Cs. In their terms and conditions, they will state that any cash prize to be awarded will be based on a percentage of their ticket sales ‘less their costs’.

However, as many fail to disclose just what percentage of ticket sales will be awarded as a cash prize, this rather ambiguous definition leaves them free to recoup the huge sums spent on unsuccessful marketing, as well as taking whatever percentage of profits they see fit.

Often, the amount left from the originally proposed ‘giveaway’ is a small percentage of the value of the home itself.

Gershon claims the sector is unregulated and says that it really must be given the number of ‘chancers’ that are now playing in the sector.

“Many house raffles fail to disclose how they spend the money raised through ticket sales and this lack of transparency is often for a reason,” he commented.

“At Winmydreamhome.com, we allocate 10% of all ticket sales to charity and set aside a further 60% of all ticket sales for the alternative cash prize which currently sits at £120,000. We’re completely transparent about this from the outset and we advertise the number of tickets sold on our home page, as well as current cash prize, charity donations and even the odds of winning.”

He added that the remaining 30% is swallowed up by social media costs, video production, payment processing, ‘the list goes on’.

“To be profitable, the draws need to reach the target at which point the property is awarded and should they fail to do so, this is when many raffles will make heavy withdrawals from the ticket sale pot to cover their backs. Because they don’t reveal the number of tickets sold, there’s no way of knowing just how much they are taking and what percentage is awarded to the winner.”

He continued: “We’re now on our second raffle and it looks as though we will be awarding a huge cash prize of over £120,000 to our lucky winner as sales have not been sufficient to award the apartment.”

“Our website updates the stats with every sale so all our clients know the minimum they will win at the time of entry.  We would love to award the apartment but having currently sold approx 40,000 of the 140,000 paid tickets needed, the cash prize seems more likely unless there is a huge sales push in the last month.”

Omaze - success story or more of the same?

Gershon says Omaze is the only company to have successfully scaled and awarded their homes, but asks whether this recent success story has helped boost the image of the house raffle space or has actually achieved the opposite.

“Like many of its predecessors, Omaze is one such platform that fails to disclose any information around the odds of winning, the number of tickets sold or what percentage of funds raised is actually donated to charity,” he said.

“So you can only assume they are keeping this information hidden for a reason and Winmydreamhome suspects the reason is that Omaze is using the charity angle to take a huge slice of profits, while donating a marginal percentage to charity, relative to the total ticket sales amount itself.”

But does this matter if the winner receives a house and money is still made for charity?

“Well, Omaze is currently raffling off a house in the Cotswolds thought to be worth in the region of £2.5 million, what they failed to disclose was the fact that property had previously been prone to a high level of flooding. An issue that can cost an average of £32,000 just to rectify. Unless you search the fact yourself, no mention is made in the website and advertising.”

Gershon says Omaze claims to have rectified this issue before gifting the house, but he argues it’s just another example of house raffles lacking transparency when dealing with the consumer.

“In addition, there is very little information provided on running costs which on a larger home would require a small fortune to cover. As a rule of thumb, property running costs usually sit at around 1% of a property's value, meaning the winner of a house raffle valued at £2.5 million would need to fork out £25,000 a year in upkeep costs,” he added.

While Gershon says the winner is well within their rights to sell the home, he also insists they may struggle to do so, ‘with Omaze’s flood-prone Cotswold’s home previously stagnating on the market with Knight Frank for two years having seen multiple deals fall through’.

“Some house raffle platforms such as Win My Dream Home, which are currently offering a stunning £500,000 apartment in London, are careful to offer a prize which the winner can afford to live in if they wish. With no extortionate running costs to burden the winners,” Gershon added.

Gershon says there is definitely a market for house raffles if ‘done correctly’ and says his own company has learned some hard lessons on how to improve the sector during its own efforts.

“Being upfront about the number of tickets you need to sell, what percentage of ticket sales income is guaranteed to be awarded as a cash prize if you don’t reach this target and what percentage will be awarded to charity, all help to increase consumer trust,” he said.

“Unfortunately, while we believe that total transparency is key and have always provided this information as standard, it doesn’t guarantee success. To sell enough tickets you need vast resources to advertise on TV, social media and a number of other channels.”

He added: “This comes at a huge cost and one that has to be factored in from the start. While Omaze is the only company to have achieved this, the cost to the consumer remains unclear.”

“My concern is that some house raffle companies do not intend to award a house as a prize at all - their goal is to just sell tickets and to pocket the majority of the proceeds through management charges and marketing expenses.”

Property Investor Today reached out to Omaze for comment, but received no reply.

Poll: What do you make of house raffles?

Winning a singles title at Wimbledon wouldn’t cover the cost of...

Not for profit charity Emerging Futures has secured a loan from...