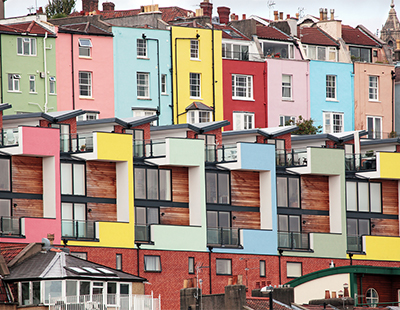 While Bristol and Portsmouth might seem like two very disparate locations to focus on, NEXA Properties has offices in both – as well as Cardiff – and can therefore offer an excellent local insight into these popular port cities.

We’ve previously focused on both cities separately, but here we zone in on their market reports for December, with the helping hand of NEXA Properties director and former international rugby player Jamie Gray.

How big is Bristol’s PRS?

Home to two major universities with more than 50,000 students between them, and a growing number of young professionals escaping London for more affordable, bohemian living, it’s perhaps not surprising that there are over 204,700 people currently living in rented accommodation in a city that has developed a reputation in recent years for being one of the greenest and most liberal-minded in Europe.

“That number surprised you, didn’t it?” Gray says. “With the General Election done, I thought it time to reflect on renting in the manifestos and party-political broadcasts and ask why?”

“As the best way to tell the future is to look at to the past, we decided to look at the number of people who rented a century ago (1920s), and surprisingly 76% of people rented their home in the UK (as renting then was considered the norm). Yet in the latter part of the 1920s, builders of the suburban housing estates with their bay-fronted semis started to sell the dream of home ownership to smart renters.”

Gray said that, up until the mid-1920s, mortgages were seen as a millstone around someone’s neck. Now, however, ‘due to some clever marketing by those same builders’, it is seen as a shrewd long-term investment to buy your own home with mortgage. 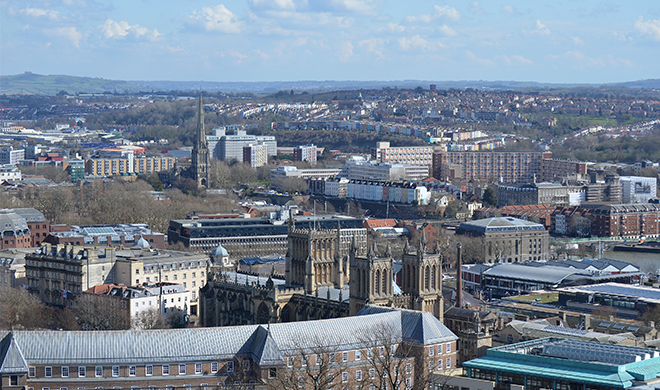 “It fuelled the ambitions and goals of the up-and-coming, well-to-do working class who reclassed themselves as lower middle-class,” Gray adds. “Meanwhile, the government encouraged (through tax breaks) people to save in building societies, who in turn lent the money to these up-and-coming new homeowners through mortgages.”

Gray continued: “Roll the clock forward to the decade of the young Elvis, Chuck Berry and Bill Haley in the 1950s and still 72% of Brits rented their home. Homeownership had boomed in the preceding 30 years, yet so had council house building. Then, as we entered the 1960s and 1970s, homeownership started to grow at a higher rate than council housing.”

The rate of homeownership started to drop substantially after the mid-1990s, Gray says. “And now we roll the clock forward to today. There is no stigma at all to renting. In fact, of the 525,499 residents of Bristol, 204,727 rent their house from either the council, housing associations or private landlords - meaning 39% of Bristol people are tenants. Yet read the Daily Mail and you would think the idea of homeownership is deeply embedded in the British soul.”

Gray says that, irrespective of the shenanigans and political goings-on in Westminster recently, the housing market (for the time being anyway) is displaying a striking resilience.

He believes this is being fostered by the ongoing, wide-ranging monetary policy by the Bank of England.

“With interest rates and unemployment low, UKplc is heading into 2020 in reasonable condition. Additionally, despite the UK’s new homes industry improving its year-on-year new build figures (building 173,660 new homes this year to date – notably 8% more new homes than at the same time last year), there has been an unequal increase in demand for housing, especially in the most thriving areas of the country.”

Gray also points to the fact that property values are 75.1% higher since the credit crunch as a sign that the market is performing well, despite a rising number of repossessions causing some consternation. That said, the 6,108 repossessions made in the last quarter – while a 55% jump from 2017 – is still dramatically down on the 2009 high of 29,145 in the first quarter of 2009, at the height of the global financial crisis.

How is the exodus of EU nationals caused by Brexit affecting the Bristol property market? Gray says it is having an impact.

“I was having a thought-provoking conversation with a Bristol buy-to-let landlord a few weeks ago about everything to do with property, Brexit and how the reported voluntary repatriation of Eastern Europeans had affected the property market in Bristol. It transpired some of his Bristol tenants, who had been in his property for over 10 years, were returning to Poland. He was particularly disappointed as he told me they were some of the best, if not the best, tenants he had ever had.”

However, relatively speaking, EU nationals make up a small part of the Bristol market, which helps to minimise the impact of EU nationals – especially those from the EU8 countries who joined the bloc in 2004 – returning home or seeking pastures new.

Like most people, though, Gray wants to see an end to the chronic uncertainty. “Hopefully the end is in sight with Brexit. It would be a huge loss for the country to see its embedded and settled European community depart as it must be quite melancholic for our fellow Europeans to even have to deliberate such a life-changing move. All I can say is I think we are all eagerly anticipating the ‘B-word’ situation becoming stable again so that all of us, wherever we originate from, can reasonably plan our future in our sceptered isle.”

How big is Portsmouth’s PRS?

Portsmouth, a smaller city than Bristol with just over 233,000 residents (almost as many as in Bristol’s PRS on its own), has a sizeable renter population, too – driven by good transport links to London and other parts of the South Coast and a 20,000-plus student population from the University of Portsmouth.

According to NEXA, there are 94,789 people living in rented accommodation in Portsmouth, meaning that some 40.7% of Portsmouth’s population are tenants. 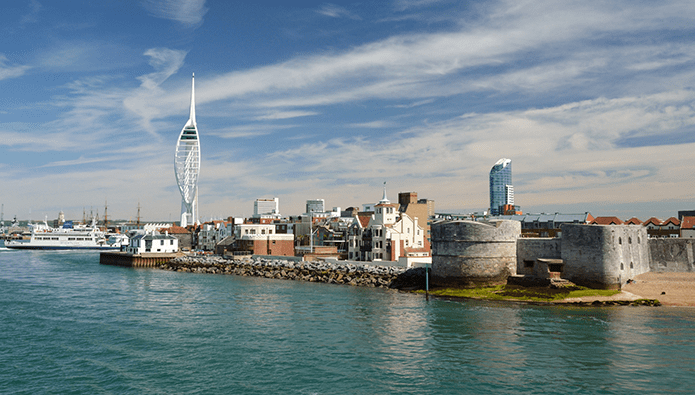 Research suggests rents in Portsmouth are now 4.29% higher than they were three years ago, while property values are 16.21% higher than January 2016 – making buy-to-let investment appealing on two counts: strong and stable rental income, leading to higher long-term yields, and also decent capital gains over time.

The owner-occupied market is still dominant – with more than 134,000 (or 57.7%) of people existing in this sector – but like many other parts of the country this gap is reducing as the rental market continues to rise in popularity for both lifestyle and affordability reasons.

Overall, Portsmouth property prices have also recovered well from the credit crunch – now standing 46.3% higher than at the height of the global financial crisis.

Has there been excess lending in Portsmouth?

“Since 1977, the average Bank of England interest rate has been 6.65%, making the current low rate of 0.75% very low indeed,” Gray says. “Yet the issue isn't the amount of lending, as much as the person's ability to pay. Therefore, whether a person's mortgage is fixed or not is more important than the amount owed.”

Thankfully, he continues, the proportion of borrowers fixing their mortgage rate has gone from 31.5% in the autumn of 2012 up to the current 70.2%. “If you haven't fixed your mortgage - maybe you should follow the majority?” Gray advises.

The total cost of mortgages owed by people in Portsmouth is nearly £1.2 billion, but while interest rates are low and more people are on fixed mortgages, there should be less issues with borrowers paying back what they owe each month.

“In my modest opinion, if things do get a little rocky and uncertainty seeps back in the coming years (and nobody knows what will happen on that front), interest rates can only go one way from their currently ultra-low level of 0.75%...and that is why I consider it important highlight this to all the homeowners and landlords of Portsmouth,” Gray concludes. “Maybe, just maybe, you might want to consider taking some advice from one of the many qualified mortgage advisers in Portsmouth.”

Revealed: what is going on in the Portsmouth property market? ...

Portsmouth-based agency NEXA Properties has released its latest report on the...