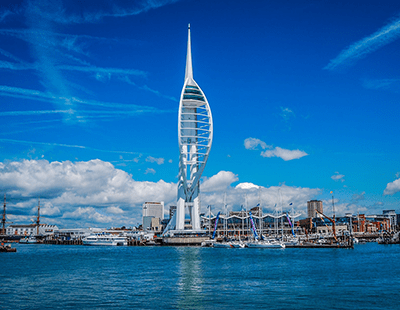 Portsmouth-based agency NEXA Properties has released its latest report on the city which analyses how its property market is currently functioning.

The city – best known for its historic dockyards, naval and maritime history, and League One football club – has seen its property values rise modestly year-on-year, by 0.1%, with quite a few Portsmouth homeowners and landlords becoming acclimatised to living with the uncertainty of Brexit throughout most of 2019.

Figures suggest many of them have decided to get on with living life, reinvesting their money into Portsmouth property and buying and selling their homes and buy-to-let investments in the city.

“Whilst the newspapers were stating prime central London property values were now 17% below the levels being achieved a couple of years, that message seems not to have been heard by certain sectors of the Portsmouth property market!” Gray said.

“Speaking with other property professionals in Portsmouth, many weren’t expecting the usual autumn rebound after the summer holidays. Many were anticipating a dormant Portsmouth property market in the run-up to Christmas, believing many Portsmouth home-movers would put off their home moving activities until the new year, yet in many sectors of the local property market, I have seen (and the stats back this up) that those Portsmouth property buyers who are able to hold their nerve have found themselves in a better negotiating position to get a great property deal.”

“Interestingly, there are 37% more homes for sale in Portsmouth compared to two years ago, meaning more choice for buyers,” he adds.

There are, however, still parts of the Portsmouth property market that remain stagnant, with ‘some homeowners being slightly unrealistic with their marketing pricing’.

“To them, the property market appears to be slow, as they stare at their ‘for sale’ board for months on end, yet nothing could be further from the truth,” Gray continues.

He says the key to a balanced and healthy property market is realistic pricing by the homeowners when they list their home on the market, as well as mortgage affordability for buyers and buy-to-let landlord activity, which creates and maintains forward momentum.

But what is the current overall outlook for Portsmouth homeowners and landlords?

“We have always had issues that were game-changers for the housing market; for the last few years it’s been Brexit, 10 years ago the credit crunch, 18 years ago the dot-com crash, 27 years ago the ERM and 15% interest rates, dual MIRAS 32 years ago, hyper-inflation 40 years ago, the three-day week 45 years ago – the list goes on,” Gray explains.

“Everyone needs a home to live in, the local authority just has not got the money to build council houses, so buy-to-let will continue to grow for the foreseeable future which in turn creates a stable foundation for all homeowners.” 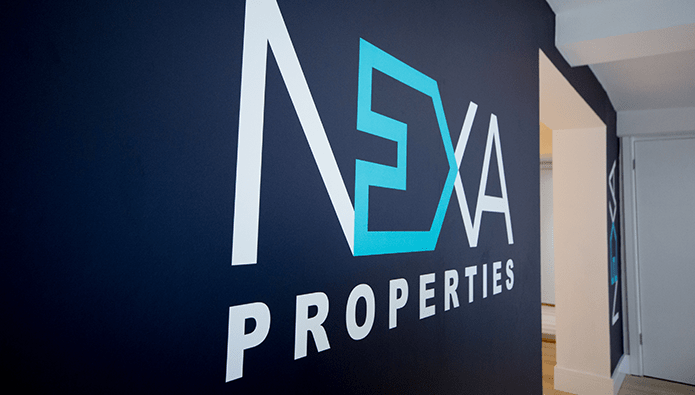 Portsmouth buy-to-let – past, present and future

According to Gray – whose real estate career began in the Middle East, where he also won three international rugby caps for Lebanon - investing in a Portsmouth buy-to-let property has become a very different sport over the last few years.

“In the glory days of the five years after the turn of the Millennium, where we had double-digit house price growth, mortgage companies (notably Northern Rock, HBOS and their ilk) were desperate to get on the buy-to-let mortgage bandwagon with rates so low it would make the belly of a snake seem high and a strategy to give loans away with not so much more than a note from your Mum, and with hardly any regulatory intervention. This meant anyone could make money from investing in property,” Gray insists.

“In fact, it was easier to make money than fall off a log! Then we had the unexpected flourish of the property market, with the post-credit crunch jump in the property market after 2010, when everything seemed rosy in the garden.”

He goes on: “Yet, over the past five years, the thumbscrews on the buy-to-let market for British investors have slowly turned with new barriers and challenges. With the change in taxation rules on mortgage relief starting to bite, plus a swathe of new rules and regulations for landlords and mortgage companies, it cannot be denied some Portsmouth landlords are leaving the buy-to-let sector, whilst others are putting a pause on their portfolio expansion.”

With newspaper talk of a massive reduction in house prices – especially in prime London – and increasing ‘red-tape’ from Westminster, it’s perhaps not surprising that doom and gloom is the go-to mindset for Portsmouth landlords. But is this really the reality?

“One shouldn’t always believe what one reads in the newspaper. It’s true, investing in the Portsmouth buy-to-let property market has become a very different ballgame in the last five years and a few are panicking and selling up, but Portsmouth landlords need to see their buy-to-let investments in these tremulous times in a different light,” Gray says.

He believes the focus on Portsmouth buy-to-let property in these times should be on maximising rents and not just being preoccupied with house price growth.

Gray points to the fact that rents in Portsmouth’s PRS rose by 0.19% in the past 12 months, but in real terms rent is actually cheaper today than it was 11 years ago.

“Looking at the last few years, it can be seen that there is still a modest margin to increase rents to maximise your investment (and it can be seen some Portsmouth landlords have already caught on), yet landlords can still protect their tenants by keeping the rents below those ‘real spending power terms’ of the 2008 levels,” Gray says.

He insists buy-to-let must be viewed as a medium and long-term investment, with rents in Portsmouth now 4.29% higher than they were three years ago and property values 16.21% higher than January 2016.

“For the long-term, even with the barriers and challenges that the government is putting in your way – the future couldn’t be brighter if you know what you are doing.”

Gray says investment is the key word here. “Tenants will pay top dollar for the right property but in the right condition. Do you know where the hotspots are in Portsmouth, whether demand is greater for two-beds in Portsmouth or three-beds? Whether city centre apartments offer better ROI than terraced houses or semis?”

To make the most from their investments, Gray says landlords need the expert guidance and assistance of professionals – to assist them on regulatory matters, advise them on the future of their portfolio and place a ‘property empire’ in a limited company if required.

Is the end for ‘no fault’ Section 21 evictions nigh?

With all the main political parties committing to abolishing Section 21 evictions, Gray asks whether we are close to saying goodbye to this type of repossession – something which could potentially affect Portsmouth’s large PRS of approximately 55,600 tenants.

“In the late spring, the government announced that they were planning to end no-fault evictions for tenants living in private rented accommodation,” Gray says. “I have had a number of Portsmouth landlords contact me anxious that removing a tenant from their buy-to-let property in the future could possibly become a lot more problematic.”

“Yet, at the launch of the consultation on the changes to the piece of legislation relating to no-fault evictions, the government wanted to assure British landlords that they would be protected by the bolstering of the existing Section 8 legislation,” he added. “The current Section 8 allows landlords grounds for recovery of their properties for reoccupation of the landlord, non-payment of rent and other legitimate factors.

While 22,181 Portsmouth landlords would be affected by this potential change in the law, Gray says it’s comforting for landlords and tenants in the city that most competent letting agents very rarely have to evict a tenant.

“In the worst-case scenarios the tenant needs evicting or the landlord is either selling their buy-to-let investment or moving back into their property. Look at the consultation – it has been indicated that those grounds will not be removed from section 8 powers during the government’s consultation and the talk is they will be bolstered and improved.”

Gray concludes by saying that, to put the removal of Section 21 notices into some context, only 22,527 section 21 notices made it to court last year, out of 4.5 million private rented households across the UK.

Where are the UK's most gentrified cities? ...