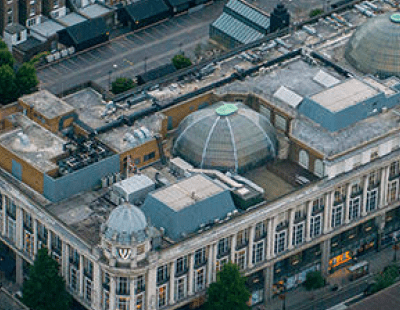 In the final part of this series – which kicked off with an update on Battersea Power Station and has since explored everywhere from Television Centre in White City to Meridian Water in Enfield – Property Investor Today takes a closer look at the overhaul of Whiteleys Shopping Centre.

To walk around Whiteleys Shopping Centre in its dying days was to witness an institution that was a very pale shadow of its former self. It finally closed in December last year, but in the final years, months and days of its life it looked like a shopping centre from a post-apocalyptic film or zombie movie.

Nearly all the stores were gone, there were barely any shoppers about, and it had the feel of something that was on its last legs – even though it still retained the sense of grandeur and prestige that had once made it one of the capital’s premier retail destinations. 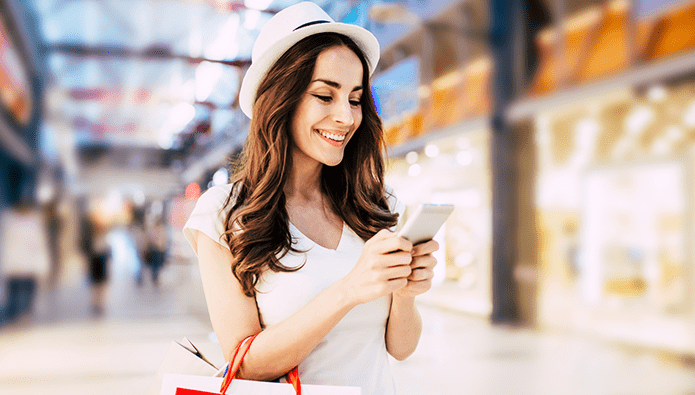 Whiteleys, which took its name from ‘visionary entrepreneur’ William Whiteley, had certainly lost the strong sense of identity and purpose built up over a number of years by the end – and had become unloved by locals and tourists alike despite its exceptional location and impressive structure.

Meyer Bergman, the real estate investment manager which acquired the building in September 2013, has set out a vision to change this, to recreate ‘the vital sense of place by reimagining this historic landmark for 21st century life’.

London’s first department store when it opened in the 1800s, the iconic Grade II-listed property – which has now been completely demolished other than its exterior façade – was ravaged by fire before reopening in 1911 following a redevelopment that retained some of its original features. In 1989 its owner converted the building into a shopping centre.

Under Meyer Bergman’s plans, Whiteleys will undergo a complete redevelopment in parallel with the firm’s regeneration of Queensway Parade, which faces the building. The project is set to deliver a mix of street-level retail units and various leisure facilities, while the bulk of the upper floors will be converted into residential use, the Meyer Bergman site states.

“The regeneration of Whiteleys represents a truly unique and privileged opportunity to transform an entire neighbourhood in the heart of London,” George Walsh Waring, managing director of Meyer Bergman, said. “It is exciting to be able to restore this historic landmark for 21st century life.”

What are the actual plans?

According to the official Whiteleys development site, the transformation is based around delivering ‘an enhanced retail experience, a residential development and new leisure facilities’, restoring Whiteleys once again to ‘its rightful position at the heart of Bayswater.’ 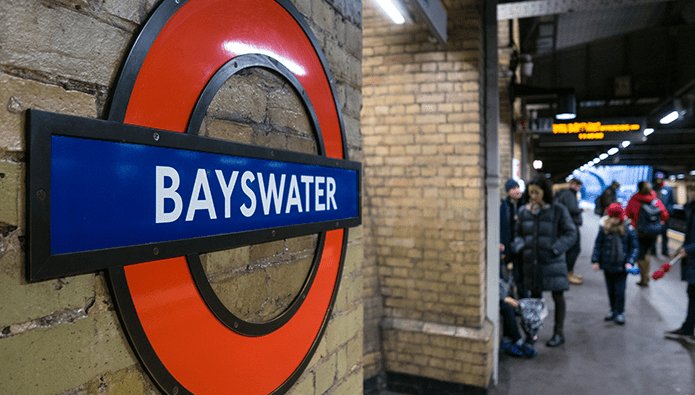 The heritage of the building’s façade – which has remained during the demolition works – will be protected and restored, while the old shopping centre will be transformed to allow new shops, cafés and restaurants to engage with Queensway. This won’t only be achieved by opening the development up onto the road, but also through a new public courtyard – which will be accessed through a retail arcade at the historic entrance to Whiteleys.

The plans are for the courtyard to be lined with retail units and restaurants, alongside entrances to leisure units that will include a new cinema, located at basement level.

The wider area is also set to be rethought in order to make Queensway and Bayswater more pedestrian-friendly and give it a ‘new lease of life as a key London thoroughfare once again’.

Homes-wise, the residential units in the upper levels of the new development are set to include one, two, three and four-bed apartments comprising a mix of corner units, duplexes and penthouses. On Redan Place, at the rear of Whiteleys, a number of townhouses will also be created. 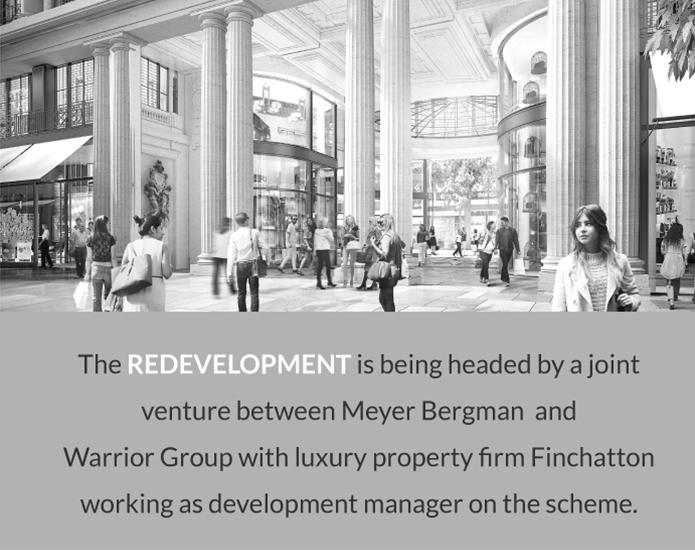 Bayswater is already a popular choice for house hunters, drawn to its impressive architecture, excellent transport links, strong sense of community and easy access to the likes of Hyde Park, Knightsbridge, Notting Hill and Mayfair, as well as the more affordable price tags than its near neighbours.

At the same time, research suggests average property prices in Bayswater have increased by 8% every year, for the past five years. In the three months leading up to November, average price per sq ft achieved in W2 stood at £1,386. 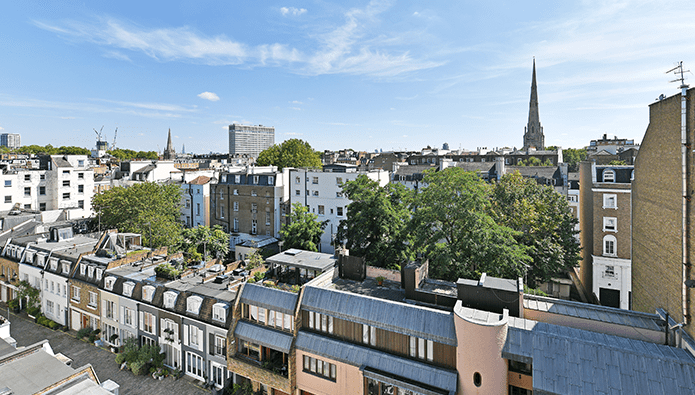 However, Berkshire Hathaway HomeServices Kay & Co – the exclusive UK affiliate of Warren Buffett's global real estate business, which covers Bayswater and the surrounding areas – is predicting a surge in values in the coming months as the area’s ongoing desirability is set to rise with the arrival of the newly refurbished Whiteleys Shopping Centre.

The large, top-spec apartments, which will include access to a large car park, a gym and a creche, as well as the shops and leisure facilities, could shatter price ceilings in an area which is already enjoying strong price growth, thanks to its affordability compared to Knightsbridge and Mayfair and the promise of major regeneration.

“This £1 billion development will replace a failed shopping centre with a destination that local residents and tourists alike will use regularly due to its wide variety of shops, restaurants and leisure facilities,” Martin Bikhit, managing director at Berkshire Hathaway, says. “In the last 12 months the highest recorded value in the Bayswater area, according to Land Registry, was £15,500,000 for an apartment and £25,570,001 for a house, with rental values increasing by 8%.”

He added: “The total value of transactions over the past three months was £77,400,000 for an apartment and £51,800,000 for a house. These prices will only be considered to rise with the luxury regeneration.”

Bikhit says the rising values seen by Land Registry reflect the fact that Bayswater has so much to offer already – and will have even more appeal when the regeneration completes.

“For many, Knightsbridge and Mayfair were the places to visit for culinary delights, shopping and culture, however, the regeneration of Whiteleys is set to change that as it will offer a new lifestyle not seen before in Bayswater,” he comments.

At present, Bayswater’s high street, which leads into Queensway in one direction and Westbourne Park and Royal Oak in the other, is diverse, busy and interesting, but also a little run-down. It’s dominated by Italian and Chinese restaurants, as well as high-profile chains and fast-food joints. Like much of West London, it has a strong Middle Eastern community, which is reflected in a number of shisha bars and restaurants in the surrounding area.

But Bikhit thinks the regeneration will have a transformative effect on the area, and values could shoot up as a result.

“The scheme, which offers a hotel, shopping and new residential homes, will drive up property values in the area, therefore we are urging those looking to buy to do so now.”

Bikhit concluded: “Bayswater has long been popular with discerning individuals and more recently has seen an influx of graduates and young professionals, making up 76% of the population. Sales in the area have reached total values of £642,588,101 in the last 12 months; a figure we expect to see rise further as the regeneration comes to fruition, making now an ideal time to buy.”

Has it faced issues?

Yes, the recent demolition works – carried out by construction giant Erith on behalf of Meyer Bergman – did cause issues for local residents in terms of noise and disruption, with one news story claiming that Erith had threatened to sue a resident who complained about the noise.

Hundreds of local people were angered by the drilling, which could be heard up to 800 metres away, and voiced their frustrations on Nextdoor, using the site to share experiences of the noise and disruption while also criticising Erith.

A Whiteleys Noise Action Group was also set up, to find solutions to the underground noise caused by the demolition of Whiteleys, while Labour earlier this year called for action to stop the intolerable noise pollution from the Whiteleys redevelopment.

The development was also granted planning permission in the first place despite a petition to prevent this, which generated more than 1,000 signatures. 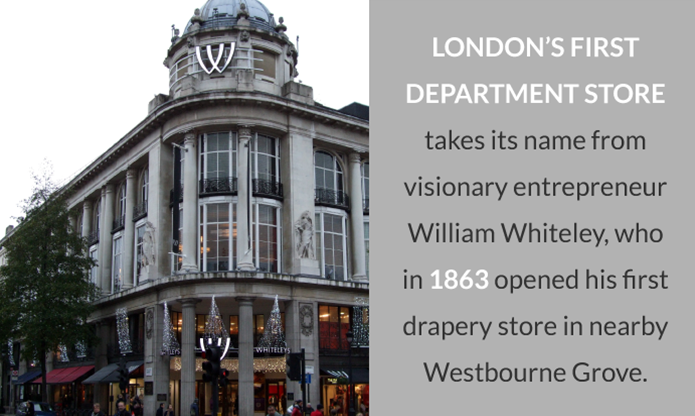 It’s certainly clear that not everyone is happy with the plans, although with demolition works now seemingly complete the noise and disruption may lessen. The scheme will also face question marks about its affordability – given all the homes at play are defined as luxury – and whether it can have a positive impact on the local area in a way that the previous centre, towards the end, was definitely not.

It’s hard to find a concrete date of when the development is set to complete, while what will actually be included in the final project seems to differ slightly wherever you look, but work is now well underway and conservative estimates suggest the scheme could be finished by 2022.

The above findings suggest it is already having a significant impact on prices, but whether its wider social and cultural impact can be as high remains to be seen.

In the region of £3bn was invested into UK shopping centres...