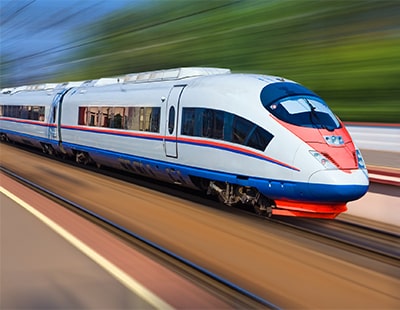 On Wednesday, it was announced by the government that it is launching a review of the high-speed rail link HS2, which is expected to be published in the autumn.

It has put the infrastructure project in serious doubt, with Transport Secretary Grant Shapps saying a ‘go or no-go’ decision will be made by the end of the year.

But Damien Siviter, executive director of SevenCapital, has suggested that HS2 could be the greatest thing that never happened to Birmingham.

“The enhanced connectivity that HS2 brings to the regions could be hugely beneficial to business by significantly improving access to skills which allows business to grow,” he said.

“Based on that, HS2 should happen. However, for an incoming government, due to the scale and cost of the project, it is right to make sure that it will work based on their objectives for the future of business and transport in the UK.”

“Should the decision be made to scrap HS2 completely, whilst it would be a blow, it is unlikely to undo all the progress that it has kickstarted already, particularly within Birmingham.”

Birmingham, the second largest city in the UK, has seen its economy, population and regeneration boosted in the years since HS2 was announced.

This, Siviter argues, has had less to do with the reality of speedier connections and widened access that the high-speed rail line will introduce, and is instead based more on how HS2 has actually highlighted all the benefits that Birmingham has to offer.

“London has started to burst at the seams and has been pulling on the purse strings of businesses and its population for a long time. HS2 has presented Birmingham as a seriously good, affordable alternative, and with significant room to grow,” Siviter added.

He said Birmingham has succeeded in proving itself as a place where global business can thrive, offering ‘a fantastic way of life’ and ‘unrivalled connectivity’ to the rest of the UK.

“Even without HS2, Birmingham’s position, at the heart of the UK’s transport network, already provides access to all major cities in under four hours, with major motorways, the busiest rail station outside London and one of the busiest airports in the country, all easily accessible,” Siviter continued.

In recent times, the likes of HSBC and HMRC have committed to the city as a base for their major headquarter operations, with HMRC securing the largest pre-let seen in the city for a decade.

As we’ve seen in various stories on Property Investor Today, there has also been billions of pounds invested in infrastructure and regeneration projects which are either completed, under construction or in the pipeline. These include a sold-out scheme in Digbeth and SevenCapital’s own flagship Birmingham city centre development, St Martin’s Place, which is almost sold out just one year since going on sale off-plan.

Will HS2 be scrapped?

The government review - which will be chaired by Douglas Oakervee, a civil engineer and former chair of HS2 Ltd, and his deputy Lord Berkeley, another civil engineer who worked on the construction of the Channel Tunnel - will evaluate whether and how the scheme, which aims to connect London, the Midlands and northern England on a greater scale than ever before, should proceed.

While billions have already been spent, Grant Shapps refused to rule out scrapping it entirely, saying it was ‘responsible’ to look at whether the benefits of the project add up.

Phase 1 of the development - linking London and Birmingham - is set to open at the end of 2026, while the second phase to Leeds and Manchester has a scheduled completion date of 2032-33. 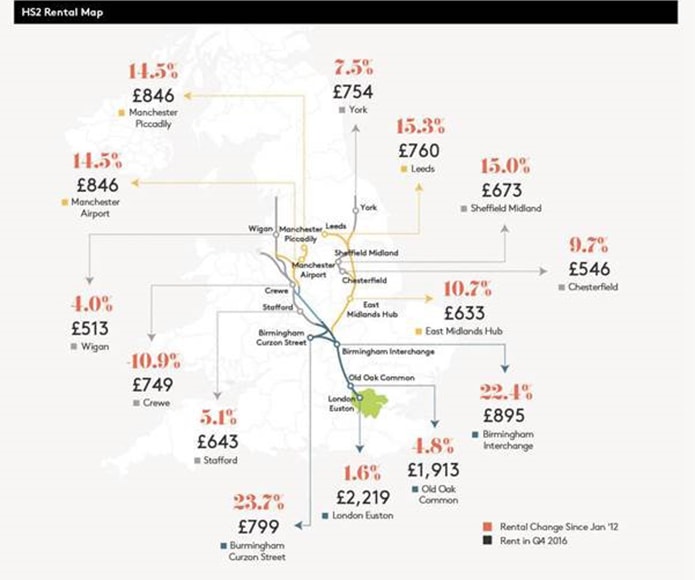 These dates are now much less certain for a project which has been beset by complications, delays, controversy and protests since it was first announced by the-then Labour government in 2009.

One of the biggest criticisms of the project has been the rapidly rising costs involved, with warnings that the current budget of £56 billion could increase by another £30 billion. The existing budget is already way above the original budget of £32.7 billion. So far, some £7.4 billion has been spent on HS2.

“Just because you’ve spent a lot of money on something does not mean you should plough more and more money into it,” Shapps insisted.

“Go and find out genuinely what it would cost to complete this project, and then we'll be in a much better position to make that decision by the end of the year.”

Current Prime Minister Boris Johnson is known to have reservations about HS2. While Johnson has said he would not scrap the plans for the new rail link, during the Conservative Party leadership race he did say he had ‘anxieties about the business case’.

Many are for scrapping the new rail line completely, though, with the Stop HS2 campaign the most vocal and organised opposition group.

Joe Rukin, part of the Stop HS2 campaign, said: "If this is a genuine review, [the government] must stop work now, because irreparable damage is being done to unique habitats, ancient woodlands."

Rukin also accused HS2 of ‘sending out possession orders like there is no tomorrow’, in reference to the project’s controversial practice of buying up homes in the path of the line with the compulsory purchase of properties.

The campaign also highlighted concerns that the review is being chaired by Douglas Oakervee, a former chair of the project, saying that he was being given the opportunity to effectively ‘mark his own homework’.

However, his deputy, Labour peer Lord Berkeley - having been critical of the scheme before – should help to offset any conscious or unconscious bias.

The project divides politicians and business leaders, too. While Andy Burnham, the Labour Mayor of Greater Manchester, supports HS2, he has complained that the review panel includes two elected representatives from the West Midlands but none from the North of England. 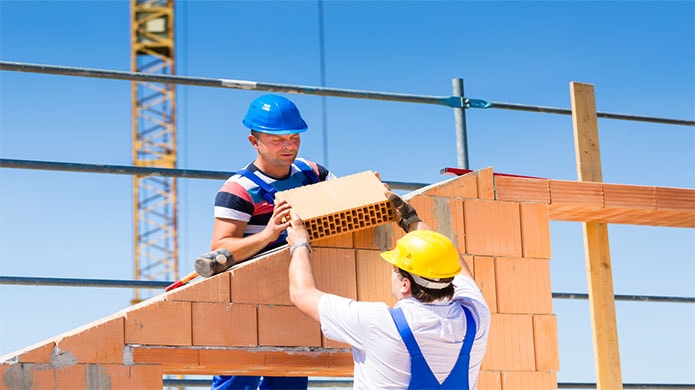 Andy Street, the Conservative Mayor of the West Midlands, who will have a seat on the review panel, argues that HS2 is crucial for the West Midlands and is already helping to create jobs and build new homes.

His colleague, Dame Cheryl Gillan, Tory MP for the constituency of Chesham and Buckinghamshire, which HS2 will run through, is not in agreement. She told the BBC that the costs of HS2 had risen ‘astronomically’ and, as such, it was now ‘completely unviable’.

Lord Adonis, the Labour peer and former transport secretary who worked as an infrastructure adviser to Theresa May, was blunt in his appraisal of the review. He labelled it ‘as stupid as you can get’ and claimed it would ‘screw Birmingham and the North’.

There are worries that the North of England will lose out if the scheme is scrapped or reduced. Even in its present state, the project could be short-changing the North, according to a report by a committee of peers in May this year.

On the other hand, business leaders have called on the government to deliver HS2 in full, arguing that continued backing for the next phase of the scheme is vital. In an open letter written in June, signed by more than 20 business leaders including the CBI, the Institute of Directors, the Federation of Small Businesses, the British Chambers of Commerce, London First and Business Improvement Districts, they urged the new prime minister to back the project.

What will the review examine?

HS2, which is designed to carry trains capable of travelling at 250mph and would cut journey times from London to Birmingham to around 41 minutes, will be subject to a review which looks into:

- cost estimates up until now

- the environmental impact of the project

- the extra costs of cancelling the project or changing its scope

According to HS2, there will be 9,000 jobs supported by the railway and a 345 miles new high-speed track cutting journey times dramatically between London and Birmingham, as well as Manchester, Leeds, Crewe, Liverpool and Sheffield. It will also improve journey times between the major cities of the West Midlands and the North.

Critics point to its mammoth cost, environmental impact and damage to local communities as reason to scrap it. We will only know more by the end of this year which way the scheme will go.