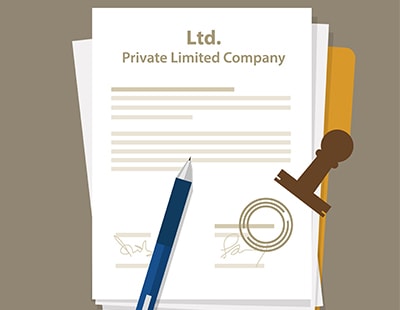 The number of buy-to-let lenders lending to limited companies has increased by 47% over the past year, according to Mortgages for Business’ Buy to Let Index.

In the last quarter alone, three new lenders have entered the market, meaning 22 buy-to-let lenders are now competing in the same space. This is up from 15 in the third quarter of 2017.

The new lenders are West Bromwich Building Society, Magellan Homeloans and a lender which is currently running an exclusive pilot with Mortgages for Business.

As you’d expect, there are now more buy-to-let mortgage products in the market as a result of these new lenders, with the Index revealing that the total number of mortgage products available to landlords borrowing via a limited company averaged at 628 in the last quarter. This figure has more than doubled year-on-year from the third quarter of 2017, when the total number averaged at just 263.

Meanwhile, in the wider mortgage market, the research found that an average of 1,571 products were available between July and September, up from Q2 2018 where the number of products averaged 1,547.

Overall, 44% of completed buy-to-let mortgage transactions were made by limited companies in the third quarter of 2018, up from 42% the previous quarter. Corporate structures (in particular Special Purpose Vehicles) can offer financial efficiencies and have proved increasingly popular since the government announced changes to mortgage interest tax relief in July 2015. The phasing out of mortgage interest tax relief began in April 2017 and will reach 0% in April 2020.

The findings also revealed that the trend for remortgaging continued, with only a third of buy-to-let mortgage transactions actually being made for purchases. The only type of property witnessing a rise in transactions was houses in multiple occupation (HMOs), where 36% of transactions were purchases, up from 33%.

Additionally, most landlords are now opting for a fixed rate buy-to-let mortgage (96% of borrowers using Mortgages for Business chose this type of mortgage in Q3 2018, up from 93% in the previous quarter).

“It has been encouraging to see so many new entrants to the specialist end of the buy-to-let market in the last quarter, putting product availability at an all-time high,” Steve Olejnik, managing director at Mortgages for Business, said.

“This just goes to show there is still a lucrative, buoyant market out there following on from the recent regulatory changes. With the uncertainty surrounding Brexit and the possibility of another bank rate rise in the near future, I am not surprised that the majority of landlords are choosing to fix. It will be interesting to see what knock-on effect this will have on the buy to let remortgage market.”

Some 93% of landlords financing buy-to-let property opted for a fixed...

Since the start of the year, the cost of a typical...