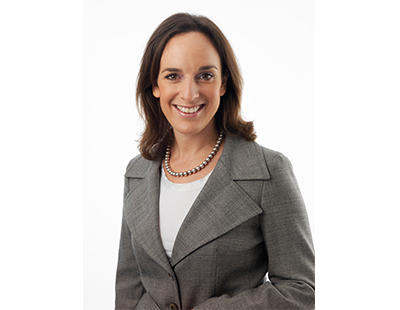 The biggest talking point in 2017 will be triggering Article 50 to begin the process of Britain’s exit from the EU, and what immediate effect this might have on property prices and the value of sterling. We also predict that as new tax changes start to take hold for private landlords in April 2017 we may start to see some landlords sell their properties, but with a low interest rate set to prevail, any wide-scale sell-off will likely be avoided.

In the final few months of 2017, we will start to see the first completions of the former BBC Television Centre, also known as TVC, where we have acquired seven new apartments for clients. While we wouldn’t always recommend our clients buy new-builds, we have been big advocates of TVC owing to the fact that the development is part of the wider regeneration of the White City area.

It ticks a lot of boxes in terms of what we look for when advising clients. These include proximity to fantastic transport links [Wood Lane and White City tube stations are on the doorstep], Westfield, which is also undergoing a John Lewis expansion and will become one of Europe’s largest shopping centres, and Imperial College is creating a major new campus at White City, including more than 2 million sq ft of new offices and restaurants.

The development itself will also be home to a Soho House hotel and private members’ club, a 20,000 sq ft gym and spa run by Cow Shed, and at some point in 2017 the BBC will resume making television programmes on the site having vacated temporarily to allow the redevelopment to take place. Clients of ours who bought into the scheme in early 2015 have already seen a 10% uplift in the value, and we are encouraged by the fact than unlike a lot of other new-builds, there is so far very little evidence of buyers trying to sell on their contracts before completion. I think a lot of people are buying into a new lifestyle and as such see these investments as a long-term hold.

In terms of other London neighbourhoods to look out for, Tottenham is increasingly popular at the moment as first-time buyers and investors seek value. The area is also very well connected, being on the Victoria line and with a station on Crossrail 2 planned for Tottenham Hale. According to Rightmove, sold prices in Tottenham Hale in 2016 were 14% up on the previous year and 50% up on 2013, when the average house price there was £229,063. Haringey Council has committed to building 10,000 new homes and providing 5,000 new jobs in the area by 2025, and has secured more than £1 billion of investment. More than 1,100 affordable and private homes plus student accommodation have been built at Hale Village, two new schools are planned, while Tottenham University Technical College opened at the end of 2014.

For design and interior trends, the latest buzz word is ‘wellness’. With so many of today’s buyers of high-end property concerned about their health, creating wellness spaces within homes and new developments will become more important. It’s not just about creating a spa or gym, it’s also about offering the right programmes – yoga retreats, healthy eating plans etc, are all part of this.

Plan to ban leaseholds on new-build houses is ‘step in right direction’ ...

The government’s plan to ban housebuilders from selling houses as leasehold...