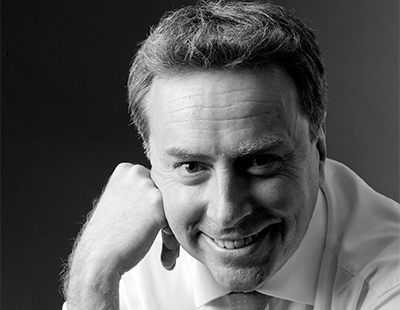 Richard Barber, director at Prime Central London estate agency W.A.Ellis, part of the JLL Group, offers his thoughts on what property market trends we can expect over the coming year.

The biggest taking points in 2017 will likely be Brexit – when will the government invoke Article 50 of the Lisbon Treaty to begin the process of the UK’s withdrawal from the EU and what will the terms of negotiations be – as well as proposed changes to letting agents’ and property management fees, as well as the perenial thorny issue of stamp duty and it’s negative effects on the sales market, especially in prime central London.

The latest indications are that the government may be softening its stance on delivering an immediate “hard” Brexit in favour of preserving the UK’s access to the single market. This will be good news for a global city like London, which exports goods and services, not least in the financial sector, and relies on the flow of talent from around the world to fuel its powerhouse economy and keep the residential sales and lettings markets buoyant.

After a period of uncertainty, we hope we’ve seen the last of diminishing property values, as the past few months seem to show we have hit a plateau since the Brexit vote. Buyer demand and confidence is returning to the housing market, though we are by no means seeing a surge in prices. We may see another blip as and when Article 50 is triggered, but interest in and demand for homes in London remains high, and rates of price increase will continue to gain traction as uncertainty is dispelled.

Through the final quarter of 2016, we saw more high-value sales and renewed confidence from buyers. It’s likely some of the activity can be attributed to the weaker pound against the dollar and we have seen funds seeking safe-haven from both Turkey and Thailand, for example.

JLL’s prediction of 0% growth within PCL in 2017 is mirrored by the Office for Budget Responsibility’s own cautious Aurtumn Statement prediction of reduced growth in the face of Brexit negotiations being initiated in spring 2017. The market fundamentals in Chelsea, Kensington, Belgravia and Knightsbridge are strong, however, and while demand from buyers is more discretionary than needs-based, we should experience a steadier market going into 2017, with prices returning to growth from 2018 onwards.

Many have called for a relaxing of the stamp duty stranglehold that then chancellor George Osborne placed on the upper strata of the housing market at the end of 2014, but despite concerted lobbying from agents and support from national media outlets, neither SDLT nor the draconian measures imposed on landlords such as the changes to borrowing criteria or the phased withdrawal of the upper rates of tax relief, both of which take effect in 2017, were addressed by Philip Hammond at the end of November – an opportunity missed perhaps.

Mr Hammond did impart that there would be a ‘step-change in housing supply’, with a £2.3bn infrastructure fund, £1.4bn of funding for 40,000 new affordable homes and the continuation of the Help to Buy ISA. While none of the above will impact the upper end of the PCL market, the general optimism of his speech and the fact the IMF predicts the UK to be the fastest growing economy in Europe, with 2.1% growth forecast in 2016, is perhaps the reason why, even in the run up to Christmas, we’ve been experiencing a surge of new business.

Mr Hammond did however speak out against letting agents’ fees, and said these would be banned altogether following an industry consultation, with agents themselves or landlords having to bear the costs of checking tenant references and other associated fees at the beginning of a tenancy. Many in the industry argued that this plan has not been properly thought through, and risked landlords passing on increased costs to their tenants in the form of higher rents. Others argued that the ban should not be imposed overnight, and that 2018 is a more realistic date for it to take effect. Another big point of discussion in the year ahead I predict will be tenancy management fees – what are reasonable fees and why the housing market is stacked against them.

In summary, we think those who plan to make a move in 2017 should be able to do so without too many complications, though people would be well advised to set aside pre-2014 notions of whopping returns and a queue of cash-rich buyers stretching round the block. As ever sellers should look to present their homes to the highest possible standard to really stand out from the crowd and attract maximum interest from potential buyers, who are proving especially discerning in the current market.

Buyers worried about possible interest rate rises can probably benefit from a longer term fixed mortgage of up to ten years to mitigate any fluctuations or a sooner-than-expected upwards move in interest rates caused by Brexit and attendant rising inflation, but while the market isn’t as strong as it once was and there are fewer guarantees that residential property is a cast-iron investment, those who plan their strategy wisely and tailor it to suit their specific needs can make a move in 2017 really work for them.

And the same principles apply to buy-to-let investments. There may be higher entry costs involved thanks to the 3% stamp duty surcharge, while business models of larger ‘portfolio’ landlords will be under pressure from the phased withdrawal of higher rates of mortgage interest tax relief from April, but there are still sound buy-to-let investments to be had for those willing to do their homework

Predictions for 2022 - from sustainability and design to connectivity and net zero ...

With the new year now upon us, the predictions for what...