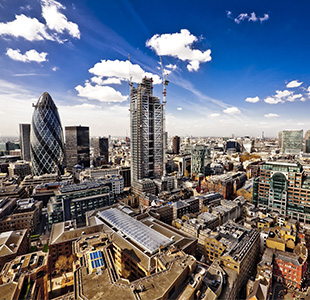 Britain’s decision to leave the European Union is set to have a mixed impact on housing markets across London, according to independent property buying agency, Black Brick.

The company forecasts that activity in the sub-£2m price bracket will remain strong, thanks to favourable yields, good liquidity, and domestic demand. But the company expects to see the prime and new-build outer prime markets slow, having already experienced a lull period before the referendum vote.

Camilla Dell, managing director of Black Brick, said: “We expect the section of the market dominated by domestic buyers and those working in the financial services sector – predominantly £2-5m, but also up to the £12-15m range – to potentially face some pressure linked to Brexit concerns.

“However, even relatively low numbers of bankers leaving areas such as South Kensington or Notting Hill – where Europeans, in particular, tend to be concentrated – could have a significant effect on local markets over the next couple of years.”

Black Brick has identified areas such as Nine Elms in Vauxhall and Earls Court in West London as being particularly vulnerable due to an oversupply of high-end properties aimed at overseas investors, despite widespread reports that many overseas nationals are planning to take advantage of the weak UK pound and buy property in the capital.

However, with plenty of bargains to potentially be had, Camellia Dell does expects the super prime market remain popular with international purchasers, with the collapse of the sterling meaning that dollar buyers are actually factoring in a 12.5% increase in their purchasing power since before the poll.

Dell added: “For the global elite buying properties at £15m-20m or above, purchases tend to be about lifestyle choices, rather than business decisions, or are to diversify extremely large portfolios. Indeed, we are still seeing transactions continue; Brexit did not feature in conversations with clients in this part of the market before the referendum, and it is unlikely to be much of a factor now it is underway.”

Despite a backdrop of political uncertainty, sales volumes are starting to...