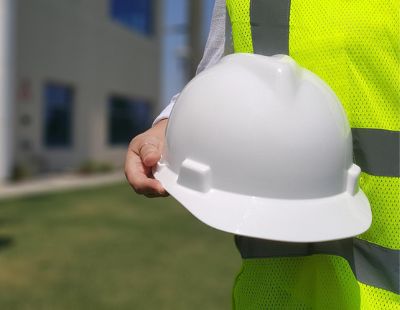 A recent analysis of all FTSE 100 and 250 webpages by Contensis has revealed which businesses have the best and worst online performance.

Contensis discovered that the homepages of property and construction businesses take almost four seconds longer than the number one ranking sector, media, and publishing.

Consumers value instant access to websites, therefore the lack of speed could be the reason for the poor performance.

Industries with the best and worst online performance

Property and construction businesses did not make it to the top 10 industries to when it comes to online performance. Despite being slow to adapt to technology, these industries have started to embrace PropTech more, but these statistics show there is much more work to be done.

Other industries that also failed to make it to the top half of the table include travel, hospitality, leisure, retail, and the grocery sectors.

The results show that FTSE 250 companies are doing better than their FTSE 100 counterparts because they load one second faster and are easier to access,

The full report of the findings and the league table of results are available on the Contensis website.

Overall, the construction and engineering firm, John Laing, scored 100 for performance and 97 for accessibility, and a homepage load speed of less than half a second. On average, most businesses took 8 seconds for homepages to load and scored 43 for general performance.

“This research shows us just how much the big players value their online presence. Industries that you’d expect to be doing really well, like food and beverages, are not performing as you might think. Other industries, like property and construction, could be doing much better - in an industry that relies heavily on reputation and consumer trust, a well-performing online platform is crucial to success.”

“I think the biggest eye-opener is that, consistently, we all need to up our game when it comes to accessibility. Property and construction businesses, for example, should be mindful that 22% of the UK population have a long-term illness, impairment or disability according to latest figures. More can be done to support these users online which would be win-win for businesses operating in this space and their customers.”

A BTR mystery – what has happened to Atlas Residential UK? ...

When putting together our recent three-part series on the Build to...