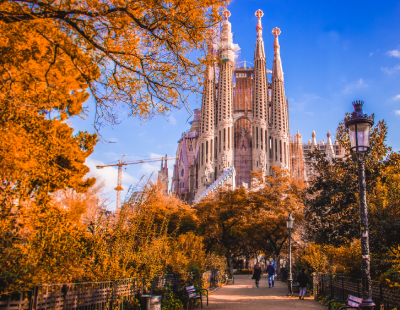 Barcelona is now the number one property hotspot in Spain following the scrapping of rent capping across Catalonia. That's according to Lucas Fox International.

The Catalan Government recently scrapped the law which caps rental prices, as it had failed to make housing more affordable across the region - a potential blow to those advocating for rent controls in other parts of the world, including in the UK.

Lucas Fox says the legislation made property investment in Barcelona City less attractive as yields fell due to lower rental income and housing prices continued to rise. As a result, the rental law has been declared as inconstitutional and is no longer valid, with immediate effect.

The agency says Barcelona - famed for its world-famous football team, its fierce sense of independence and the work of architect Antoni Gaudí - has appealed to many second-home buyers and investors over the last few decades, with an increasing number of expats also making the city the location for their family home. They come to enjoy all the economic and lifestyle advantages the city has to offer, like outstanding healthcare and education, Lucas Fox argues.

Regularly placed at or near the top of the global city rankings for quality of life, the city was recently ranked fifth place for ‘urban quality’ according to The Economist Intelligence Unit 2021 ranking, just behind Miami. The capital of the Catalan region is often described as ‘having it all’, and Lucas Fox says it stands as a very safe investment compared to many other cities across Spain and internationally.

“This is great news for Barcelona, as the end of the rent capping will allow investors to fully capitalise from purchasing in an international city which offers an attractive and safe return on their investment," Mohammad Butt, Lucas Fox's Barcelona office director, said.

“The ECB has indicated a possible interest rate increase in order to regulate inflation therefore now is the time to be requesting a mortgage whilst rates remain low.”

“The return of foreign investors with the lifting of travel restrictions and quantitative easing programme within the EU has been the main driver for the Spanish recovery and real estate market."

He added: “Barcelona offers a privileged location on the Mediterranean Coast, presiding over a rich and fertile gateway region between France and Spain. With outstanding sights and culture, the city attracted 10 million visitors pre-Covid, making it one of the world’s top 20 tourist destinations.”