UK property consultancy Allsop kicked off 2022 with a near-perfect (91%) success rate in its February auction.

It raised £34.7 million from 57 lots, with almost a third of successful buyers having never purchased at auction before. This is nearly double the proportion before the pandemic.

Some 32% of lots were purchased by first-time auction buyers, up from 17% in 2019 and 20% in 2020. Meanwhile, the average lot size in Allsop’s February auction rose 19% on December’s average, as more than a fifth of lots sold from over £1 million.

Having raised £584 million in 2021, Allsop’s first commercial auction of the year was once again dominated by retail investments. In total, retail accounted for 74% of the value of lots sold, including the sale of a portfolio of Boots’ pharmacies. 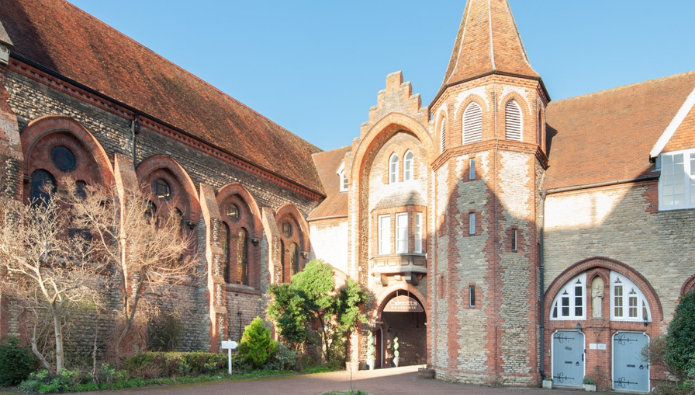 Lot 35 – a Grade II mixed-use investment in Milton Keynes, comprising a restaurant and flat, offices and yoga studio that sold for £1.495 million (7.8% NIY).

Boots Portfolio – a nationwide portfolio of 13 pharmacies let to Boots with between three years and eight years term certain. Sold 12 at a combined price of £6.3 million (average NIY: 6.1%).

George Walker, partner and Auctioneer at Allsop, comments: “It was encouraging to see a wide variety of new buyers entering the market – many of whom were bidding competitively across multiple lots – as well as special purchasers including tenants and neighbouring owners, demonstrating the wide appeal of our auctions.”

“The growth in buyers purchasing at auction for the first time highlights how vendors and buyers are increasingly attracted to auctions as part of their acquisition strategy. As this trend continues, we will likely see more vendors adopt a hybrid approach of auction and private treaty to secure the best deal – a trend we are already seeing with growing frequency.”

Shepherd Commercial Auctions has been appointed to market for sale by auction a range of public sector properties on behalf of the Scottish Government.

The contract, which will encompass a broad range of public bodies, is for an initial two-year period with an option to extend.

The intention is to operate four auctions on behalf of the Scottish Government each year.

The appointment follows Shepherd Commercial Auctions’ announcement that it has secured £6 million of property sales from start-up within its first year of operation after its biggest auction to date in October, which saw 30 lots selling some £3.55 million of property under the hammer on the day.

Commenting on the appointment, Shepherd Partner Kevin Bell says: “We’re delighted to secure this prestigious appointment from the Scottish Government, which acknowledges the benefits to be had from selling a range of properties at an auction managed by a professional chartered surveying practice with a range of specialist surveyors based across the length and breadth of the country offering extensive expertise coupled with in-depth local market knowledge.”

A Scottish Government spokesman adds: “Shepherd Commercial Auctions were chosen through the results of a robust tendering process and their experience as an established player in the Scottish commercial property marketplace ensures they will be able to provide strategic advice on the optimal disposal of a range of public sector land and buildings at auction.”

“Among the benefits of the online auction process, it offers are the speed of transaction together with the ability to achieve the best value from a transparent live stream competitive auction process open to all.”

Shepherd Commercial Auctions’ first auction on behalf of the Scottish Government is scheduled to take place in the first quarter of this year.

Cyclopark in Kent sells for whopping £1.2m at Clive Emson

The cyclopark – which describes a multi-sport open-air centre for activities, such as a skatepark – sold for £1,213,000 after a fierce bidding war.

Managing director James Emson comments: “The interest was phenomenal, with 200 bids made and the final one sprinting in at nearly 65.5% above guide. Our varied selection of lots continues to deliver for buyers and sellers alike.”

The site was among 102 lots listed across southern England with Clive Emson, which works with a network of 850-plus estates agents.

Keeping with education, a former library and school master’s house overlooking the green at Bearsted, Kent, went for £702,000 against (lot 95). There were 159 bids, with the final bid £322,000 above estimate.

Buildings with religious connections also went under the hammer. They are a Methodist chapel and Sunday school near Helston, Cornwall (lot 66, £159,950), and a former church hall near Uckfield, East Sussex (lot 70, £201,500).

Clive Emson has already raised over £18 million in sales this year, with the February auction achieving a success rate of over 75%.

The firm’s next auction ends on Wednesday March 23, with the catalogue going live from Friday March 4.

Strong bidding saw the hammer come down at four times the guide price of numerous properties in Bond Wolfe’s first auction of the year, with total sales hitting £17.7 million.

And a freehold commercial and residential property at 1471 Pershore Road in the up-and-coming trendy suburb of Stirchley sold for £190,000, also from a guide price of £50,000-plus.

These were just two of the outstanding results that saw Bond Wolfe sell 132 of the 146 lots offered, recording an overall success rate of 91%.

Bond Wolfe chief executive Gurpreet Bassi comments: “The year has got off to a strong start with our first auction which raised over £17.7 million in sales.”

“The property market remains buoyant, and the outlook is looking even more positive with further easing of Covid restrictions.”

Another lot that raised competitive bids was for freehold land where the Rising Sun pub used to be located at Barton Street in West Bromwich. This was successfully sold on behalf of Sandwell Council for £192,000 from a guide price of £50,000-plus.

Back in Birmingham, other strong sales included three self-contained flats in an end-terraced property at 1 Abbotsford Road in Sparkbrook, which sold for nearly three times the £100,000-plus guide price at £296,000.

Meanwhile, freehold retail premises at 184 Sutton New Road in Erdington being sold on behalf of Birmingham City Council went for £387,000 from a guide price of £200,000-plus.

There was also a new future beginning for the former Brennan’s Bar at 2 Regent Street in Long Eaton, Derbyshire, a property that was once the town’s Conservative Club. This had a guide price of £250,000-plus and was successfully sold prior to auction for £375,000.

Bassi adds: “Our first auction of the year proved there is phenomenal buyer interest for property up and down the UK. With many agencies reporting low stock levels, it could be a fantastic time to sell a property by auction.”

Bond Wolfe’s next auction starts at 9am on Wednesday March 30 2022.