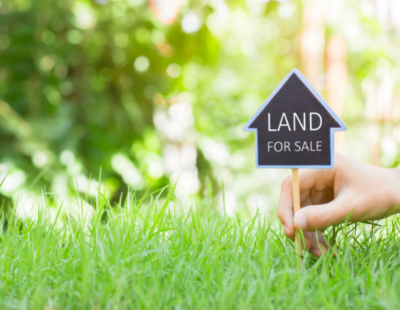 Following the news of the departure of Robert Jenrick and the introduction of Michael Gove as Secretary of State for the newly renamed Department for Levelling Up, Housing and Communities, Imogen Holgate, graduate planner at Boyer, discusses the latest planning reforms and the key misconceptions of land banking.

The government’s housing carousel continues to turn where last week brought the news of the departure of Robert Jenrick and the introduction of Michael Gove as Secretary of State for the newly rebranded Department for Levelling Up, Housing & Communities.

It is widely expected that Jenrick’s planning reforms will be scrapped, or at the least significantly watered down. To this end, we might expect to see a change in direction given with Michael Gove’s past experience lobbying against housing development and his approach to tackling the housing crisis at a time where we still face a shortage of housing, material price inflation and supply chain issues.

One issue that will be at the front of the new housing secretary’s agenda is land banking. In May 2021, before Jenrick’s departure, it was confirmed that the government were considering a levy on developers that fail to build out land with planning permission within a certain time limit.

Historically, it has been a persistent claim that land banking prevents an increase in the number of homes being built, subsequently adding to the housing shortage. It has been, and continues to be, a sticking point and belief that instead of building new homes, housebuilders are deliberately holding land with planning permission to enhance its cost. This accusation has been thrown at housing developers and promoters of all sorts, but how true is it?

Obtaining planning permission isn’t the issue – it is the barriers that developers must wade through to implement it. Take the long list of conditions that must be met before building can commence – whilst housebuilders can respond and iron out the various technicalities required by conditions, Local Planning Authorities (LPA’s) are increasingly experiencing staff shortages, meaning that these conditions are not being discharged in a timely manner.

Dwindling supplies of key building materials such as roof tiles, cement and timber shortages continue to largely impact the construction industry, notably more since 2020. Evidently, the struggles housebuilders are facing in obtaining these materials is inevitably delaying the start of construction on-site, and also the halting of the construction of those already commenced.

The housebuilders which are notoriously blamed for not building homes quickly enough to address the housing shortage require a land bank to maintain their business. The process of building new homes is not a short one and requires certain stages to be met, including applying for planning permission, negotiating with the LPA and finalising negotiations with landowners.

As we all know the planning system is slow and protracted in nature (which isn’t helped by the government’s reduced funding of LPAs). Once permission is granted by a local authority there are often significant delays agreeing to legal terms with the Council and landowners, which means development cannot begin immediately on site. This often leads to misconceptions by local people that the developer is ‘land banking’ whereas this couldn’t be further from the truth.

The reality is that the financial costs of servicing the developer’s debts means it is in the developer’s interest to begin work as soon as possible. Any delays essentially increase the annual financing costs for housebuilders.

As discussed, financial incentives for housebuilders are heavily weighted towards bringing sites forward for development, in particular the largest housebuilders who are assessed by the City on their total completions. Therefore, it is not the resistance of housebuilders not wanting their sites to implement the permission, but more external factors prolonging it.

Perhaps the way forward is to ensure that the deliverability and viability of sites for development are properly assessed in the plan-making process. Shortening the timescales for implementation of planning permission will only put greater pressure on already under-resourced LPAs and as such greater resources must be given to LPAs to determine planning applications and work alongside developers to address the housing shortage.

It’s time we tackled the root causes and rethink the way in which new homes are built.

The existing planning system is the biggest obstacle to residential development,...