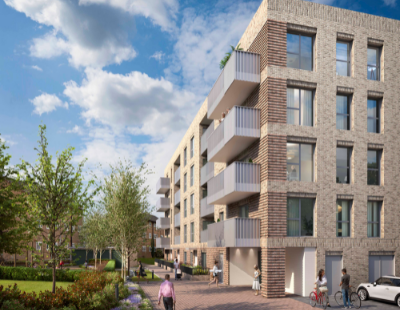 In this property investment roundup, PIT zones in on a new co-living scheme in Exeter, a potential halt in housebuliding and a construction milestone in Kingston upon Thames.

Watson Farley & Williams (WFW) has advised Ropemaker Properties Limited, the property arm of BP Pension Fund, on its circa £17m forward-funding acquisition of a co-living scheme in Exeter with developer Watkin Jones. The scheme will offer 133 studio homes and places a focus on community living.

There will also be various shared facilities including a gym, cinema room, kitchen and dining areas, as well as co-working space. The development is set for completion in August 2022 and is BP Pension Fund’s first co-living scheme.

The transaction involved the acquisition of land required for the scheme from Watkin Jones, as well as a development funding agreement (DFA) with them.

Ganatra said: “I am delighted to have been able to advise Ropemaker on this development acquisition which represents a valuable addition to their existing investment portfolio. This deal cements our reputation as one of the leading law firms advising on real estate forward funding acquisitions”.

Land agent Aston Mead says the government’s decision to put its flagship planning reforms on pause will lead to a slowdown or even a halt in the construction of new homes in the near future.

The announcement to put on hold the biggest overhaul of the planning system in England for 70 years was made by new Housing Secretary Michael Gove, who replaced Robert Jenrick in a cabinet reshuffle a few weeks ago.

The changes would have forced all councils to draw up 10-year plans, with land designated as ‘protected’, ‘renewal’ or ‘growth’. In growth zones, any proposal meeting the local design code would have been waived without the need for specific planning permission.

Aston Mead land & planning director Richard Watkins said: “Putting these reforms on hold now makes it unlikely that the government will meet its target of building 300,000 new homes a year. Uncertainty like this means housebuilders will sit on their hands because they simply don’t know what’s going to happen next.”

Watkins continued: “What is certain is that things need to change. The problems with the planning system that were identified in the government white paper are still there.”

Watkins concluded: “Everybody also agrees that we need to build more homes in this country. But while there’s a lack of decision about how exactly we do that, housebuilders will simply watch and wait. And while they wait, some new homes will simply not be built.”

Research carried out by the BBC in 2020 found the difference between current housing stock and the number needed for everyone to have a decent home to live in is one million properties.

Watkins added: “The current planning system is absurdly inefficient. It allows some local authorities off the hook when it comes to housing targets, and gives individuals a vast array of options when it comes to objecting. Of course, there’s also the danger that delays in removing obstacles to home-building will mean the prices of rentals will rocket.”

Watkins commented: “Michael Gove is the most high-profile Housing Secretary in years and has a reputation as a radical reformer. At the moment, we will have to wait and see whether he will cause winds of change in the industry and genuinely deliver what is needed, or instead opt for the sort of compromise that will leave house building in this country languishing in the doldrums.

Property consultancy firm, Red Loft, has been selected as Project Manager for the Royal Borough of Kingston upon Thames’ first programme of new build affordable homes in 30 years.

Red Loft has worked with the council to negotiate contracts with Countryside Properties UK Ltd for the construction of these four developments. The first of these projects will deliver 19 new London Affordable Rent homes at York Way in Chessington. In July 2021, works began on-site and the demolition of the existing garages has now been finished. 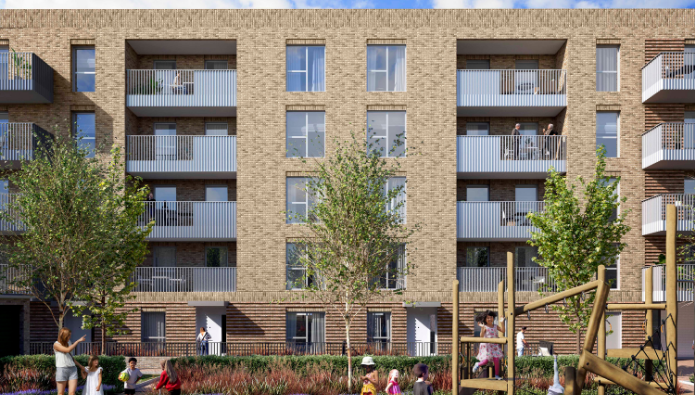 Planning permission has been approved for three further new sites at Cambridge Road in Norbiton, Cumberland House in Coombe Hill and a further site in Canbury, to deliver new London Affordable Rent housing, on under-utilised council sites. These projects provide new homes for residents, alongside wider landscape improvements and the provision of new playgrounds for the use of new and existing residents. The homes are funded jointly by the Mayor for London and RBK.

Providing support to the council, Red Loft’s role has included financial modelling of the developments, contract negotiations and will project manage the schemes on behalf of RBK during the delivery phase.

Neil Jervis, partner at Red Loft, commented: “The Royal Borough of Kingston upon Thames’ Small Sites scheme will help significantly expand the council’s housing offering and crucially meet the pressing demand for affordable housing in Kingston. We are proud to be supporting a project designed to deliver truly affordable homes for local people and are delighted to have helped the council reach this milestone of commencement on site.”

Robin Oliver, New Homes and Housing Delivery Lead at Kingston Council, said: “This is a really important project for the Council as it will see the delivery of the first new Council homes in the borough for a generation. Like many local authorities, we are rebuilding our development capacity and Red Loft's expertise has enabled us to get in contract and on-site quickly and efficiently. With their support, we have already reached a major milestone with work beginning at the end of July on the first site and others to follow shortly."