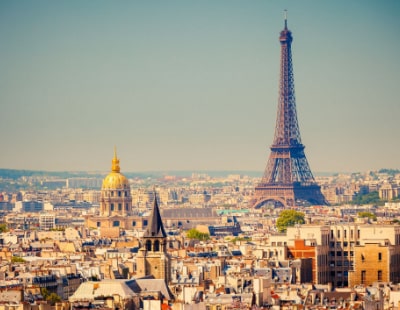 Ongoing uncertainty around travelling abroad due to individual restrictions across different countries makes it more difficult to decide which country to invest in. However, Kyero’s European Overseas Property Market Tracker for Q2 2021 helps gain insight into the overseas property market.

The Kyero.com overseas property market tracker is updated quarterly. The three areas it analyses include the average asking price per overseas market (Spain, France, Italy, and Portugal), the number of properties for sale per country, and consumer interest in each country.

Where in France is in demand?

The south of France, known for its wide cross-section of culture, all under the Mediterranean sun, is particularly in demand.

Alpes-Maritimes, Var, and Dordogne are the most popular regions according to the recent study conducted by Kyero.com.

The study also found that the most popular cities for overseas buyers were Nice, Cannes and Sainte-Maxime. Investing in properties in any of these regions and cities could be a wise investment.

In the last six months alone, the number of French properties added to Kyero.com has almost tripled. The property portal now works with a grand total of 2366 estate agents in France, including Caprifrance, Optimhome, Barnes International, and Savills International.

What is the average asking price?

Martin Dell, co-founder of Kyero.com, says: “It’s clear that France is an overseas destination to watch. While Spain is still top of the list for British buyers in search of European sunshine, we are seeing a growing appetite for overseas properties in France.

“Our work with some of France’s key estate agents over the last year has resulted in a major growth in the number of French properties available on Kyero over the last six months, and we are seeing a range of trends within our market research and user data that point to France being a significant growth market.”

“With French asking prices on Kyero amongst some of the most competitive of the key European markets, and property prices in key buyer markets such as the UK continuing to rise, we expect to see overseas demand for French properties continue to grow throughout the rest of the year.”

Recently, France moved to the amber list of countries, meaning Brits who have received both vaccinations can go there without having to self-isolate on return.

We advise those looking to travel to holiday hotspots such as France for holiday or invest overseas, keep a close eye on all the travel updates throughout these uncertain times to ensure that they are making an informed decision.

Revealed - record interest in Spanish and Portuguese property among Brits ...