This week, PIT takes a look at the latest unique lot available at Pugh, as well as the successful results of the past month at Clive Emson, SDL Property Auctions and Bond Wolfe Auctions.

‘Unique piece of Blackpool’s history’ up for auction at Pugh

An 18th-century grade II listed cottage that has been earmarked by historians as being one of the few remaining early dwellings from the agricultural past of Blackpool has been put up for auction.

Appearing in this month’s online sale by Pugh, the unique one-bedroom property situated in the Marton Moss area has been given a guide price of £55,000. 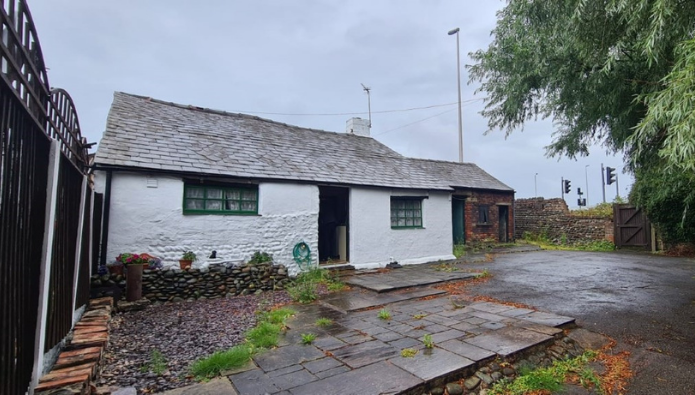 Pugh associate director Eamonn Stones says: “This property is an utterly charming and unique relic of what this area of Blackpool was like more than two centuries ago when it was mainly farmland.”

“Opportunities to buy a piece of living history such as this one do not come along very often and this is an extraordinary property – a real window on a bygone age. The house has been well cared for and little altered over the years and it is well known to passers-by as a remarkable and very old cottage. Needless to say, we have had lots of interest from potential buyers interested in owning a unique piece of the town’s history.” 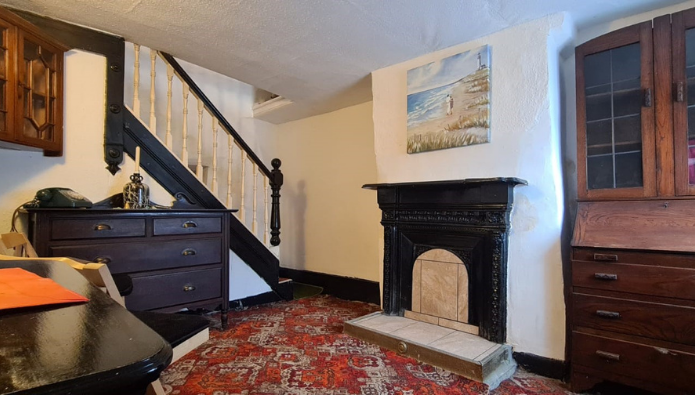 A blue plaque on the front of the cottage marks it out as part of the Blackpool Civic Trust heritage trail and states that the house now stands as ‘the representative of several similar late-18th century dwellings in the area’.

Bidding on the historic property, and the other lots in Pugh’s online auction, opens on August 18 and closes the following day. To view the full catalogue, go to www.pugh-auctions.com.

Cream of the auction crop in West Country – Clive Emson

Clive Emson’s fifth auction of the year saw all of the lots listed in the West Country sell, with the majority sparking bidding wars.

They were among 112 lots listed across southern England, covering residential, commercial, investment, development and land. Purchases ranged from £1,000 in freehold ground rents to £1.4 million for a storage yard near Gatwick Airport.

The auction firm recorded £18 million-plus in sales, with a success rate of 80%.

Bidding, in particular, hotted up in Devon, Cornwall and Somerset, resulting in a clean sweep of 13 lots in the three counties.

James Emson, Clive Emson’s managing director, comments: “There was especially strong interest in the West Country lots, perhaps driven by new remote or hybrid working practices from people no longer tied to commuter-belt cities, and the majority of the lots resulted in prices far higher than guide.” 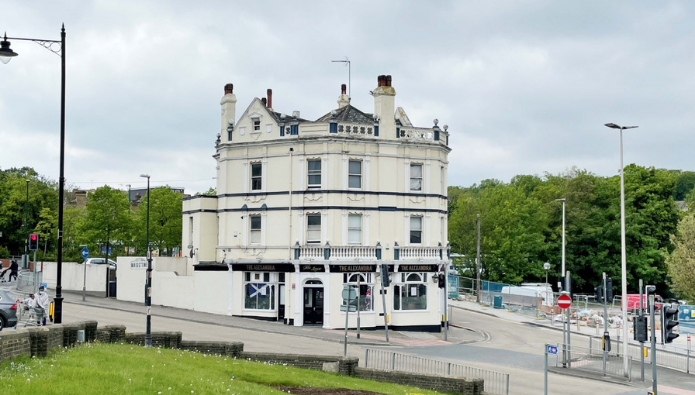 In Cornwall, a charming three-bedroom property, called Orchard Cottage and in an “idyllic” location in St Day, near Redruth, sold for £303,000 against the £275,000 guide.

There were also above-guide prices paid for plots of land across the county, including four sea-view acres near St Austell at £67,000, which was £57,000 above the lower estimate.

Elsewhere in southern England, a 1.6-acre storage yard near Horley in Surrey, near Gatwick Airport and currently used for commercial vehicles and haulage, sold for £1.4 million and is considered suitable for airport parking or residential development, subject to planning consents.

Meanwhile, seven beach lots at Lydd-on-Sea in Kent, overlooking the English Channel and near to the RNLI Dungeness lifeboat station and famous Prospect Cottage, the creative home and garden of late artist and music video director Derek Jarman, sold for £13,000, which was nearly twice the guide price.

In Chatham, Kent, the childhood home of the great English novelist Charles Dickens, a pub called The Alexandra Hotel, with 10 letting rooms above, went for £494,000 – £294,000 above estimate, and delivering a gross yield before costs of 5.3%.

Emson adds: “The era of record-low interest rates can make property attractive for buyers, with long-term capital growth, rental income and a hedge against inflation, compared to anaemic returns on cash saved in the bank or building society. We see these dynamics in action at our auctions.”

Clive Emson’s next auction is on Wednesday, 22 September; lot entries close on August 30 and the catalogue is available from September 3.

SDL Property Auctions brought July to a close-by holding its monthly live-streamed National Property Auction on the back of its biggest ever catalogue, of which we reported last week.

Throughout the month, SDL Property Auctions has secured over £31 million in sales through its live-streamed auctions, Timed Auctions and Buy it Now sales for sellers of all types of property, from tiny parcels of land to multi-million-pound apartments.

Firmly dispelling the myth that auctions are only for low-priced, rundown properties was the sale of a ‘sumptuous ‘triplex penthouse in London, which had a guide price of £2.5 million and sold prior to the live-streamed auction conducted on behalf of Knight Frank. 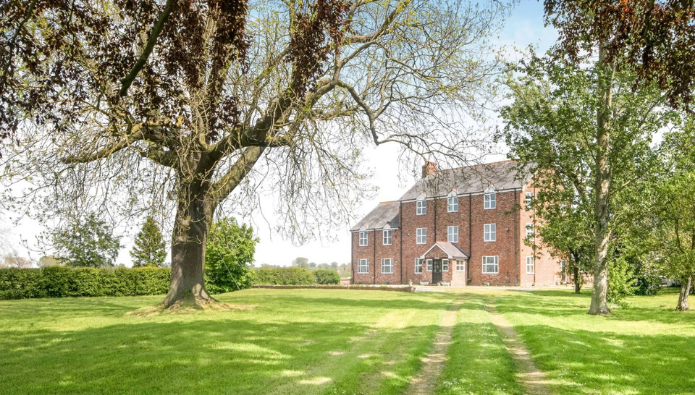 The apartment occupies three floors and is finished to an extremely high standard. It features ‘spectacular’ uninterrupted views across the capital, thanks to full-length windows and two private terraces, plus concierge service and the use of a private residents’ gym.

Enjoying views of a much more rural kind is Old Lower Hall in Bowling Bank near Wrexham, a nine-bedroomed detached house set in two acres of land with stables, next to the River Dee. Dating back to the 18th century and fully renovated in the 1980s, it was offered for sale in a Timed Auction in partnership with Beresford Adams Wrexham. It had a guide price of £455,000-plus and, after 16 bids from five separate bidders, sold for £500,000.

In the auction studio, three experienced auctioneers – Rory Daly, Graham Penny and guest auctioneer Isabel Murtough – worked their way through the biggest catalogue ever for the National Property Auction.

The live-streamed Auction Event got off to an exciting start with the sale of a refurbishment project in Cardiff. Offered for sale in partnership with Taylors with a guide price of £20,000-plus, 166 Inverness Place attracted enthusiastic bidding from hundreds of online, phone and proxy bidders and sold for an impressive £162,000.

Managing director Andrew Parker notes: “We were anticipating that this property would be popular but this fabulous result exceeded all expectations. It’s a great result for everyone; the buyer has a wonderful opportunity to add value to the property and the seller is, as you can imagine, delighted.”

There were plenty of smart family homes snapped up by bidders on the day, too, including 24 Ryecroft in Lincoln, a well-presented mid-terraced property in a quiet cul-de-sac location. The three-bedroomed home, currently tenanted at £9,980 per year, sold for £135,000 from a guide price of £95,000-plus.

Parker adds: “We have sold pubs, penthouse apartments, cottages, terraced houses and development properties this month at SDL Property Auctions, which just serves to highlight the sheer variety of lots which are suitable for auction. It’s been another successful month and we continue to have a sensational summer of sales.”

Bond Wolfe broke its record for the most lots sold in a single day during the July live-streamed auction, with 222 lots sold of the 231 offered for a success rate of 97%.

First under the hammer were a series of commercial ground rents being sold on behalf of Birmingham City Council.

The former Lickhill Manor, a Grade II listed Georgian country house near Stourport-on-Severn, received tremendous interest in the run-up to the auction, resulting in a number of offers. 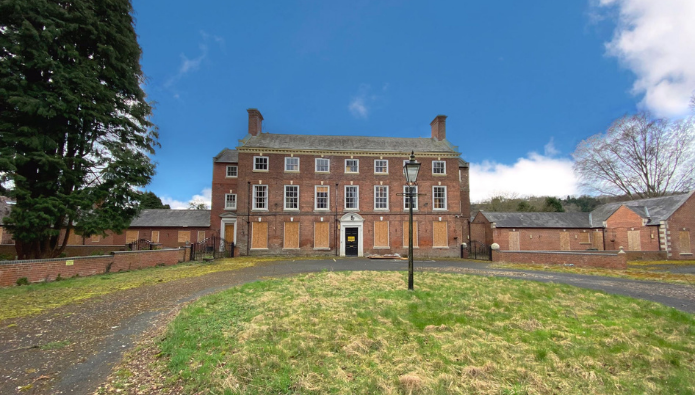 Ian Tudor, joint managing director auctions, comments: “This property clearly caught the attention of a number of eager buyers and eventually sold before the auction for a figure considerably in excess of the £500,000 guide price. The eventual buyer is considering residential conversion and use of the property.”

A similar result was achieved for 76 Church Road Aston, a fully refurbished office premises, which sold before the auction for well over the guide price of £675,000-plus to a church and community group.

A mixed commercial and residential lot at 4 Buffery Road, Dudley, with a current gross rental income of £25,200 per annum, and a guide price of £165,000-plus, also sold before the auction.

Offered with a guide price of £300,000, a freehold mixed commercial and investment property at 90-91 High Street, Cradley Heath, with a gross annual rental income of £43,800, sold before the auction for an undisclosed sum.

And when the hammer fell on 70a Stafford Street, Walsall, a vacant freehold three-storey retail property, sold for the guide price of £70,000. 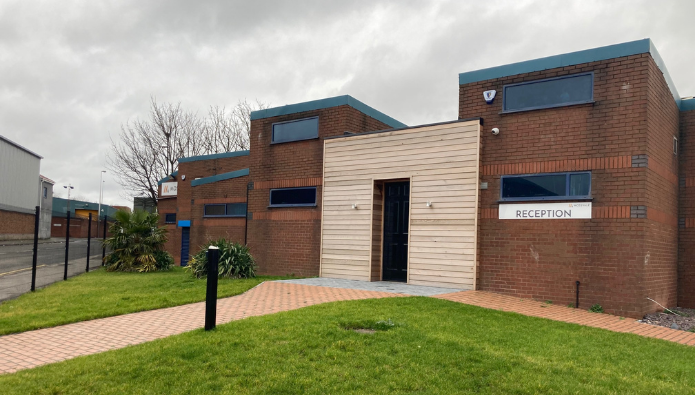 Tudor adds: “The appetite for commercial property at Bond Wolfe’s live-streamed auctions continues to grow with interest not just from our traditional Midlands heartland, but from across the UK and foreign bidders too.”

Bond Wolfe’s next auction is on Thursday September 9 and property owners interested in selling can arrange a free auction appraisal by visiting https://www.bondwolfe.com/free-property-appraisal/.