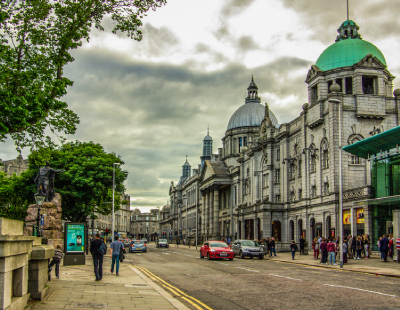 It’s famous for oil, football, the North Sea chill and granite, but Scotland’s third biggest city – and the UK’s 39th most built-up area – is often overlooked in favour of high-profile neighbours Glasgow and Edinburgh.

That may be starting to change from a property perspective, though, as Aberdeen’s market bounces back with a vengeance.

New figures and expert insights highlight that confidence and activity in the North East property market is back to pre-downturn levels.

After five years that witnessed a steep fall in home sales, with house price growth lagging behind the rest of the country, as a result of the oil industry’s troubles, a new report by Aberdeen Solicitors’ Property Centre (ASPC) has now shown annual house prices up by 3.2% across Aberdeen and Aberdeenshire. 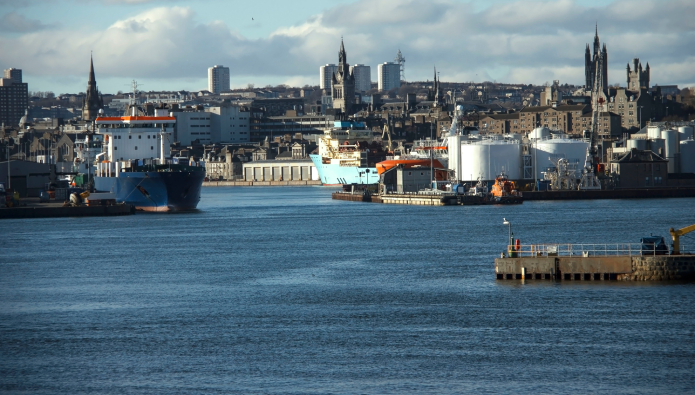 The report – compiled with the support of the University of Aberdeen Business School - also reveals a sizeable 34.5% year-on-year increase in the number of homes sold in the area.

The findings come as little surprise to legal expert Joni Esson, managing director of the recently formed Esson & Aberdein, which is seeing many of the homes that it lists sell in a matter of days, with strong competition resulting in early closing dates being set.

“Positivity in the Aberdeen and Aberdeenshire market is certainly back, with demand growing and in many sectors outstripping supply,” Esson, a mum-of-one who grew up in Aberdeenshire and has lived in the city for many years, said.

“These figures reflect that this isn’t a sudden surge. It’s sustained growth - which we welcome after the difficult years from the oil crash.”

She added: “What's abundantly clear to us is that these new figures marry with our day to day experiences as solicitor estate agents. Sellers of good-quality homes should feel confident about the market - since our launch at the end of April we have had huge interest in the properties we have listed for sale, a large number of which have sold within the first week of marketing.”

While the falling oil prices of recent years have proved devastating to a city that relies heavily on this industry, Aberdeen is showing signs of a resurgence.

It is fast-emerging as a green energy hub, using its strategic position beside the North Sea to become a leader in the offshore wind field.

The Scottish Government recently allocated £26 million to an energy transition zone in Aberdeen, to help the city’s transition from oil jobs – the bedrock of its economy for many decades – to green energy, almost matching the funds provided by the UK government.

The zone aims to transform the area into a hub for cleaner energies such as offshore wind and hydrogen, with planned projects including manufacturing for floating offshore wind farms, a skills academy and facilities for testing hydrogen power.

The money from the Scottish Government comes from its five-year £62 million energy transition fund – a fund which has already provided £6.5 million for a global underwater hub in addition to £4.65 million to Aberdeen City Council to expand its hydrogen bus fleet. Further funding announcements are expected in the future. 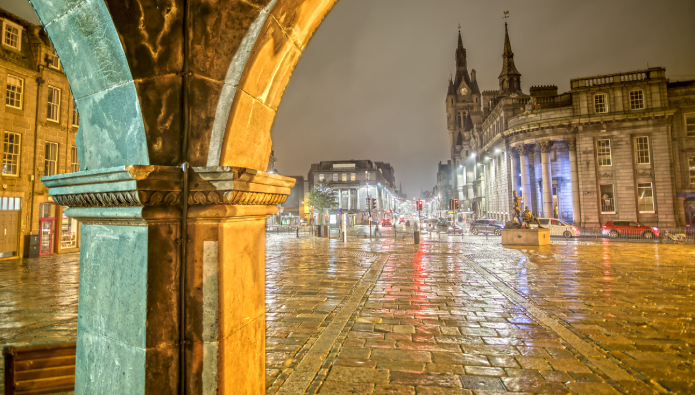 At present, it’s estimated that the oil and gas industry supports more than 20,000 direct jobs in the Aberdeen area, so the need for a smooth transition to green energy which continues to support employment is more important in the Granite City than pretty much anywhere else in the UK.

Maggie McGinlay, chief executive of ETZ, said the zone’s ‘clear ambition’ is to transform the region into a globally-integrated energy cluster, ‘focused on accelerating to net zero through energy transition activities’.

She said the Scottish Government’s announcement, alongside the UK government's commitment of similar levels of funding toward the project, will help to ensure this ambition becomes a reality.

“The north east is uniquely positioned within Scotland and the UK to take advantage of this great opportunity. As we continue to transition from oil and gas, the Energy Transition Zone will enable us to develop a world-class supply chain and create significant new green employment and investment opportunities.”

But the port city is not just about oil and gas, or the move towards green energy, it also has excellent museums, art galleries, green spaces, coastal walks, nearby countryside and a historic football team which could tempt investors to invest here.

According to Home.co.uk, average rents in Aberdeen currently stand at £607 pcm, with one and two-bedroom flats by far the most popular type of property on the market. Rightmove has the average sold price of a home in Aberdeen currently sitting at just £190,844, which could mean bargains are on offer for investors.

Prices in Aberdeen City Centre, meanwhile, are even cheaper, with an overall average price of £126,127 over the last year, according to Rightmove. Prices have fallen significantly in recent decades, reflecting the boom and then bust of the oil industry – down 78% on the 2001 peak of £561,696 over the last year. But, while capital gains may be less attractive, yields should be strong as a result of affordable buy-in prices and decent demand for homes.

The city is home to a university and also still draws many young professionals working in the oil industry. As the city transitions to a brighter, greener future, it seems likely more will arrive to fill these jobs – putting investors in a potentially strong position if they choose to invest now.

Mixed-use Vauxhall development on track after funding from Cheyne Capital ...

An alternative investment fund manager has announced it has provided a...