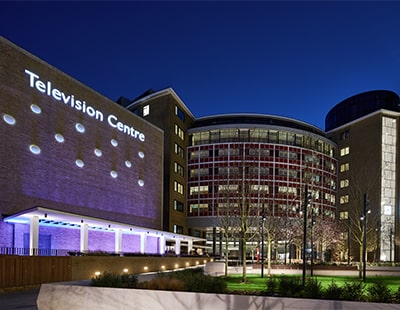 In the latest part of our series on London’s regeneration hotspots, Property Investor Today checks in on the transformation of Television Centre and the wider White City area.

“They called it the home of British television. You can call it home,” a huge billboard close by says.

Television Centre, the headquarters of BBC Television between 1960 and 2013, has been converted into a ‘working, living, thriving community’ with new homes, West London’s newest dining destination, a multi-level private members club and a new hotel.

The development has been designed for modern living, offering 24-hour concierge services, an on-site gym, spa and wellbeing centre, while there are also private landscaped gardens, a lounge, lobby and screening room for residents. 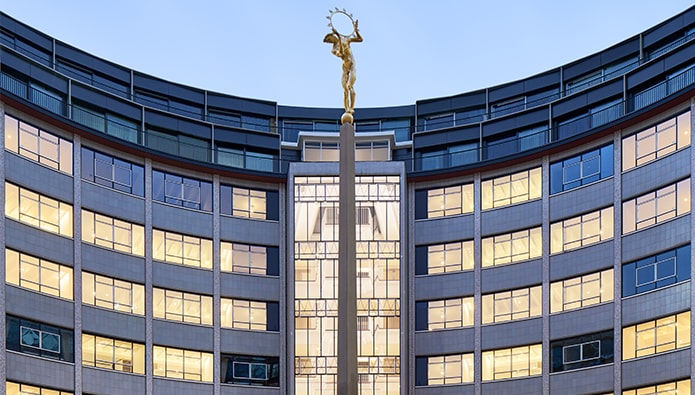 Television Centre, a London landmark for its unique architectural style and wide-reaching cultural influence, saw the first phase of its redevelopment realised in 2018 with the completion of 432 apartments.

This includes a collection of 1-3 bedroom classic apartments in The Helios and The Crescent, while The Architects’ Series is made up of 2-4 bedroom premium apartments and penthouses. Homes are still on offer and ready to move into today.

Prices for remaining units start at £1 million for a two-bedroom apartment and from £2.5 million for premium units. Then again, living in a historic London landmark was never going to come cheap.

There is also Soho House – a new 45-bedroom hotel with rooms overlooking the iconic forecourt and inspired by Television Centre’s mid-20th century design – and White City House, a new multi-level private members club with roof terrace and rooftop swimming pool. Cocktails, food and cultural events are on offer for members to enjoy. 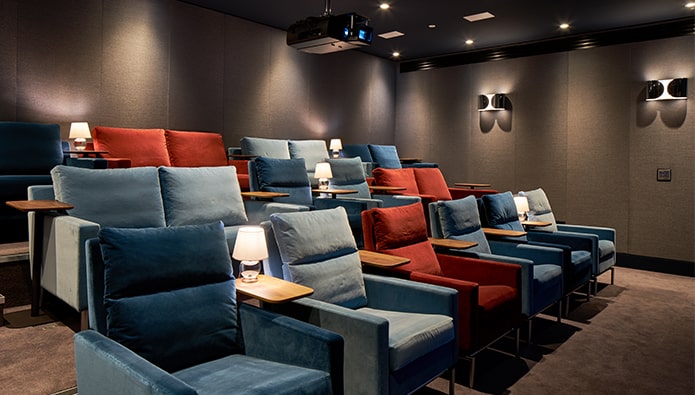 The Electric Cinema, when it opens, will show blockbusters, art house films and special screenings, while there are also day-to-day shops - such as Blanc Dry Cleaners – for residents’ use.

While West London’s newest dining destination might be pushing it a tad, hipster favourites Homeslice (USP: unorthodox pizza toppings) and Patty & Bun (gourmet burgers) are nearby, plus Bluebird, Kricket, The Allis, Endo at the Rotunda and Flying Horse Coffee are all open and trading. Casual dining venue The Pavilion is set to open soon.

Transport links, as you’d expect for such a busy, bustling part of London, are superb – with White City (Central Line) and Wood Green (Circle and Hammersmith & City) quite literally on the doorstep, and Shepherd’s Bush (Central and Overground) 10 minutes by foot. By Tube, Paddington (8 minutes), Bond Street (12 minutes), Bank (22 minutes) and Heathrow (30 minutes) are easily reachable.

As well as new homes and foodie establishments, there are also new offices and studios at Television Centre. In 2012, BBC Studioworks – a commercial arm of the BBC – refurbished the historic studios, where so many classics (from Fawlty Towers to Doctor Who) had been filmed, into three state-of-the-art production spaces. The Graham Norton Show, Pointless and Mock the Week are examples of hit shows still produced at Television Centre, while studios and post-production services are provided for ITV2’s Love Island: Aftersun and Channel 4’s The Last Leg.

What’s in it for investors?

Excellent transport links, Europe’s largest shopping centre on the doorstep and numerous employment, education and cultural opportunities – the appeal of Television Centre to tenants is not hard to fathom.

“Television Centre has proven to be one of the most popular developments in London for renters. The host of amenities it offers has not been rivalled by any other development at a similar price point,” Lorenzo Carraro, head of residential development lettings at Savills, said.

“The convenience of transport links has also made it hugely appealing to a broad range of tenants. Many investors have been very satisfied with the strong tenant demand and rental figures achieved.” 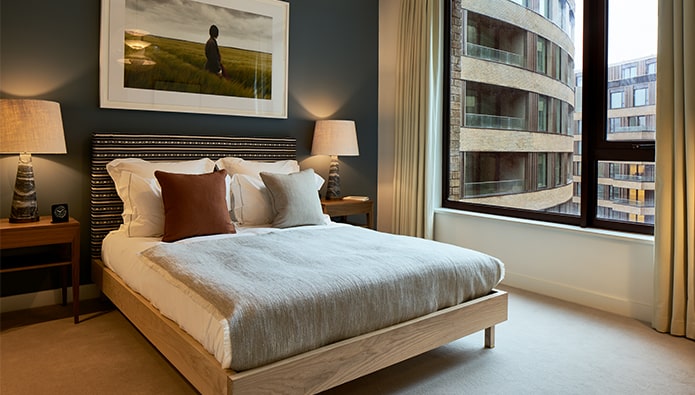 According to Television Centre’s website, the development has experienced rental growth of around 10% since the beginning of 2018, is forecast to grow by an estimated 11% over the next five years and offers investors gross yields of up to 4.5%.

Peter Allen, ‎sales and marketing director at developer ‎Stanhope, told us purchasers are an eclectic mix. “Television Centre is attractive to a wide range of buyers so there is no general buyer. We have owners from over 30 countries – but the majority from the UK, be they buying for own-use, children or traditional investors. Buyers are typically from 30s to 50s and they all want to be in West London.”

Once the second phase is completed, Television Centre will have delivered a total of 950 new homes and apartments. “The development is both respectful to the original and also updates it significantly for the present day, retaining an important BBC presence while opening it up to the whole of London,” Allen added.

“The second phase, which includes over 500 new residential units, including apartments, townhouses and affordable housing, are all still to come.”

Who is responsible for the development?

The redevelopment of Television Centre has been led by Stanhope – whose previous projects in the capital include Broadgate, Paternoster Square and the Tate Modern. Mitsui Fudosan UK, AIMCo, Allford Hall Monaghan Morris, Duggan Morris, Maccreanor Lavington, dRMM, Gillespies and Mace are other designers, developers and constructors involved in the transformation.

The designs of the apartments differ slightly, with The Helios offering garden or courtyard apartments, bespoke tiles, original ceiling details and décor inspired by Television Centre’s original design, while The Crescent is a collection of new apartments encircling The Helios, with individual balconies/terraces overlooking private grounds or Hammersmith Park and a strong focus on contemporary detailing and modern living spaces. 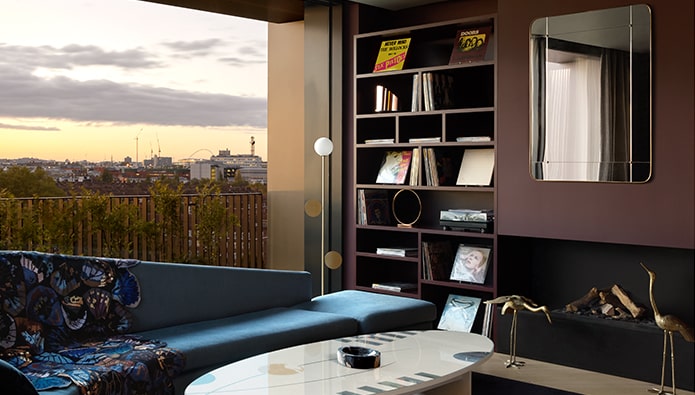 The Architects’ Series, meanwhile, offers twenty premium apartments and three penthouses, each completely bespoke and curated by British architects invited by Paul Monaghan - the man behind Television Centre’s transformation - to join him in designing the most premium apartments in the scheme.

Part of something bigger

The transformation of Television Centre is just one part of a wider multi-billion-pound regeneration project in the White City area, which also includes commercial hub White City Place – completed in 2017 and now home to various offices and retail outlets. Starbucks, The Athenian, Tesco, Coco Di Mama and Oliver Bonas are just some of the retail names found here, while offices for the BBC, ITV, Net-a-Porter and Ralph & Russo are also present.

What’s more, the Royal College of Art has a campus at White City Place, Imperial College opened a White City Campus in October 2016 and the 1,200-seat Troubadour Theatre recently flung open its doors. This is all part of the ongoing plans to turn the area into a cultural, commercial, educational, foodie and innovation hub. 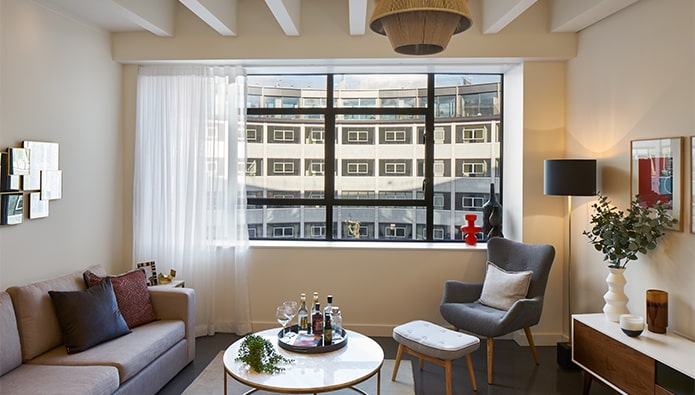 White City Living, meanwhile, is sandwiched between White City and Wood Lane stations, and directly opposite Television Centre. Behind the ‘Ugli: Lovely inside’ building – a campus aimed squarely at the media and creative industries – and in the shadow of the towering presence of Westfield (whose arrival in 2008 as Europe’s largest shopping centre, a title it still holds after recent expansion, started to transform the fortunes of a previously neglected area), White City Living is a collection of luxury high-rise apartments which form a further part of this area’s £8 billion, ten-year regeneration.

Developed by St James – part of the Berkeley Group – White City Living will create a new 1,800-home neighbourhood once complete. The developer’s website describes it as the ‘highly-anticipated next chapter of the White City opportunity area’, which will provide nearly 2,000 new homes in the heart of West London – made up of suites, apartments, penthouses and duplexes – as well as eight acres of landscaping including a new five-acre park. Furthermore, there will be a Home Club including concierge services, a pool, a gym and a cinema.

Designed by architect firm Patel Taylor, the development aims to put nature at its forefront, with wide-open parkland and secluded gardens surrounding the towers. Unusually, the landscaping was designed first, and the buildings after – which means some of the public spaces (including water features and gardens) are already open while the construction is ongoing.

The railway arches between White City Living and Westfield are also being refurbished into new bars, restaurants and boutiques to further increase this area’s appeal.

Buyers will need a large bank balance, though, with apartments starting at £1.1 million and going up to £4.15 million.

The centre of West London’s fightback

Thanks to the ever-growing stature of Canary Wharf, the emergence of Shoreditch, Dalston, Old Street and Hackney as creative, tech and hipster hubs, and the boost given to down-at-heel Stratford by the Olympics and the arrival of the capital’s second Westfield, East London has outshone its western counterpart for a number of years.

But that could be starting to change. West London has a number of opportunity areas, including Old Oak Common and Park Royal, while Shepherd’s Bush has become so popular among trendy young professionals it’s been rechristened SheBu. But the works going on in White City are perhaps the most exciting of them all. 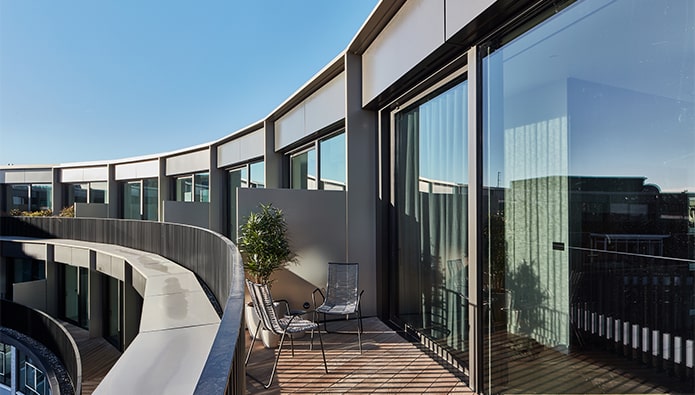 And it’s an area that deserves more attention – it was, after all, the setting for the 1908 Olympics and the Franco-British Exhibition of the same year (Television Centre is built on the site of this large public fair, whose white buildings and waterways lent White City its name). Plus, of course, it has a broadcasting heritage which is second to none.

Although it might not be competing with near neighbours Holland Park and Notting Hill in the desirability stakes just yet, White City is certainly smartening up its image in a big way and can reasonably assume the title of one of London’s most up-and-coming areas.

The next part of this series will focus on Old Oak Common.