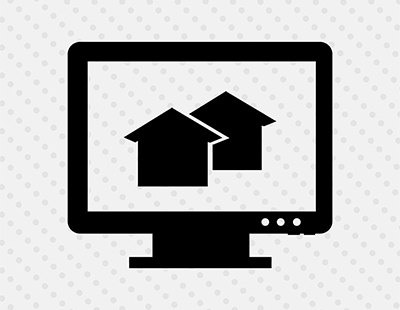 Online or live-streamed auctions have become the go-to for auction houses up and down the country since the onset of the first lockdown in March 2020.

But, for those who have never attended one before, what does the process involve? Does it generate the same buzz as an in-person room? And who are the auctioneers really looking at as they field bids?

A few weeks ago, PIT was invited along to the latest SDL Property Auctions’ live stream auction to see what the new normal looks like.

Much the same, but different

Proceedings kick off just after 10am, with anyone able to watch the live auction but bidders being required to sign in to make their bids online. We are directed to the live stream – which is broadcast on the Essential Information Group’s website – and, after a short period of loading, we are greeted with the sight of Andrew Parker (auctioneer and managing director at SDL Property Auctions) at the rostrum, ready to kick off the all-day event.

The event is split into a number of parts, to give people breaks from staring at a screen, and the job of dictating the auction is split between Parker and his colleague Rory Daly.

The aim is for roughly 15-20 lots an hour, and on the day we attend there are 221 lots in play. SDL Property Auctions works with a number of partners in the estate agency world to get the requisite lots for buyers and investors to bid on.

With Lot 1 withdrawn as a result of legal matters not being complete, the auction kicks off with Lot 2. The semi-detached home in Leicester starts with an opening bid of £190,000, sparking a bidding war between buyers who see the potential for a family home. The property eventually sells for £220,000 against a guide of £200,000-plus. 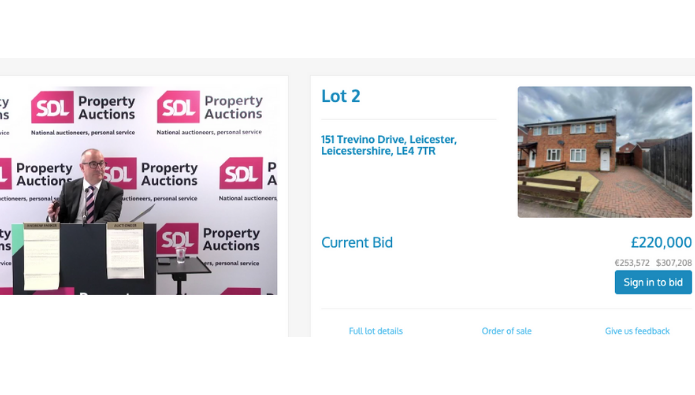 Despite having no live audience in the room, Parker still aims to create the same back and forth and sense of momentum, playing the phone, proxy and internet bidders off each other. In the room with him, off camera, are members of his team taking phone bids – as would have been the case for the in-person auctions – while Parker (and later Daly) have a big screen right in front of them where internet bids are displayed, updating in real-time as people click their mouses to bid.

“We also have members of our team in front of the rostrum who are taking phone bids and relaying them verbally to the auctioneer,” the SDL Property Auctions team tell us.

Often, there will be a last-minute bid just as the gavel is about to fall for the third time, and the atmosphere is just as oddly tense watching through a laptop or smartphone as it was when we attended a real-life auction last year, a few weeks before lockdown hit.

It’s still like watching a tennis match, dictated by the umpire, and there is a hard-to-explain ‘can’t look away’ quality to proceedings. As a viewer, you want to continue watching to see what the final bid will be, while all the gamesmanship, clever techniques and occasionally last-minute desperation of the bidders doesn’t seem to have been sullied by the virtual experience. 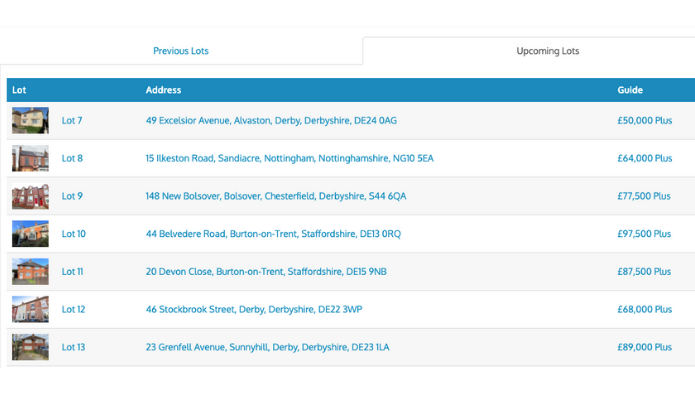 Getting the momentum going

Often, Parker and Daly will lower the initial bid to well below the guide price to generate some momentum. This works, more often than not, and the bids soon motor beyond the initial guide price, but occasionally the auctioneer will withdraw the lot or agree to return to it later in the day if a decent price isn’t achieved.

The early lots tend to generate the most interest and momentum, with it being more of a struggle later in the day as interest wanes. The same was the case at the in-person auction we attended last year, where after lunch things started to wind down quite considerably.

But how are the lots ordered at auctions? Is it done on desirability/expected demand, or is it simply entirely random?

“This is done through a combination of methods. We try to group together similar types of properties and those in similar locations,” Parker says. “We also consider the popularity of the lots prior to the auction, looking at factors like the number of online viewings and legal pack downloads. Some of our sellers also have a preference about when their property is auctioned and actually request early, middle or end lots.”

The whole process of watching the live stream is very smooth, with very little buffering or delay. It is like being there, but from a distance. You can come and go as you please throughout the day, just returning to the link the live-streamed auction is taking place on and picking it up from there.

All the information about the lots – including how many lots there have been, and how many to come – is displayed clearly on the same page, while current bids are shown in real-time to viewers and bidders alike, in pounds, dollars and euros.

After an hour or so of tight, tense bidding, we pull ourselves away from the screen and return just after lunchtime, when Daly is now in charge of proceedings. His style is quite a contrast to Parker’s more calm, gentle, nudging approach – with a more forthright, punchy manner that is probably necessary for the post-lunch shift when things might be dragging slightly. 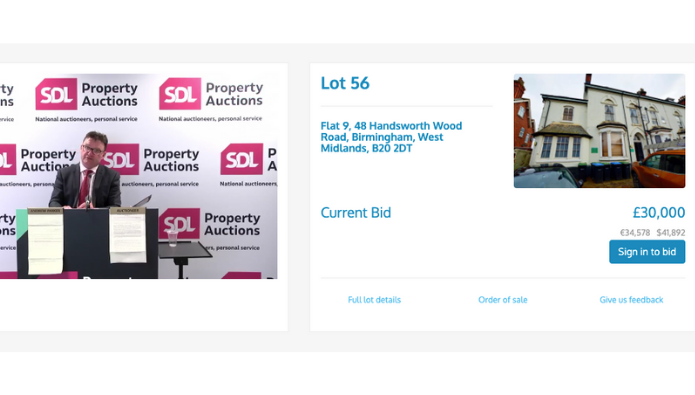 Both of the styles are effective in teasing out bids and pushing the price up, and the mixing up of styles helps to keep interest levels high. Given the event starts at just after 10am and goes on till after 7pm, it would also be a marathon session without a change in auctioneer.

The auctioneers have to be ever so slightly more patient, as they wait for the bids, without the instant interaction and hand signals or brochures held aloft that was common at in-room auctions. But the momentum is always kept up and the effort to keep the audience engaged remains the same.

As well as this, the phone and computer bidders are played off each other to good effect. Daly’s slightly more brusque manner is a nice counterpoint to Parker’s calm, reassuring tones, and their well-honed double act helps to ensure everything goes off without a hitch.

We check back in a few more times throughout the day and the auction is still going strong, even well after work hours, but it’s harder to gage how many people are still watching or ready to bid than would be the case in an in-room auction, where you can easily see the thinning out of the room as the day goes on.

We were told afterwards that there were more than 2,000 registered bidders for the April 29 live auction, with an impressive 4,768 unique viewers during the day.

What happens once the winning bid has been made?

In a traditional auction, winning bidders would typically go to the back of room to sign the contract and papers – but how is that done now, with people no longer in attendance?

“Bidders provide payment details as part of the registration process, which means we can carry out the exchanges on their behalf as soon as the sale is secured,” Parker says. “The legal pack and paperwork are then sent to the solicitors. The whole process typically takes around 20 working days from the successful bid to completion.”

This auction was just before a Bank Holiday, which will have affected that pattern, but not by much. All bidders much accept certain terms online before being registered, and Parker says there is a rigorous process to make sure SDL Property Auctions knows who the bidders are and where they are bidding from.

The next SDL Property Auctions sale takes places on May 27, for which there has already been a good number of entries. You can find out all about the national behind closed doors auction here.

You can also discover all the results from the April national auction we attended by clicking here.