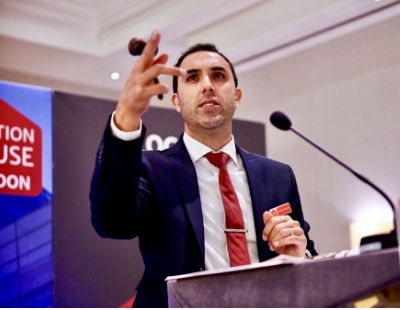 Here at Property Investor Today, we regularly cover auctions from across the country, with stories of packed out catalogues and lots going for well above their guide price. What might once have been viewed as a last resort, to offload unwanted or dilapidated homes, is now increasingly seen as an excellent way for buyers, sellers, investors, landlords and local authorities to trade properties.

But is the image most might have of auctions, of a bunch of people gathered in a church hall as a slightly eccentric, grey-haired auctioneer slowly and deliberately goes through each lot, a fair reflection of a modern auction?

Many investors will have attended a property auction, but lots of people are unlikely to have experienced one in the flesh and may only have seen the gavel fall on Homes Under the Hammer or Heir Hunters.

What does the actual experience involve, though? Last month we were invited along to Auction House London’s first auction of 2020 to see first-hand what happens before the bidding even begins.

Advice, networking and a learning experience

Most auctions these days are held in plush hotels, and Auction House London’s first catalogue of the new decade is no different. Held at the London Marriott Hotel Regents Park, this auction is a long way from a tired church hall.

We arrive early, a full two hours before the auction is due to commence, hoping to have the chance to explore the auction room and outside areas pretty much on our own. But it’s already very busy, with the Auction House London team registering people and handing out the shiny red auction catalogues, a number of stalls outside the auction hall promoting various services to attendees, and a programme of speakers.

The stalls outside the auction hall usually remain there throughout the event and typically belong to whichever keynote speakers are at the pre-auction session.

The pre-auction session is headed by Vanish Patel, founder of the Property Networking Club and a natural at working the audience with a comical, slightly brusque persona. It runs from 10am-12pm to provide advice and guidance to buyers, sellers and investors. It typically involves a panel of experts with a Q&A segment at the end. 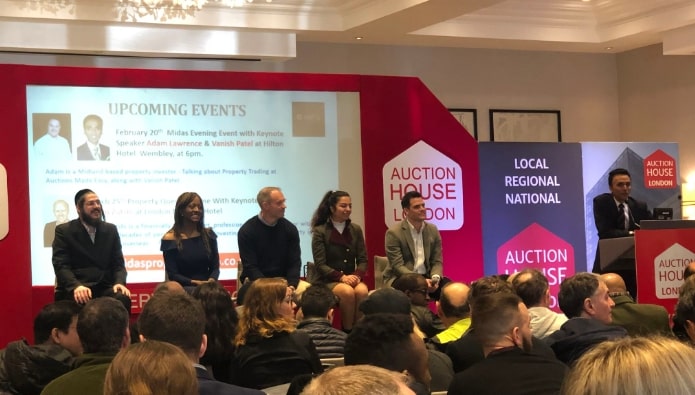 On the day we attend, the keynote speaker in the Property Question Time session is Lloyd Girardi, the director of White Box Property Solutions, who talked about transitioning from buy-to-let to property development and how to scale up those developments.

A 50 minute Q&A with these panellists followed, delaying the auction start time until around 12.30pm, although this seemed to be a deliberate ploy as the final touches to the auction process were put in play – including the registering of late bids and late arrivals. Andrew Binstock, Auction House London’s co-founder, director and sole auctioneer, was also busy getting himself into the zone with his final preparations.

Before the auction started, we spoke to David Bateman, the managing director of Bateman Homes Limited, who said he enjoyed coming to Auction House London’s events because they were free and always full of interesting people. He said quite a few first-time bidders would be in attendance, many of whom might not have a proper handle on how the process works, and therefore the pre-auction advice sessions were a great tool for them to learn from.

Equally, he urged first-time bidders to do their ‘research’ in advance. In a slightly left-field manner, he explained how ‘buying property is like buying potatoes in the supermarket, you can take a quick glance but will still need to dig a little deeper to see if it’s right for you’.

By the time the auction started at around 12.30pm, the number of people in the room had grown to approximately 250-300. The room was packed, with standing room only for those who arrived late. 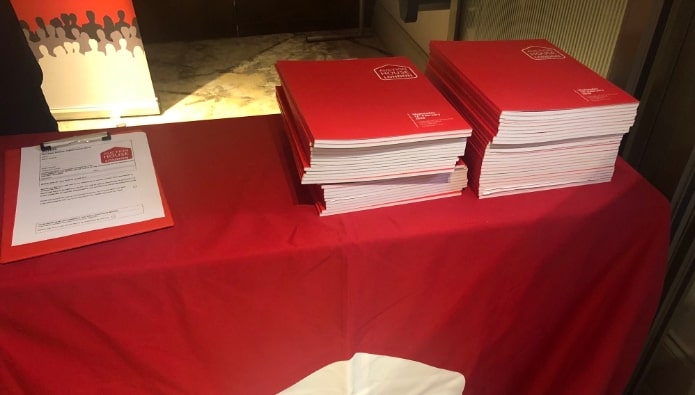 There was a good vibe in the room in the lead-up to auction, a real buzz of anticipation. But some frustration, too, at how long it was taking to start.

Finally, Binstock was ready to kick things off. He first had to go through all the legalities, rules and nuances of the auction process for those who hadn’t attended before, as well as reading out all the addendums (the changes to the original order of sale, as laid out in the catalogue, from going to print until the moment the auction starts). This included properties that had been sold prior, and were therefore no longer available, lots withdrawn and postponed, and information about properties being subject to a Buyer’s Premium.

There were 41 addendums in total, with a fair number of lots sold prior, postponed or withdrawn, but there were still well over 100 lots for Binstock to work his way through. After running through the state of play with regards to phone and proxy bidders, the auction finally kicked off in earnest – and what a starting lot it was!

It’s almost as if they knew we were coming, with lot number 1 – a freehold, three-bedroom mid-terrace house in Tooting Bec offered with vacant possession - sparking a fierce bidding war. Guided at £375,000, the property had been badly affected by fire and smoke damage and required a programme of refurbishment, but its location – in the heart of one of London’s most popular rental areas – seemed to get some bidders in the audience very fired up.

After a slow start, the bidding was soon going back and forth between various bidders and Binstock, who was orchestrating things like a seasoned pro and playing bidders off against each other with his body language and words. Every time it looked like a winning bid would be made, someone in the room would step back in.

Maybe because it was the first lot of the day, and the first auction of a new decade, there was a palpable sense of excitement, jeopardy and tension in the room as the bidding process went on for close to 15 minutes, with bids being fired back and forth like a tennis match. Heads in the audience kept switching between Binstock and the bidders, and there were a few ‘oohs’, ‘aahs’ and gasps as the numbers kept going higher and higher. 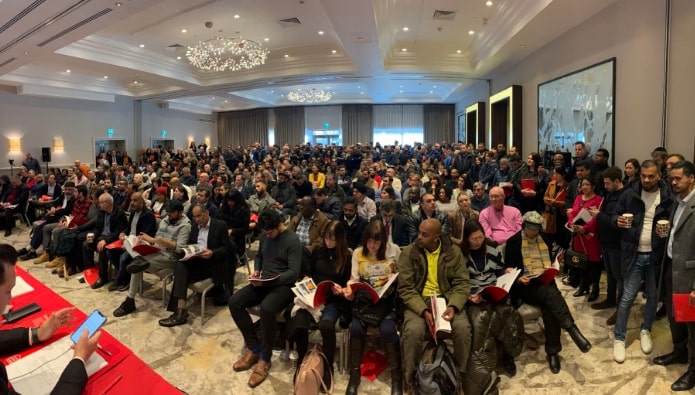 By now only two bidders were left, battling it out. They were clearly experienced, knowing how late to leave it before bidding, and making their bids with the merest of nods or hand gestures.

Binstock – a self-confessed failed comedian and actor – clearly loves the drama of it all, feeding off the adrenaline in the room and infusing his auctioneering with numerous theatrical flourishes. He gets to the ‘going once, going twice’ stage a number of times, but a new bid always comes in.

Binstock is joined on stage by two of his team, who are looking out for bids being made, while on a separate part of the stage AHL staff are taking bids by phone.

The superstar, standout lot of this auction – the former home of Bobby Buckle, Tottenham Hotspur’s first captain and one of the club’s founders – had generated a lot of press, hype and excitement pre-auction. Placed as Lot 14, the Grade II-listed end of terrace house had a guide price of £450,000 and, while it eventually went for £580,000, it might have been expected to go for more given the fact it overlooks the club’s new home and is a landmark in Tottenham’s history.

We slip out after this lot, by which time the room has already started to thin out. After a quick lunch – the hotel has a very handy Carluccio’s on site – we head back in for another half hour of the auction. As it’s a free auction, people can slip in and out whenever they please – and it’s quite evident that some people attended for a specific lot, got the result, and then left.

By 2:30pm there are around 200 people in the room and some of the earlier buzz has disappeared, although Binstock is as enthusiastic as ever. How he stays on stage for close to four hours, without a break, is quite remarkable – and must take a huge amount of stamina on his part.

But worth it when you consider the end result, which saw 89% lots sold. “We are sensing a rising energy in the housing market from buyers and it appears to be more than just a ‘Boris Bounce’,” Binstock told us a few weeks after the auction. “It was our busiest auction room in years, where we sold 89% of all lots listed – the highest percentage in the past year.”

The renewed optimism from buyers, and the increased demand for auctions (there were several first-time bidders and attendees in the room), was clear to see in a packed-out hall where competitive bidding was the order of the day. 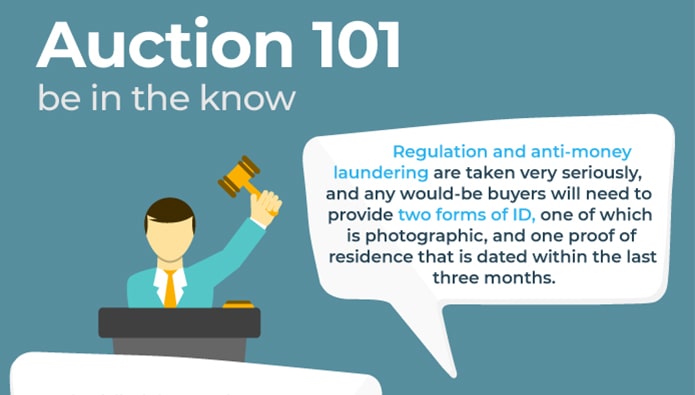 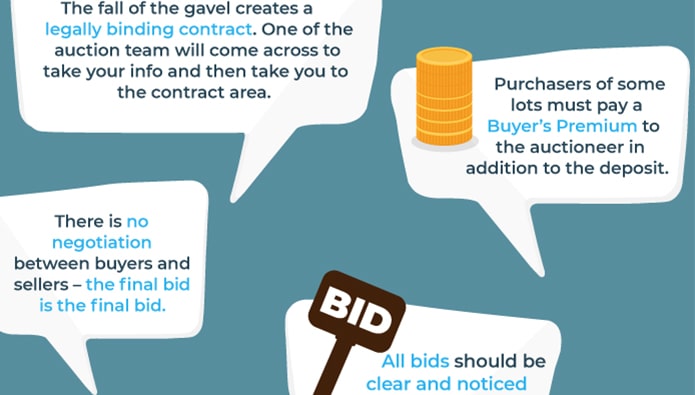 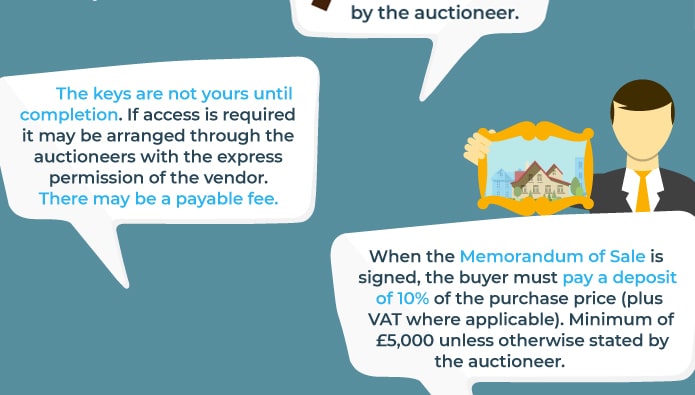 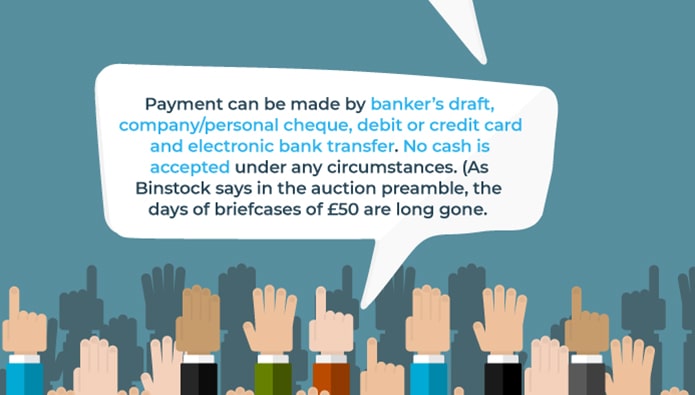 Entries are currently being taken for the next sale for Auction House London on Wednesday March 25. It will be held at the London Marriott Regents Park, 128 King Henry’s Road, NW3 3ST at 12pm.