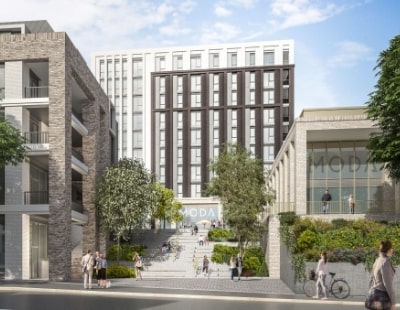 The green light has been given for Moda Living’s ‘landmark’ £260 million Build to Rent neighbourhood in Hove.

Moda Living, which counts itself as the UK’s leading family-owned operator of Build to Rent homes, is working again with funding partner Apache Capital to deliver new rental homes in the trendy seaside resort on the South Coast.

Moda’s plans have now received the go-ahead from Brighton and Hove City Council, enabling the firm to start work on 824 homes (564 new homes for rent and 260 homes for later living). It will aim to turn a rundown trading estate next to Hove Station into a ‘thriving inter-generational neighbourhood with extensive public gardens’.

The plans were approved at the Council’s Planning Committee last Wednesday, with Moda looking to start developing the site in 2021.

Working closely with Brighton and Hove City Council, substantial alterations were made to the submission, including an increased number of family homes and a decreased number of studios. Other changes included enhanced daylight levels and an increased availability of workspace throughout the development. 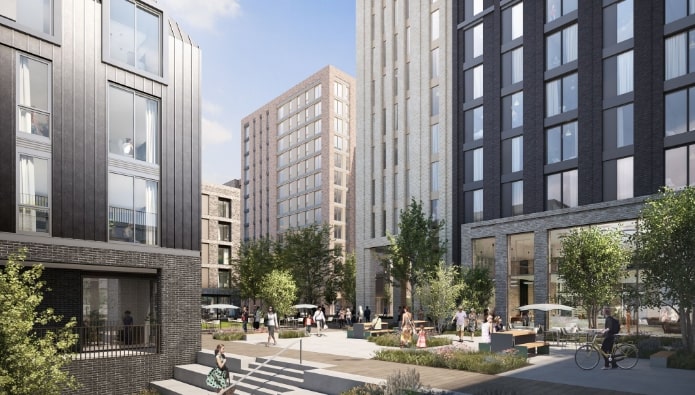 Moda says the decision to grant planning permission will help address the area’s acute housing shortage, delivering 20% of Hove’s five-year housing supply whilst retaining around 70% of the site for use as reimagined public space for the local community. This is set to include landscaped areas and space given over to newly planted trees and gardens.

The revised plans – the initial proposals to regenerate the Sackville Trading Estate were turned down by the council in July last year – also include ‘one of the largest planning contributions to public amenity by a private company in Brighton & Hove in a decade’.

The total figure is said to be over £10 million, which is set to be invested locally in infrastructure, education, public art and helping the local community.

Some 10% of the homes are being offered as affordable housing as part of the proposals, despite the council’s own consultant stating that the site was not viable for such accommodation.

Moda Living employs a no deposit approach and doesn’t levy service charges on its residents. In line with other Build to Rent developments, the monthly rental in Moda Living schemes includes a range of amenities including gym access, internet and lowered electricity costs.

The development is set to follow an intergenerational approach, eager to appeal to both small and large households of individuals - or families - as well as older members of the community.

James Blakey, planning director at Moda Living, said: “We are absolutely delighted that Brighton and Hove have put their faith in our exciting vision for the regeneration of the Sackville Estate. The decision today will enable us, together with our partners, to revitalise a long dormant brownfield site with new homes and employment opportunities, while also investing £10 million into the local community, including over £4 million on projects spanning education, employment, sport, public art and green spaces, alongside the creation of over 560 full-time jobs.

He said the firm was very grateful for the cooperation and engagement it had received from a range of local stakeholders, who had ‘helped inspire the creation of a comprehensive and integrated package of proposals, to ensure the plans meet the needs of the wider area’.

“We look forward to investing in the long-term success of the area and working with the community over the coming months and years,” he added.

The Sackville Trading Estate is situated on a brownfield site that lies mostly derelict at present. It has been identified for development and the approved plans are set to transform it into a ‘truly multi-generational community’, according to Moda.

Peter Kyle, the Labour MP for Hove since 2015, said: “I’ve worked really hard with Moda and the local community to get the very best from this site. Hove is not going to get better than this from a private site, and I’m over-the-moon that although the District Valuer said Moda didn’t have to include any affordable housing, there will be 10% included in the scheme, which also brings 560 jobs and 260 supported living flats.”

He added: “This bold development offers renters long-term contracts for security and scraps charges, which is something I've been campaigning on for the private rental sector for a long time. The fact that Moda will build the development and then remain as landlord also reassures me that they are committed to Hove for the long-term.”

Moda and funding partner Apache Capital Partners now have £850 million of live schemes under construction across the UK – the first phase of Moda’s £2.5 billion pipeline of over 7,500 rent-only homes.

This announcement follows on from the news about its plans for a major new project in Birmingham, which is set to provide a new 720-home community in the city.

Moda is positioning itself as a pioneer within the BTR sector. From...