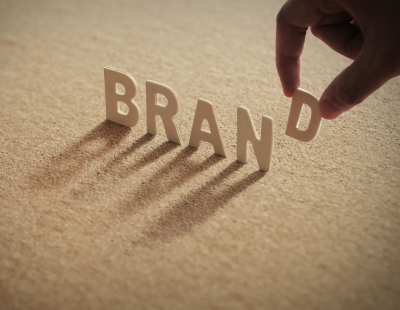 Branded residences have grown in popularity and scope in recent years, but are they something investors should keep an eye on? And what are the possible rewards from this type of investment?

Earlier this week PIT attended a webinar presented by QP Savills, which focused on W Residences Algarve, the fastest-selling branded residences in Europe, to see what all the fuss is about and find out more about the branded residences model.

It was hosted by Mario Sardo, sales executive at QP Savills, and also included input from various team members at QP Savills and W Residences.

Here is what we discovered.

What is a branded residence?

Riyan Itani, head of Savills’ International Residential Development Consultancy at the company’s head office in London, describes a branded residence as quite simply a residential property affiliated with a brand, which can be a hotelier or otherwise, available on the open market.

The residence typically benefits from high-quality facilities and services, usually provided by a hotel, which are included as part of the ownership package.

Properties are also managed for the owner by a management company, both when they are in residence and – perhaps more crucially – when they are living outside of it. Owners can also rent out the residence when they’re not there to generate extra income.

Typically, gardens, pools and landscaping will be a part of the overall environment, while brands generally have a high brand standard to stick to in terms of service and amenities.

“Branded residences are a fantastic investment opportunity,” Itani told the webinar audience. “It offers a net yield/return at the end of the year for owners.”

There are three types of branded residence – one is co-located properties, as is the case at W Algarve. Here, the branded residences are on the same site but not joined directly to the hotel. Then there are condo-hotels, where the residences and hotel effectively meld into one entity. Lastly, there are standalone residences which are run by non-hotelier brands – for example, fashion, tech and interior design brands.

According to Itani, the branded residential sector started in the 1980s in New York and grew modestly up to the year 2000. In the past 10 years, however, there has been much larger growth, with the sector expanding by some 180%. Itani says this is expected to continue with many schemes in the offing. The trend is definitely on an upwards trajectory.

Itani believes the reason behind this is the sound economics of the model. “For developers, the affiliation with a brand enables them to differentiate their product to buyers,” Itani says. “For brands, they can engage with customers in a different way and reach new markets and new locations. For purchasers, it offers a hassle-free second home. Or even a third or fourth home.”

He says the residence can be treated as a lock-up and leave, with the reassurance that it’s being looked after and maintained when the owner isn’t there. He also says the quality of the properties on offer makes them appealing, as does the ability for owners to earn an income even when they’re not there.

Where are branded residences most popular?

The two biggest markets, at present, are North America and the Asia Pacific, with North America the current market leader in terms of branded residential schemes.

The continent has 198 schemes already in operation and a further 61 in the pipeline. In the Asia Pacific, there are 132 existing schemes and a further 96 in the offing.

In Europe, meanwhile, there are 70 current schemes with 69 in the pipeline. Other parts of the world also have growing pipelines.

It’s still a very niche sub-sector of the market, and very small-scale, but also fast-growing. In Europe, especially, it is an expanding and emerging market, with nearly as many schemes in the pipeline as those which already exist.

In Portugal, there are six open and completed branded residential developments scattered around the Algarve and Lisbon. There are also a further six in the pipeline, including W Algarve, which is set to complete this summer.

This includes hotelier and non-hotelier brands, although hotel brands are by far the most dominant. Marriott – which owns the W Hotel and W Residences chain – is head and shoulders above the rest, with around 23% market share.

After that, there’s Accor, YOO (the biggest non-hotelier name in the market and a design-led brand of developers, placemakers and designers with a mission to improve the way people live, work and play), Four Seasons, Hilton, Trump, IHG, Hyatt, Emaar and Banyan Tree Group.

The W branded residences already exist in North America, Asia Pacific, the Middle East & North Africa, Europe and Central & Latin America. But it’s Europe which has one of the most active W pipelines, with only one scheme completed but three more to come.

What does W Algarve offer?

Catejan Arajuo, who previously worked for W Goa, is now general manager at W Algarve Hotel – which will incorporate the W Residences once they are ready.

He says the big draws for buyers – over 50% of the residences have already been sold, exclusively by QP Savills – is the coastal way of life, food and weather offered by the Algarve.

The Residences are located in Galé, a quiet and peaceful area close to Albufeira which boasts some of the most impressive beaches in Portugal.

The beaches and the ocean are on the doorstep, and can be seen from the windows of the W Residences. Residents can also enjoy a range of restaurants, a spa, various activities, a play area for children, a private pool, a farm growing traditional Algarvian produce such as olives, tomatoes and herbs, and a design influenced by the area’s Moorish past.

The homes are designed to be simple, modern and luxurious. There are 83 W Algarve residences in total.

Who is buying the homes?

Karin van den Hemel, director of sales at W Algarve Residences, says 80% of the buyers so far are European, with people hailing from the UK, Ireland, Denmark, France, Spain, Germany, as well as Portugal itself. But there are buyers from all over the world in what is a very international crowd made up of people who are familiar with owning holiday homes abroad.

The main appeal, she says, is having a second home ‘without the headaches’ within a hotel-style concept that offers hotel levels of pampering.

“Many of the investors are new to Portugal and want to spend more time in the country,” she says. “We have all age groups, all types of buyers. Families, couples, retired people. They all want home ownership with perks.”

The residences are set to open this summer, with the final elements of construction being finished now. There are one, two and three beds with or without a pool on offer. All are fully furnished and equipped. All the unit types are still available to new buyers, but some with greater availability than others.

Van den Hemel says the residences are a good vehicle for both the Golden Visa and the NHR scheme.

“They offer boutique homes away from home,” she concludes.

There were some delays because of Covid, as has been the case for nearly all construction schemes the world over, but people are currently working on-site to put the finishing touches to the homes and the launch date is still set for Q3 summer this year.

Are the Residences eligible for the Golden Visa?

Josué Coelho, a property lawyer, stepped in during the Q&A session at the end of the webinar to answer questions about the Golden Visa.

The scheme, launched in 2012, is now available to British citizens as a result of Brexit. It offers a five-year residency visa which provides the right to live in Portugal but no obligation to do so. People using the scheme must spend a minimum period of seven days in Portugal in the first year, then no less than 14 days in each subsequent two-year period (this is known as the stay requirement)

The scheme provides visa-free access to Schengen and the chance of obtaining permanent residency or citizenship (a Portuguese passport) at the end of the five years.

The recent changes to the Golden Visa scheme, which will see some areas excluded from January 2022, including Lisbon, Porto and many parts of the Algarve, won’t impact W Residences because it’s a touristic complex and not a place of habitation. In this sense, the tie-up with the hotel comes in very handy for buyers as other second and holiday homes in and around Albufeira will be excluded from the programme from the start of next year.

You can find out more about the W Residences here and get in contact with the QP Savills team here.