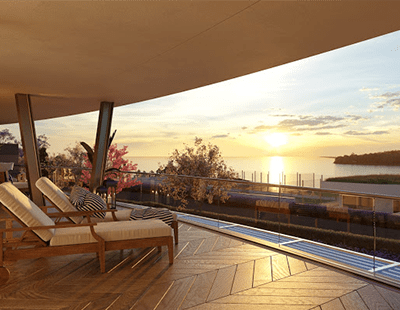 A number of experts in the Portuguese property market have pointed out that the Golden Visa scheme, which is set to end in Lisbon, Porto and coastal parts of the Algarve from July 1 2021, is still likely to apply to inland locations where house prices have been less affected by a concentration of overseas investment.

The team at Ombria Resort, located just outside of the Algarvian town of Loule in the parish of Querença, Tôr and Benafim, believes, to the best of its knowledge, that the scheme will continue to apply to low-density areas and parishes across Portugal after July 1.

This would mean that potential buyers at Ombria Resort and other inland, low-density resorts could continue to benefit from the Golden Visa scheme even once it ends for other locations.

A recent article in the English language online news site Portugal Resident, when discussing Portuguese residency for Brits, said: “With all the conflicting reports, it’s still not ‘crystal clear’ which areas will be excluded from the Golden Visa scheme after June 2021 – and which might at a pinch sneak through.”

The article added: “In the Algarve, for example, companies set up to advise people on how to negotiate residency options tell us their advice is that the regime will continue within the region. But earlier this year, word from the government was that Golden Visas would not be available for investments in the areas of Lisbon, Porto or any coastal areas – which would apply to the Algarve as a region.”

“However, there is still a chance that the landlocked boroughs of Monchique, São Brás and Alcoutim could potentially qualify as areas for Golden Visa investment.”

It concluded: “That said, we are in an era where rules change from day-to-day – and are very often incorrectly reported. Perhaps the message of this week’s cover story is that there will always be a way for Brits to live in Portugal. It is just a question of finding the right scheme and getting the right advice.”

While the official legislation is yet to be published, on December 22 2020 Portugal’s Council of Ministers approved an amendment in a decree-law which will change the parameters of where investors can acquire property to qualify for the Golden Visa – which offers non-EU nationals a route to Portuguese residency with an investment of €350,000 (for an existing home) or €500,000 (for a new-build).

The changes are expected to become law in the coming months, with the objective of increasing foreign investment across inland Portugal, specifically in low-density regions.

In the majority of cases up to now, Golden Visa investment has been concentrated on metropolitan hotspots such as Lisbon and Porto or popular, tourist-friendly coastal regions such as those along the beachfronts of the Algarve.

According to La Vida Golden Visas, from July 2021 investment in coastal locations including Lisbon and Porto will no longer qualify.

“The government also stated there will be a transition period which will run to 2022, which we expect will be to allow investors to complete their applications,” it said.

“This presents a six-month window of opportunity to Golden Visa investors who wish to invest in the country’s prime locations before the new changes come into effect. An influx of last-minute investors purchasing in Lisbon and Porto in a bid to meet July’s deadline is expected over the coming months.”

The website added: “La Vida also expects the availability of €350,000 refurbishment projects in Lisbon and Porto to start to decline soon as new projects are unlikely to be started. Demand will rise and supply will fall so we encourage any prospective investors to act quickly at the start of 2021 for the best available deals.”

Golden Visa investment on the decline

The Golden Visa programme in Portugal, launched in 2012 to support the country’s economic recovery from the global financial crisis, and open to Brits since the Brexit transition period ended on January 1 2021, has been having trouble keeping up its momentum during the coronavirus.

The Golden Visa programme isn’t just centred on property – although that is by far the most popular route for most investors – with applicants also able to invest €250,000 in arts and culture or by creating a company with a minimum of 10 jobs.

December’s Golden Visas came from across the globe, with 14 investors hailing from China, four each from Russia and Algeria, and three apiece from Brazil and South Africa.

Since its launch more than eight years ago, figures from the Service for Foreigners and Borders (SEF) suggest that the scheme has generated more than €5.6 billion for the Portuguese economy.

Brits concerned that they won’t have the time or funds to take advantage of the Golden Visa scheme in some of Portugal’s most popular areas before it closes may want to look instead at other, cheaper forms of residency.

The Portugal Resident article mentioned above insists that, despite Brexit and high-profile stories of Brits being blocked from travelling back to homes in Southern Europe, Portugal remains ‘wide-open to citizens of its oldest ally’ – still offering routes to residency to those seeking to live outside the UK, even if they want to bring their extended family with them.

“The D7 visa has been running for years,” the article says. “But thanks to myopic press focus on Portugal’s ‘Golden Visa’ programme, many Brits have simply never heard of it.”

“With the Golden Visa regime to be ‘scrapped’ this summer for Lisbon, Porto and coastal areas of the mainland, Brits have been flooding estate agents with panicked inquiries fearing Golden Visas are the last chance for securing a new life in Portugal.”

It pointed to the experiences of one agent with offices along the Algarve. “There is a great deal of confusion about how Brits can take up residency here,” the agent told the website.

Another agent told the website how demand from Brits who still want to live in the EU – and take advantage of things like free movement of people – has been ‘huge’ since the latter part of 2020.

“Once travel restrictions are lifted, we’re expecting to be busier than ever with UK buyers,” the agent said.

In fact, the article states, some agencies have actively been steering concerned Brits away from the whole Golden Visa scheme because, in many cases, the D7 visa is all they require.

“We are careful to advise them that the Golden Visa is of little benefit to anyone who actually wants to live here, especially for retirees,” one agent said, with the scheme targeted towards people who are eager to invest in Portugal and get access to the Schengen Zone, but who also prefer to retain their domicile in another part of the world.

The article explains in detail what the D7 visa is, how it works and how Brits can take advantage of it. You can find out more here.

This piece also gives a good rundown of what is required.

With Covid-19 cases, hospitalisations and deaths all rising, Portuguese ministers have announced that the country will be going back into a March-style lockdown from Thursday. Final details have yet to be revealed, but it is likely to include the closure of cafes, restaurants, non-essential services and non-food related shops. Schools are set to remain open for the under-12s, but older students may be subject to remote learning.

Flights in and out of Faro - the Algarve's airport hub - are already at a bare minimum. For now, British investors seeking Portuguese property or residency will have to arrange it from afar until the lockdowns in both the UK and Portugal start to ease.