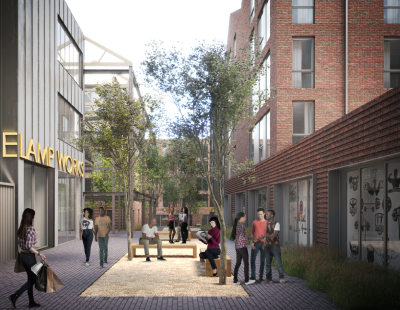 Cordia, a developer with interests across Hungary, Poland, Spain, Germany and Romania, is the residential development platform of Futureal Group. With more than 500 real estate professionals and seven million sq ft of properties under construction across 43 ongoing projects, Futureal Group is one of the leading real estate development and investment groups in Central and Eastern Europe.

The firm recently issued a €135 million, seven-year bond and a €105 million, 10-year bond to fund its international expansion and foray into the private rented sector (PRS).

Birmingham-based Blackswan, now operating under the Cordia Blackswan brand, will continue to be led by its current management team, but the company will also be growing its team with a recruitment drive in the next few months to support the scale of its existing planned projects.

The deal was brokered by Tony Haran, Midlands Head of Residential Investment and Build to Rent expert in CBRE’s residential team. He advised Cordia on its first UK residential acquisition, following an initial fact-finding trip to the city.

Marcus Hawley, managing director and founder of Blackswan, commented: “Blackswan’s vision has always been to create sustainable places that enable people to live happier, richer and more fulfilling lives. Being part of Cordia will allow us to fulfil that vision by delivering a £550 million pipeline of projects across the West Midlands. We are excited to join the Cordia family as they share our vision of creating new, well-designed places where people want to live, work, play and learn.”

Tibor Földi, chairman of the board of Cordia, which has offices throughout Central Europe, said: “Our goal is to become one of the leading and most diversified residential development groups in Europe. The acquisition and recapitalisation of Blackswan is not only our debut in the UK, but the latest milestone of our international expansion strategy.” 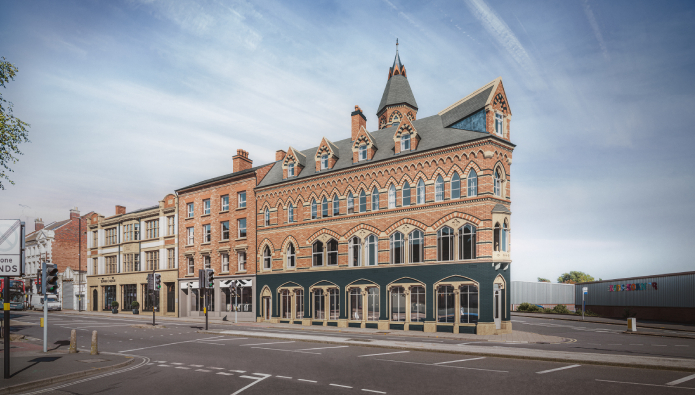 Gábor Futó, founder and majority owner of Futureal Group, said: “The Blackswan team shares the same values Futureal Group was built on: integrity, creativity, perseverance and team spirit. We also share a common desire to build lasting value for the communities we are working in by creating great new buildings, vibrant public spaces, respecting and building on heritage and having the imagination and commitment to pursue transformational urban renewal projects.”

Meanwhile, Haran said the deal is a huge vote of confidence in Birmingham’s residential sector and could facilitate the delivery of up to 2,500 new homes in the city ‘by an experienced and well-financed developer’.

“Cordia has big ambitions for the UK and it is a testament to Birmingham’s place on the international investment stage that it has been chosen first, as the stepping stone for their plans,” he added.

Blackswan concentrates on residential-led, mixed-use developments in the West Midlands region. Projects currently include The Lampworks, a 124-home Build to Rent apartment scheme, and The Gothic, an ‘ambitious reanimation’ of listed and heritage buildings which will create a new residential and leisure destination. Both developments are located on the edge of Birmingham city centre, in the historic Jewellery Quarter.

The company was founded in 2009, in the aftermath of the global financial crisis, by Hawley, in order to develop well-designed homes in places ‘where real people want to live their lives with a sense of community’.

The sale of the firm to Cordia seeks to ensure that this vision can be brought to life by combining Blackswan’s local market knowledge and expertise with Cordia’s experience in the delivery of large-scale residential projects across Europe for more than 15 years.

“2020 has clearly been a challenging year for everyone, but we are very happy to bring some positive news to the region with this deal, especially in terms of the number of homes we will now be able to build and the number of jobs we will create both in our team at Blackswan, on our construction sites and eventually in our commercial spaces,” Hawley said.

‘Crowd with Us’ recently announced it has completed its first deal under a new model that continues to ‘offer exceptional investment opportunities and returns’.

A property in Thornton Heath was fully funded within 48 hours of the first launch under the new model, which sees 'Crowd with Us' focus on ensuring that lenders’ interests are at the forefront of the investment opportunities.

Rob Wilkinson, co-founder of ‘Crowd with Us’, said: “We are very pleased to have completed a first deal under the new structure and the very positive response we’ve seen from both lenders and property developers. Neither group will really see much change in how we do business, and we will continue to operate in a broadly similar manner as before - providing developers with short-term, secured finance and outstanding opportunities to our investors, and continue to focus on offering great service and transparency to all of our customers.”

The change has taken place as ‘Crowd with Us’ has assessed and reacted to the changes in the outlook for the property market caused by the Covid-19 pandemic, and an increasingly restrictive structure within the previous Appointed Representative arrangements.

The new model, by contrast, offers flexibility to take advantage of opportunities that may arise for specialist finance moving forward.

‘Crowd with Us’ is an investment funding platform offering funding options for property deals. It works closely with a number of brokers and senior lenders, with which it has ICDs in place, to provide tailored solutions.

Over the past 12 months it has helped borrowers facilitate the purchase and development of over £150 million GDV worth of projects and it continues to have many investors looking for projects to invest in.

‘Crowd with Us’, which calls itself the smarter way to invest and enables investment in property in just a few quick clicks, has more than 9,200 users, over 1,000 units funded, and has so far repaid £1.1 million to investors, with a 100% payback record. It aims to remove the financial barrier of entry to make property investment more accessible and more democratic.

It was founded by Wilkinson and Robert Pasternak in January 2015, with a six-figure investment boost by the founders themselves, and a goal to become ‘the Amazon of the property crowdfunding world’. In March 2016, it received the Financial Conduct Authority (FCA) seal of approval, while a month later the CWU platform and website went live.

Development roundup – development sprees and a moment of firsts ...

In this week’s roundup, Property Investor Today takes a look at the...