The Prime Central London (PCL) property market is the busiest it has been for over five years, according to estate agency Dexters.

The firm, which has a larger presence in the heart of the capital than any other agency, reports that the number of sales agreed for properties priced over £2 million between mid-June and mid-August was 85% higher than the same period last year.

Meanwhile, lettings transactions for properties costing over £1,250 per week were also up 41% compared to the same period in 2019.

Overseas interest in prime London properties is being driven by purchasers from Hong Kong, the United Arab Emirates (UAE) and India, while domestic applicants commonly work in the finance or law industries. 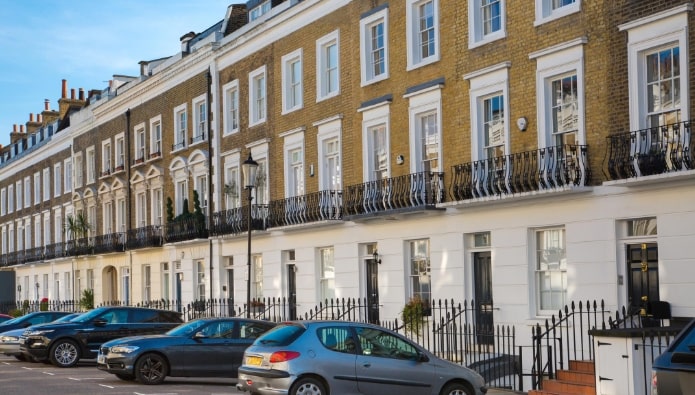 Dexters says that all buyers are keen to purchase homes with outside space. Apartments with large balconies or terraces, low rise houses and mews properties with gardens are attracting the most interest at the moment.

Prime London buyers are also currently willing to pay a premium for homes which have their own private entrance instead of a shared hallway.

Alongside, Hong Kong, the UAE and India, overseas interest is also strong from buyers in Singapore, the United States and Italy, with Dexters saying that over 80% of overseas investors are cash buyers.

The most popular property with foreign buyers is currently a spacious two-bedroom apartment with an outside terrace, located in an apartment building with a hotel-like concierge or porter. Overseas buyers are also keen on properties that have living spaces closer to the entrance, with the bedrooms beyond and a separate, rather than open-plan, kitchen.

According to Dexters, whether overseas or domestic buyers, the typical prime London apartment purchasers are couples without children in their 30s or 40s, or mid-to-late 20s buyers with help from the 'Bank of Mum and Dad'. Buyers of houses, meanwhile, are more likely to be late-30s to mid-50s parents with one or two children.

"Due to the pent-up demand that surfaced after the lockdown and people choosing to holiday in the UK this year rather than overseas, there is a particularly strong market this summer," says Richard Page, Dexters' marketing director.

"All the activity we are currently seeing gives us every confidence about the outlook for the Prime Central London property market."

Overseas and domestic students have returned to the London lettings market...

Eastern postcodes dominated the sale of new homes in the capital...