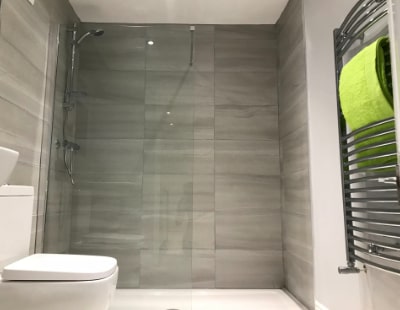 In part one, we told the story of how Paul Hanafin, a former busker and chemistry graduate, created a £1 million property portfolio.

“I’ve really struggled with finding a healthy balance recently,” Hanafin admits. “It’s not all been rosy with property — it’s been stressful at times and there’s been a lot of challenges. It’s a hard business to be in. It’s quite a large-scale transactional business and there are tens of thousands, if not more, at risk so there’s a lot of stress involved.”

He adds: “But it’s also challenging because it’s a self-employed business, too. At first, the phone would follow me home and I didn’t track the hours I was working. At one point I was working continuously and I almost lost consciousness of what was going on. I got into a bad place on a personal level because of all the stress, but I’ve worked myself out of that. It wasn’t easy, but I’ve definitely improved since then.”

He says it’s all part of the growing and learning involved with property investment. “I don’t think you can take on a big business and a big endeavour and expect it to be a cakewalk. I’ve had to change my outlook and have had to learn to cope with it.”

He says he now has a work phone and a non-work phone, which was a big adjustment but has brought considerable rewards.

“I know it sounds simple, but it took me years to do it. It’s nice to be able to switch off and not have notifications outside of working hours. It’s something I would recommend to everyone.”

Finding a good work-life balance is difficult, though, Hanafin adds. “I’ve been growing the business, but it’s something I have got to get used to and try to improve with it. I think it’s a natural part of growing a business.”

Hanafin lives in Darlington in County Durham, and has properties in Newcastle, Teesside, Gateshead and Sunderland.

“It’s quite a wide area, but all within a 40-minute drive. We have different strategies for the different sub-areas. Darlington is good at the moment, because there’s a lot of investment and developments, including a new Amazon fulfilment centre, which is attracting a lot of investors.”

Newcastle, meanwhile, has a large Article 4 area, so there is a strong demand for HMOs but purchasing can be difficult.

“The key markets for us at the moment are Darlington and Teesside due to the developments and leisure parks being built,” he states. 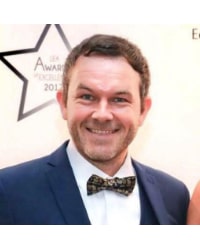 “Because more people are looking at this area to invest in, it’s difficult to know how the market will change over the next few years. If there’s a higher demand, it might be matched, but it’s hard to see how the balance will sit at the moment. I think the market is stable enough for BTLs, and it’s probably getting better.”

Hanafin is a huge advocate for BTL - and has bought a lot of them recently. He says he can see why some people think that it’s not worth it as a strategy, because it can be quite eye-opening to calculate that if something goes wrong, all cashflow could be wiped out. “But one of the things I like about it is how hands-off it can be. Of course, it depends on the exact house and tenant.”

He’s also acquiring properties for the longer-term to try and grow his asset base of future appreciation, and ‘BTL is a great strategy for the long-term’.

“But also, consider the alternatives. Although HMOs and SA (student accommodation) generate more cashflow, the occupancy is often lower than the first calculations and that could affect the return on investment. Plus, after taking into account the amount needed to spend to meet various regulations, it’s hard to get a good capital deal on it in terms of the overall spend on the property versus the bricks and mortar value.”

He adds: “With the current crisis the buzzwords such as co-living and SA are hit hard - and single family BTL is still strong as it is a fundamental way of living rather than a trend or circumstantial niche.”

Therefore, in the long-term, Hanafin says it’ll take a long time to generate any growth because of the amount spent in the first place — maybe even more than what the house was worth to begin with.

“This isn’t to say that I avoid these strategies. I buy HMOs for my own portfolio and manage several on behalf of other investors. It’s a good little way to get some temporary cashflow, but overall I don’t think it’s better than BTL.”

With a portfolio scattered throughout different towns in the North East, Hanafin says his businesses cater for a lot of different types of tenants.

“I would say that the working professional would be our majority, but we also have students and DSS, too. We never rule anyone out, and a lot of it comes down to the referencing and the gut feeling of the tenant at the time.”

He continues: “I have a dedicated team of staff for managing the properties. If a house needs to be visited, I encourage them to make the best use of time and do a couple of inspections or do some viewings. I always try to avoid one-off trips.”

If there is a problem in any of the properties, a member of the management team will call the relevant trade. “We have different contacts for each of the areas and maintain good relationships with them.”

Hanafin says he has dedicated staff in the sourcing business who scour the local market. “As a company, we have built some relationships with other estate agents who will often pass us something they think we might be interested in. Recently, people have also started approaching us directly to sell their properties.”

He has a set checklist for the sourcing team to follow when looking for suitable properties. When the team is almost ready to start the buying process, he will assess it himself and consider whether it will be a good fit for his own portfolio, a sourcing client or a JV partner.

“If any money needs to be spent on a property, I prefer those in which the overall spend is no more than the bricks and mortar predicted value, preferably less. If the property is sourced for another investor, it can be difficult to discuss predictions about costs because they can be impacted by a number of different variables,” he explains.

“It could need more work than initially thought or a surveyor could value it for less than expected, for example. I always prefer any numbers we look at to be based upon comparable sales if possible.”

He believes it is important for investors to do their own due diligence according to their own circumstances, then make decisions for themselves in spite of any advice. He says it is impossible to predict the future so any projections, although useful, are just estimates.

“We find similar conflicts when considering the ROI, too. Although we try to gain an annual net cashflow of 20% ROI, it will still depend on many future variables. It will always be an estimate.”

“Something I’ve always been a big advocate of when coaching people is having a second exit,” Hanafin says. “When getting into a project, it’s always good to start thinking about what would happen if it doesn’t go according to plan.”

“I’ve had no money before, and I think back to the days of when I was doing music or when I was on job-seekers allowance. I had no back-up plan. I don’t want to be in that situation again.”

As a result, he always thinks very cautiously. “The estate agent might say that it would rent for this, or it would be worth this after a refurb, but it could go wrong. Refurb could be higher and the rent could be lower. So, it’s important to make sure the second or third exit will work just as well as the initial plan or provides an exit you’re OK with.”

He concludes: “As an addendum to that, I always factor in huge contingencies on all our figures as well, so that I’m covered in that respect as well. But ultimately, the safest second exit we’ve come across is making sure that we don’t spend more than what the property is worth. That’s the best bit of advice I give to people.”

Property investment success – from busking to £1 million worth of property ...

Lots of people throughout the years have made considerable sums of...