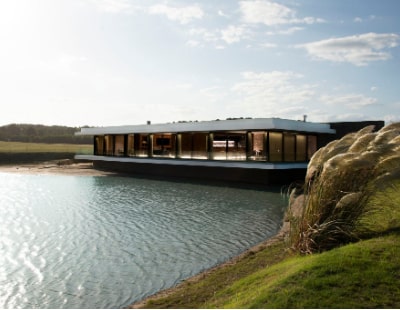 It’s not a country that receives much UK attention from a property investment, holiday or tourist point of view, overshadowed by its much bigger South American neighbours (Brazil and Argentina) and places with more historical or cultural landmarks such as Peru and Chile.

But could investors be missing a trick by not zoning in on a country famous for punching above its weight, particularly when it comes to football?

The second smallest nation in South America, Uruguay is nestled on the south-eastern coast of the continent and has long been dominated politically and economically by the heavyweight nations which surround it, namely Brazil and Argentina.

A country of just over three million citizens, it is dwarfed by its nearest neighbours (when looking at a map and otherwise), but it has a lively capital city – Montevideo – and a unique culture all of its own.

While small relative to its huge neighbours, it actually has five times more land than the Netherlands while having five times fewer inhabitants, as well as having more cultivable land than Japan with a population forty times smaller.

As a result, this combination of wide-open space and low population density has offered opportunities for economic development.

Uruguay has been an independent nation since the 1830s, with historical ties to France, Italy, the UK and Spain, and was for many years seen as one of the region’s most stable and progressive countries. However, a period of repressive military rule – from 1973–85 - cast a long shadow over national life which continues to this day.

Economic decline and factional struggles in the decades since civilian democratic rule was restored have caused problems for Uruguay, like many other parts of the continent.

Consequently, many young Uruguayans now emigrate to Europe and North America for a better life. That said, it’s known for its beach-lined coast, growing wine production and more advanced education and social security systems, and liberal social laws, than other parts of the region. Montevideo is famed for its Art Deco buildings, grand colonial-era homes, port markets and waterfront promenades.

It has a growing tourism industry thanks to its beach resorts, year-round mild climate and the attractions of its capital. Football is also a massive deal, with the country regularly outperforming much bigger rivals at major tournaments. Uruguay won the first ever World Cup in 1930, held in Uruguay itself, and won it again in Brazil in 1950.

In recent tournaments, helped by the talents of the likes of Luis Suarez and Edinson Cavani, it has tended to perform strongly despite a small population size.

The country has dealt well with the Covid-19 pandemic, with 823 confirmed cases and 22 deaths within its borders. You can find out more about current restrictions on travel here.

According to the UK government, around 20,000 British nationals travel to Uruguay each year.

With property markets the world over experiencing growing interest in real estate options in open spaces, far from large urban centres, developments such as Las Cárcavas, in Uruguay, stand out thanks to their ‘environmentally-friendly proposal and strategic location in a luxury, beach-front corridor'.

These developments are described as places where ‘one can escape, and find refuge and harmony in high-end design that meets nature and personal wellness’.

Covid-19 has, of course, caused uncertainty and economic damage across the globe – with pretty much every nation on earth affected in some way. It has ignited new challenges for property markets, too, with fluctuations throughout the world.

Owning property has traditionally been a valued form of savings in the midst of global and regional crises, but Las Cárcavas believes there is now another phenomenon that is paving the way for new opportunities within the property sector.

Social isolation caused by lockdowns the world over has altered the preferences and habits of people who, across the board, are now looking more than ever for contact with nature - an asset that has become a highly sought-after characteristic.

As a result, developments in green, open spaces, with wide-open surroundings, both remote and sustainable, have started to become more and more attractive within the real estate market, according to the development team behind Las Cárcavas.

Although both investors and developers are still being cautious, for obvious reasons, in this context luxury real estate developments with these characteristics have become an attractive and secure option for foreign investors. 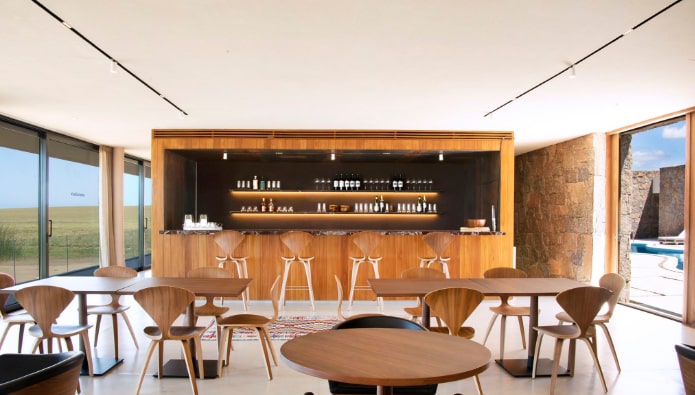 Located in Uruguay, along the Rocha coast in Garzón – a fifteen-minute drive from José Ignacio, which has become the most exclusive area in Punta del Este – Las Cárcavas, a high-end real estate development owned and developed by Optimum Capital Partners, is described as ‘a clear example of this trend’.

Las Cárcavas borrows its name from the rock formations generated from the rainwater erosion as it flows to the sea, a typical feature of Garzón's coastal landscape.

‘Unique in its style’, the development includes twenty-four ranch lots and space for sixteen bungalows, all distributed on just over 128 acres situated on a UNESCO national biosphere reservation.

The development offers access to 250 metres of exclusive beachfront with warm water, thanks to the tropical currents coming from Brazil. It also provides a number of luxurious amenities, including a swimming pool, beach club on the shore of a lagoon, natural grass tennis court, grill area, fire pit and corrals.

“Sustainability and environmental impact are two concepts getting more attention nowadays, generating lots of interest from investors: so, even in times of adaptation and transformation for many areas, our projections are positive given the current scenario,” Fernanda Prece, commercial director of Las Cárcavas, asserted.

The project’s ideals are ‘based on sustainability and a strict commitment to the environment’ – which means, in regards to design, the ranches follow certain pre-established architectural guidelines ‘in order to preserve the spirit of the natural landscape’.

In line with the overall vision, Englishman John Brookes, in collaboration with the Barzi Casares studio, has been commissioned to helm the landscape design for the open and communal spaces of the project.

Both are highly respected names in the international market for ‘their avant-garde and innovative work’, in-sync with environmental protection. 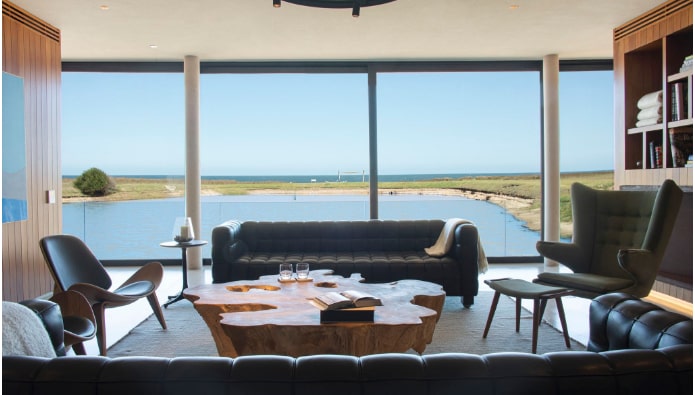 “We understand the changing dynamics of our clients' needs and that is why they are committed to offering substantial advantages to an investor who knows the market, and is eager to find projects that contemplate new trends,” Prece added.

“Another unique advantage of the project is its strategic location. Besides offering political, social and economic stability, Uruguay offers fiscal advantages through recently announced tax incentives, many of which are aimed at the foreign investor.”

The cost for the ranches ranges between $580,000 and $3 million, while each bungalow is valued at $1 million and are ‘turnkey ready’.

The access to Las Cárcavas from Punta del Este Airport is through Road 10, driving over the iconic circular bridge on Garzón Lagoon.

Poll: Is South America somewhere you would consider investing post-pandemic?

Last week, we profiled a country that doesn’t often receive much...

Earlier this year, we wrote a number of articles about the...