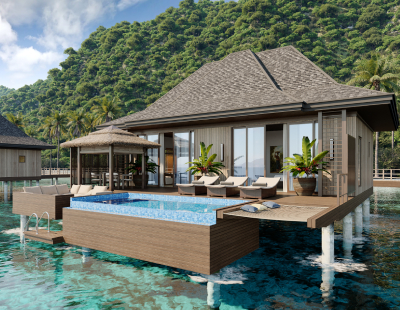 It’s not a name that immediately springs to mind as a property investment destination, but the Philippines – the small collection of islands in southeast Asia with a huge population – is being suggested as one possible isolation-holiday-friendly investment.

A significant chunk of the world’s population has experienced some form of lockdown, which has provided endless opportunity to re-evaluate daily life. One upshot of this has been a surge of interest in overseas property, as people both develop a ‘seize the day’ outlook and seek to make investments in Covid-19 safe havens.

El Nido Beach Spa & Resort insists its development in the Philippines fits the bill perfectly. Rick Lee, chief executive of El Nido Beach Spa & Resort in Palawan, said: “Humanity has been on quite the journey. While enquiries evaporated during the peak of the pandemic, as lockdowns lift, we’re speaking to more customers who crave a connection with nature, reliable warm weather and, most importantly, open space.”

He added: “A five-star resort on a far-flung Philippines archipelago province, purpose- built to suit a post-pandemic era, feels like the perfect antidote to urban coronavirus house arrest.”

El Nido Beach Spa & Resort, which is looking to be ready to welcome its first guests in 2022, is being constructed to alleviate any 'new normal' investment fears. Upon arrival, ‘sanitising stations will eliminate 99.9% of germs’, while touch points such as key cards, TV remotes and food menus will be kept to a minimum.

The detached luxury villas and over-water bungalows ‘are well-distanced from one another’ and include full private kitchens ‘to enjoy in-room dining’. Additionally, all staff will be following strict hygiene protocols.

Fortunately, Palawan was hardly touched by Covid-19 and the locals barely knew of its existence. As one of the most sparsely populated regions in the Philippines, Palawan comprises one main island surrounded by a cluster of 1,700 smaller ones and was declared a Biosphere Reserve in 1990.

Palawan has, in fact, become something of a media darling thanks to its appearances in films and TV shows. Scenes from the Matt Damon action-thriller The Bourne Legacy were filmed there, as were several editions of reality TV show Survivor, including Russia’s current 2020 series. 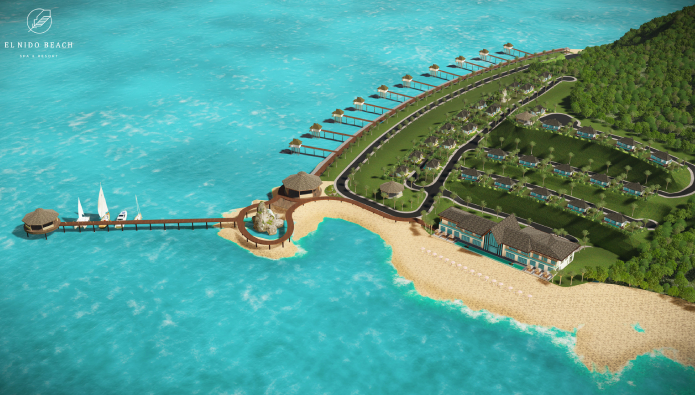 Famous faces such as Bill Gates, Tom Cruise, Mariah Carey, Naomi Campbell and Robert De Niro are all said to have visited Palawan, but at the same time authorities have been conscious to preserve the region’s pristine natural beauty and ‘the floodgates have not been opened to Thailand-style tourist hordes’.

The Department of Tourism calls for each visiting individual to be a responsible tourist and ‘help preserve the country's natural and manmade wonders’. Before the pandemic hit, the Philippines economy had shown similar stratospheric growth, ranking as the sixth richest in southeast Asia by GDP per capita values, behind Singapore, Brunei, Malaysia, Thailand and Indonesia.

El Nido Beach Spa & Resort, which lies to the north of Palawan, is well-connected geographically thanks to direct 1h 20min AirSWIFT flights from Manila International Airport to the newly-upgraded Lio - El Nido Airport. This is followed by a short 25-minute drive on the recently-expanded six-lane highway that is already complete in numerous townships.

The ten-hectare beachfront estate enjoys panoramic tropical ocean views and a number of features, including a clubhouse and spa, swimming pools, two restaurants, three bars, a cable car, helipad and a boat pier.

Phase one is made up of 46 one-bedroom and nine two-bedroom luxury villas, as well as 20 over-water suites - each with their own private plunge pool.

Phase two, meanwhile, will bring an additional 20 luxury villas. The development is set to be built with minimal environment impact and sustainability in mind, and remains on schedule to be fully operational by 2022.

As a ‘fully-managed resort’, this is described as a passive investment, with buyers expecting guaranteed rental returns alongside up to four weeks' free usage each year. Prices start from $239,000 (£192,000) for a one-bedroom villa with staged payments throughout the build.

The Philippines – in profile

An archipelago country of over 100 million people, it is made up of more than 7,000 islands and lies around 500 miles off the coast of Vietnam. It also counts Indonesia, Malaysia, Singapore, Taiwan, Brunei and China as neighbours.

It has historical ties to Spain and the US (in fact, it takes its name from Philip II, who was king of Spain during the colonisation of the islands in the 16th century) and, as a result, has a very Western feel and culture. Being ruled over by Spain for more than 330 years and then the US for nearly 50, it counts English as an official language and is one of only two predominantly Roman Catholic countries in Asia (alongside nearby East Timor, a former Portuguese colony). What’s more, it’s the second most heavily populated country in Asia after India.

Despite its Western influences, it also has many Asian characteristics, with Filipino cuisine a mixture of European and Asian. Popular dishes include chicken adobo, Kare Kare (oxtail stew), lechon (roasted suckling pig), Halo Halo (a Filipino dessert) and Tapsilog (described as the King of the Filipino breakfast).

Manila is the capital of the Philippines, and its most famous city, while nearby Quezon City is another well-visited area. The islands, which range in size from large to very small, have become popular tourist destinations in recent years. 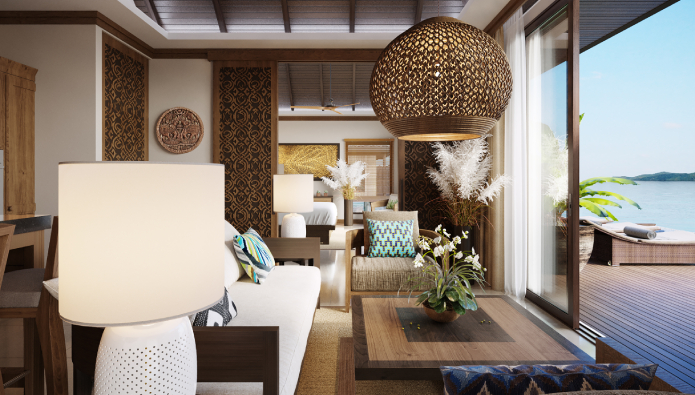 While the current Foreign Office advice remains for British nationals to avoid all non-essential international travel at this time because of Covid-19, this could change in the coming months as the world gets closer to a successful treatment or vaccine.

It’s estimated that more than 200,000 British nationals visited the Philippines in 2018, with most visits trouble-free.

Leamington Spa revealed to be happiest town in the UK ...

The Warwickshire spa town of Leamington Spa has been named as...