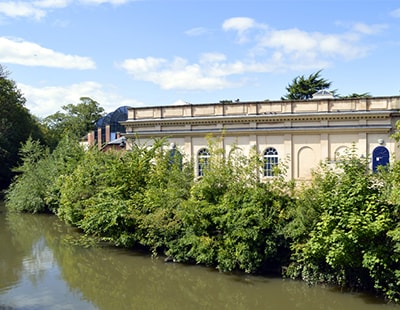 The Warwickshire spa town of Leamington Spa has been named as the happiest place to live in the UK, according to Rightmove’s Happy at Home Index.

Harrogate, which won top spot three times in a row between 2013 and 2015, was in fourth position, while fifth spot was taken by the popular commuter hub of Royal Tunbridge Wells. Another commuter hotbed, Epsom in Surrey, was in seventh place.

Spa towns generally performed well, with Cheltenham in 29th and Bath in 38th spot. Llandrindod Wells, meanwhile, was named as the happiest place to live in Wales and the 12th best overall in Britain.

Some 17,000 people throughout the country participated in Rightmove’s study, which asked residents how happy they are in the location they live and asked them to rank their happiness by 12 factors. These 12 factors ranged from how good the local services are to the friendliness of neighbours and how easy people found it to be themselves.

As well as scoring highly for being a place where locals can be themselves, where neighbours are friendly and where there is a strong sense of belonging, Leamington Spa also scored well on good access to green spaces and nature. The average overall asking price of a home in the town is £330,848, up by £20,000 on a year ago.

Although Leigh-on-Sea lost its top spot as Britain’s happiest place to live, the seaside town still performed admirably – taking the silver medal for its good local services, friendly neighbours, strong sense of community and good range of pubs and restaurants.

Of the top 10 happiest town, seven are based in the South (Leigh-on-Sea, Tunbridge Wells, King’s Lynn, Epsom, Richmond upon Thames, Poole and Chichester), with only Harrogate, Wirral and Leamington Spa located further north. These three more northerly locations, however, made up 3 of the top 4.

“We’ve looked at the connection between each of the factors and what contributes to how happy people say they are overall, and it’s the people in an area and how someone feels about living there that makes the biggest difference,” Abiola Oni, Rightmove’s research manager, said.

“So the strength of community spirit, people feeling like they belong and that they can be themselves are all more important than the services and money that they have, though these do still contribute to overall happiness.”

Philippines – does it make for the perfect post-pandemic investment location? ...

It’s not a name that immediately springs to mind as a...