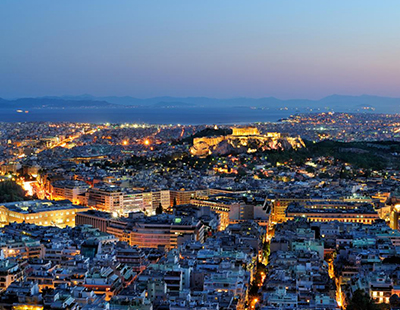 We recently explored whether Portugal – which has handled the Covid-19 pandemic better than most European nations – is, as a result of this, a safe haven for investors.

Greece, though, has done an even better job of handling the crisis, despite being hard-hit by the decade of austerity it suffered in the wake of its economic collapse. At the time of writing, Greece has had 3,148 confirmed cases and 184 deaths.

The country, aware that its health system would struggle to cope with a widespread outbreak of coronavirus, locked down hard, fast and early.

Despite being known as the new sick man of Europe thanks to its long and painful economic crisis, which the country had only just begun to emerge from before coronavirus, Greece has proved to be an unlikely success story in its handling of the pandemic. This is despite its elderly population, fragile economy and less well-funded health system making it potentially highly vulnerable to the disease.

Some have even suggested that the pain and hardship it has been forced to endure through years of tough austerity measures and economic turmoil set it up well for a crisis – as it had been in near-permanent crisis for much of the last decade.

Greece’s success in handling the pandemic has been such that it reopened to tourists from June 15, hoping that its low rate of coronavirus and a long list of safety rules and measures will lure holidaymakers back to its tourism hotspots.

The importance of tourism to Greece, a country still trying to get back on its feet economically, can’t be understated. It accounts for more than 20% of the country’s GDP, while 33 million people visited last year, generating tourism revenues of £19 billion. 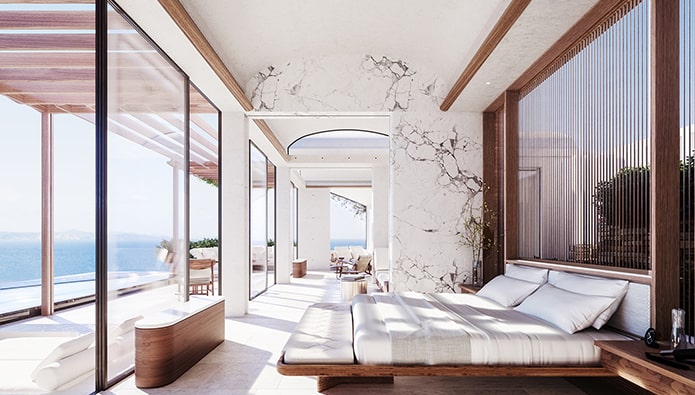 The importance of British tourists, to the Greek islands in particular, is also significant, with The Telegraph recently reporting that places such as Corfu and Crete could face economic wipeout if British tourists can’t visit this summer.

It explains why there is eagerness on both sides to create air bridges or travel corridors between the two countries to ensure Brits can still have a summer holiday and the Greek islands can still have something resembling a summer season.

What are the rules on Greece’s tourist market reopening?

Given its importance to the economy, Greece fast-tracked the return of its tourism industry. Originally, only flights from 29 European and other low-risk countries – including Australia, Israel, China and South Korea – were welcome, but now officials say the borders will be open to all travellers, including those coming from badly-hit countries such as the UK, the US, France, Spain, Italy and Brazil.

All arrivals from these countries, however, face mandatory testing for the coronavirus, and a quarantine period of one or two weeks.

So, at present, a British investor or holidaymaker looking to travel to Greece would face a quarantine when they got there, and a two-week quarantine when they returned to the UK. Which is why the mooting of air bridges, to strip away or reduce these more restrictive measures, is such a hot topic of discussion.

You can find out more about the reopening of Greece’s tourist market and the potential for quarantining in this Forbes article. Meanwhile, this BBC Worklife article explores how the Greeks plan to bring tourists back.

Is it a safe haven for investors?

To answer this question, we checked in with two experts on Greek property – Pantazis Therianos, chief executive of Euroterra Capital, and Miltos Kambourides, the founder and managing partner of Dolphin Capital Partners (DCP) – to get their thoughts on whether Greece will be a safe haven for UK property investors for the rest of this year and beyond, given how well it has handled Covid-19.

“All countries have had to weather this pandemic and make amazing sacrifices,” Therianos said. “I’m hopeful we will come out of this stronger, with international investors continuing to invest their money into Greece, boosting the economy.”

“We saw such a promising comeback for the Greek economy at the beginning of the year, and it would be great to see this continue, despite worries in the current climate.”

What happens, though, if air bridges can’t be agreed between Greece and the UK? How will UK buyers looking to invest in Greece be able to do this?

“All transactions can be done remotely, and we have long-term experience in doing these types of [deals]; it is definitely possible. The UK and Greece also have a long-term relationship, and so I’m hopeful that a decision will be made for the best possible outcome on this for both nations.”

When asked what Greece’s main attributes are from an investment viewpoint, and whether there are certain under-the-radar parts of the country (both mainland and the islands) that deserve more attention, Theranios replied: “There are so many different aspects to Greece and its surrounding islands. Other than popular mainland Greece and its capital, Athens, in recent years Mykonos has had a lot of attention, and we are a big advocate for this and the island of Lefkada, hence both being homes to our Crystal Waters Global brand.”

He said both islands offer the type of stylish, beach lifestyle ‘our clients are looking for – and just a one-hour flight from Athens’.

“And, of course, the long summers and stunning beaches make these islands long-term favourites,” he added. 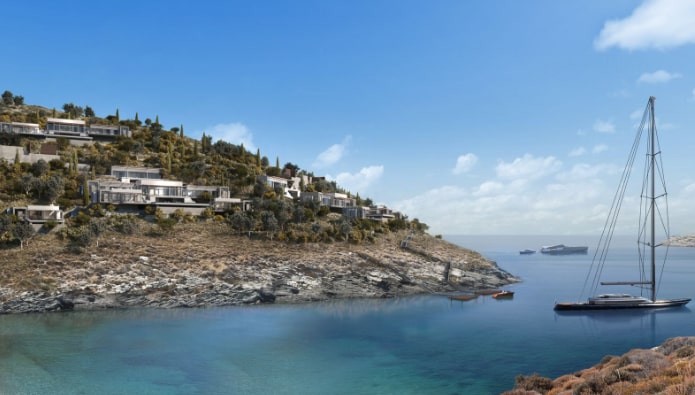 With Greece suffering more than any country off the back of the 2007-9 global financial crisis, it currently relies on outside investment and tourism more than most.

But will this be needed more than ever to ensure that Greece doesn’t have to return to the darkest days of austerity, caused by years of borrowing money that it was unable to claw back through tax revenues?

“A great many countries rely on outside tourism,” Therianos said. “We want people to enjoy the best that Greece has to offer, the beautiful landscape, culture and history, as people have done for decades.”

“With the lockdown, I think now more than ever, people desire the opportunity to travel and to escape to different places, and once restrictions have been lifted, I think people will revert back to wanting to explore and escape from everyday life.”

And if he was to sell Greece to investors in just three words? “Timeless. Beauty. Culture.”

Kambourides, who established Dolphin Capital – the owner of the Amanzoe and One&Only Kea Island resorts in Greece – says there are a number of reasons why investors would be attracted to investing in the Greek mainland or islands, with numerous selling points and attractions on offer. 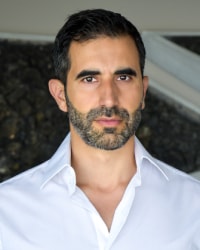 “Greece is a global brand and a timeless destination: 16,000 kilometres of coastline, thousands of beaches, and 6,000 islands and islets means there is always something new to discover,” Kambourides explained.

He said ‘amazing resorts’ are being created on artificial islands or places without cultural and natural advantages, but in Greece ‘there is so much history and heritage’, and the One&Only brand works to highlight those elements in order to bring people to places they might not have ordinarily thought to visit.

“Our aim is to combine some of the world's best hotel brands and designers in order to make Greece the most upmarket, chic and elegant destination in the Med, so we can offer our investors and guests the best in hospitality for both the resort and our residences,” he added.

Are there any tax incentives for investors in Greece, like there are in Portugal? “In Greece, we offer Golden Visas when one acquires a real estate asset at a minimum value of €250,000.”

“This is something we offer to those purchasing an Amanzoe or One&Only Kéa Island Villa, should they wish to take advantage of it.”

What does the Greek Golden Visa involve?

Launched in July 2013, the Greek Golden Visa grants a five-year residency visa in return for an investment in real estate, typically buying a property with a minimum value of €250,000.

There is no minimum stay requirement, while children up to the age of 21 are included in the family application. The visa, which is granted for five years and renewed every five years if the property investment is retained, does not make it necessary to live in the country in order to retain and renew the investor visa. That said, citizenship can only be granted after seven years of residency.

It is offered to non-EU/EEC residents and provides as key advantages visa-free travel within Europe’s Schengen Area and the opportunity to rent out the investment property they own. You can find out more here.

According to the Greek Ministry of Immigration, the Golden Visa programmes draws approximately 10,000 investors from China, Russia and other non-EU countries such as Egypt, Lebanon and Turkey.

The Golden Visa programme has been closed during the coronavirus pandemic, with Greece being one of the first countries to put its scheme on hold, but it is now planning to relaunch it.

Greek authorities have taken further steps to facilitate Golden Visa applications by accepting remote applications and allowing for the submission of biometric data at a later stage.

What’s more, collection can be made by a person showing a certified copy of their passport, while collection of already issued Golden Visas and submission of additional documents can be done via courier.

Greece’s property market had only just started to get back on...

Insight – is now the time for Menorca to emerge from the shadows? ...

Of the four largest Balearic Islands, Menorca – alongside Formentera -...

Residential property prices in Greece fell at a slower pace in...

Revealed: why Brits should look into property overseas now ...

Emigrating abroad has always been a popular choice for Brits wanting...