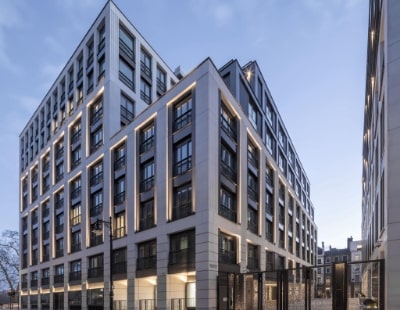 The Mayfair property market is set for a ‘Boris Boom’, according to the latest report by estate agency Wetherell.

The report – titled ‘Mayfair in Minutes: 2020 Residential Market Report’ – revealed a polarised market with potential for significant growth over the coming year as limited stock and high demand from international buyers is set to drive sales.

Mayfair, which is now established as a worldwide destination and brand appealing to an increasingly young demographic, is set to undergo the biggest changes to its property market since the 1920s.

Wetherell says the market is split into second-hand stock and new ultra-prime developments, and is buoyed by renewed confidence following the Tory win at the General Election.

Following three years of political uncertainty, the report highlights that the average pound per sq ft values for second-hand stock are now at levels comparable to the end of 2013, with 51% of sales last year reaching over £2,000 per sq ft, compared to 18% across the rest of Prime Central London.

The agency predicts that sales volumes of second-hand properties could increase by up to 50% over the coming year, prompted by limited stock and pent-up demand.

For buyers opting to invest in second-hand properties, Wetherell forecasts significant growth in the £5 million to £10 million sales sector as buyers seek value compared to the new ultra-prime developments.

Currently, up to 75% of the market is priced up to £5 million, with a fifth of sales last year registered above £5 million. The report anticipates a rise in demand for Mayfair mansions as an attractive alternative to the large lateral apartments in new developments, which will offer privacy and security, character and historic architecture – either as a family home or with the potential to be converted into luxury apartments.

For investors and developers, Mayfair’s second-hand stock can allow them to achieve significant value uplifts in the refurbishment and redevelopment of existing homes. Wetherell reveals the major players in the current market are Finchatton, British Land Plc, Clivedale, Lodha and REDD, the Monaco investor-developer with a £100 million pipeline across Mayfair for luxury build-to-let properties – ideal for young residents wanting to rent and enjoy the Mayfair lifestyle.

In comparison, the last decade has seen a building boom in Mayfair with the new landmark developments offering luxury apartments and state-of-the-art residents’ amenities. These ultra-prime residences can achieve prices between £5,000 and £7,000 per sq ft and have considerable appeal to international buyers.

Wetherell are acting as agents on several ultra-prime developments including Clarges Mayfair, One Molyneux Street and 20 Grosvenor Square, with the end of the 2019 sales period seeing £225 million in deals agreed for Clarges Mayfair.

Additionally, these new modern developments can sell at values over double that of average Mayfair prices, leading to a comparative value uplift for properties in close proximity to the new developments. Demand for these homes is set to rise as new planning policies will restrict future developments, creating an exclusive buying opportunity.

Wetherell highlights that the international buyer demographic has shifted in recent years in both the nationality and age of applicants. Whereas new-build Mayfair property traditionally appealed to buyers from the Middle East, the agent reveals that buyers are increasingly coming from Hong Kong and mainland China.

What’s more, the affluent area is appealing to a younger demographic, with international buyers often being millennials or younger. For example, Wetherell successfully let a one-bedroom apartment at Clarges Mayfair for £30,000 per month to a young millennial with the deal agreed in less than 24 hours.

The current demographic of Mayfair residents, however, is a mixture dominated by millennials and Generation Z. By 2021, almost 50% of all residents in Mayfair will be aged 21-44, and by 2030 almost one third of all residents will be ‘digital natives’ (those born since 1995), according to the report.

For these younger residents, Wetherell says that well-placed local amenities and ‘state-of-the-art’ technology is a priority. This demographic is also expected to see the greatest growth of net wealth throughout the 2020s. 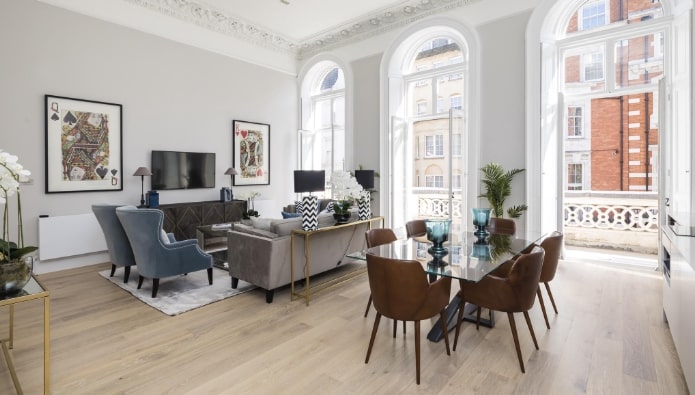 Mayfair has already begun to react to millennials, with global brands such as Céline and Marchesi 1824 (Prada Group) recently opening stores on Mount Street.

The lettings market continues to perform strongly, with half of Mayfair residents currently in rented accommodation. While rental values have remained stagnant for the past few years – with the average one-bedroom apartment currently achieving £739 per week, and two-bedroom apartments achieving £1,373 per week – Wetherell predicts values will strengthen.

Stock from the new ultra-prime developments is coming to the rental market with higher asking prices, as well as the new build-to-let properties also achieving higher values – helping to boost values.

Peter Wetherell, chief executive of Wetherell, says: “Since the 1980s Mayfair has been transformed back into the most sought-after residential address, regaining the warm, village ambience and stature it had in the 1920s. Mayfair residents are increasingly younger and seeking a high-performance lifestyle, with leading developers and global brands reacting to this to further enhance Mayfair’s amenities and lifestyle offerings.”

“Whether you are looking to buy or rent, it is clear that people want to live in Mayfair and its appeal will continue to grow this exciting decade.”

To view the ‘Mayfair in Minutes’ report in full, click here.

How can you Brexit-proof your property investment? ...

With the current chaos swirling around Westminster – from the prorogation...