Spain has long been one of the UK’s favourite holiday destinations and has also long been a favourite location for holiday and second homes – the place where Brits turn to, more than any other, to purchase that dream property abroad. 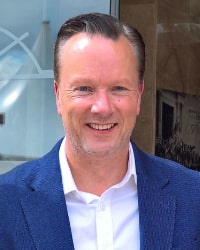 The issue of hidden developers gets less attention, but here Keith Rule of CostaLuz Lawyers – who was himself part of the first off-plan deposit class action back in 2011/12 – outlines what a hidden developer is, how buyers can claim against them for a refund, and what the buying landscape will look like for Brits in Spain post-Brexit.

According to several sentences from a number of Provincial Appeal Courts in Spain, a hidden developer is a company that dealt with off-plan buyers as a property developer while presenting itself as an estate agent. This basically involved the company receiving off-plan advanced deposit amounts and promising a finished property by an agreed date, despite not being in charge of the building process itself.

Some of these 'hidden developer' companies have avoided the legal obligations of Law 57/68, with regards to the issuing of the legally required guarantee and the protection of the off-plan deposit funds, by presenting themselves as estate agents.

However, they were actually receiving large amounts of off-plan deposit funds and making commitments with the buyer relating to the completion of an off-plan property project.

They were receiving big amounts from buyers and promising a project completion deadline to them. They might not be named as developers in the purchase contract but, according to the Provincial Appeal Court Case Law we have mentioned above, the fact they received off-plan deposit amounts in their bank accounts and set deadlines and promises to buyers means they can be considered as developers under the concept of Law 57/68.

Therefore, they can also be bound by the obligations imposed on off-plan developers in Law 57/68 for the protection of off-plan property buyers. More importantly, this also places obligations on the 'hidden developers' bank into which the buyers' off-plan deposits were paid.

How can buyers claim against them for a refund?

Using the Provincial Appeal Court case law mentioned above, buyers can potentially claim if they: (1) know the Spanish bank account where the ‘hidden developers’ received their off-plan deposit amounts and have documentary evidence of their funds being transferred to or received by that bank, or (2) had the off-plan purchase contract cancelled or if the property is still not finished.

Success is definitely possible if buyers are in the situations described above.

Hundreds of individuals in the UK and Ireland could have the potential to make a claim - but if they're unsure, how can they be certain that they have the right to make a claim?

As expressed above, if they can show details of the bank account that they paid their off-plan deposit funds into, along with a purchase contract that was cancelled or unfulfilled, they have the right to make a claim.

Anyone who is unsure can, of course, contact us for a free appraisal. Our plan is to send initial communications to the banks of these ‘hidden developers' before the deadline of December 28 2020, so that those who meet the criteria can use this final chance to recover their lost money.

What are the other issues currently facing UK buyers in Spain, aside from the obvious Covid-based problems?

Negative equity, I would say, is the main problem they are facing. Hundreds of owners are still paying huge mortgages for properties bought in the boom years of 2005-2007. There are, though, a range of solutions if you have negative equity on your Spanish property.

There is also the issue of Spanish mortgages being sold in the boom years as variable rate or tracker mortgages linked to the Euribor rate, but with a Ground Clause (Clausula Suelo) included which meant in reality the mortgage interest rate could not drop below a much higher rate fixed by the bank.

So, these mortgage holders never had the benefit of falling interest rates over the past decade. We have won many cases against Spanish banks for mortgage holders who had this Ground Clause included in their mortgage without the implications being fully explained to them when the mortgage was first taken out.

If the case is won, then normally the Ground Clause is removed, meaning they now have the benefit of lower monthly payments directly linked to the Euribor rate and all the overpaid interest is refunded by the bank.

What will the buying landscape in Spain look like for British buyers from January 1 2021, when the transition period is due to end? Would buyers be advised to act now, before the deadline?

The Brexit deadline won’t affect off-plan property claim actions, but it could benefit those facing the problem of negative equity. This is because the process to repossess a property in Spain and then enforce the court decision in the UK will get more complicated from January 2021.

Postcodes with stations due to benefit from Crossrail (CR) have seen...

This mini development roundup includes the strategic partnership between Places for...

Schofields Insurance has claimed that there are pros and cons for...

A recent survey carried out by strategic property advisers Cluttons and...