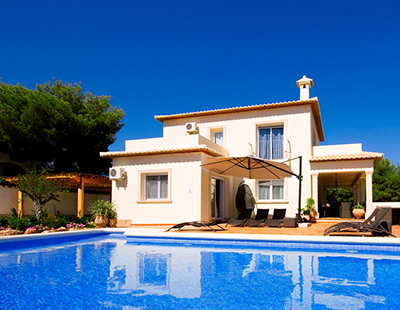 Earlier this year, we explored the often-underreported scandal of timeshare mis-selling and asked how easy it is for people to escape a timeshare arrangement.

Here, Gary Smith – chief executive of Mercantile Claims and Praetorian Legal – explains why making timeshare claims outside of the UK is a costly venture and how unscrupulous cold callers are trying to take advantage of vulnerable people.

“In recent months, even despite the Covid-19 restrictions, there has been a worrying trend in Brits, typically aged between 65 and 85-years-old, being targeted by incessant cold-calling from unscrupulous timeshare cold callers,” Smith says.

These callers, who are often ex-timeshare sales representatives, are attempting to get timeshare owners to part with their money upfront to make a claim against a timeshare resort after being mis-sold a timeshare contract whilst holidaying in Spain, Smith argues.

Many of those claimants, due to their vulnerability, are being coerced into parting with thousands of pounds over the telephone. All on the promise, Smith says, that they will be put in touch with Spanish lawyers who will get them double their original purchase back from Spanish timeshare resorts upon a successful claim.

“This, however, is a huge mistake and should be avoided at all costs,” Smith warns. “Even outside of the timeshare industry, it is foolhardy to provide credit card details to anyone over the telephone. However, it is preferable and advisable for timeshare owners to make claims here in the UK as the outcome is far more certain and regulated unlike taking a claim through the Spanish courts, which is uncertain and precarious.”

Smith says this is because the UK is where the owners are domiciled and the agreements they signed are with UK-based finance companies, regulated under the Consumer Credit Act 1974 and subject to the jurisdiction of the UK courts.

He says that all regulated finance credit agreements have a ‘joint and several’ liability, which means that a consumer can take action against either the retailer, the finance company, or both of them.

In relation to timeshare, there are three main finance companies that specialise in long holiday finance to consumers. They are Barclays Partner Finance, Shawbrook Bank, and Hitachi Finance, all companies regulated by the Financial Conduct Authority (FCA).

“The people entering into timeshare agreements most likely did so while they were on holiday in locations such as Tenerife, Spain, or mainland Europe. What people are unsure and confused about is their legal rights and redress and how and where they can exercise their right to challenge these agreements,” Smith says.

“What compounds this confusion is the fact that the timeshare resort is most often based offshore but the finance agreement is written and executed under the jurisdiction here in the UK.”

With that in mind, Smith says there are a few things that Spanish timeshare owners need to be aware of.

There are two courses of action that can be taken

If an owner brings a successful claim against the regulated finance company, then they can be almost certain of a financial settlement. Smith says this is often the best and most preferable route for a UK-based timeshare owner to pursue when making a claim for the reasons stated above.

“Taking any other option abroad is likely to produce an uncertain outcome with the financial risk attached. However, over the past three years or so, there have been judgements handed down in Europe by the Spanish courts that have favoured the UK and European timeshare owners.”

Smith adds: “What is not clear is how many of those who have received a favourable Spanish judgement have also received the money awarded to them. If this route to success is really so good, where is the evidence of it?”

Smith says if Spanish claims are so successful, then surely there would be evidence reported far and wide across the internet about how timeshare owners are winning compensations. However, Smith claims this is not the case. “A cursory search of the internet reveals no such news,” he adds.

Smith says an action in a Spanish court will be instigated directly against a timeshare resort and while it is an enforceable judgement for value, the recovery of money will depend on several uncontrollable factors.

“Firstly, it will depend on the debtor (the timeshare resort) actually discharging the judgement debt which is highly unlikely without the need for enforcement of the debt. This is a costly and uncertain exercise for someone based here in the UK.”

Secondly, he says, unlike a financial institution in the UK, the timeshare resort may elect to wind-up the business because of a lack of funds to pay all of its debts.

Unlike a regulated financial institution, a timeshare resort does not have a ‘bottomless pit’ of funds which guarantee its future existence.

“A successful claim then becomes a useless piece of paper,” Smith continues. “The likelihood of a UK financial institution going bust is highly unlikely and if it did, the Financial Conduct Authority has a compensation scheme that covers any losses to the consumer.”

Thirdly he says, many timeshare resorts had a sales company that was selling its timeshare and a separate company which held the proprietary rights in the property (the resort).

Most Spanish timeshare companies place their resorts assets (the property) out of harm's way by putting them into trust companies, like First National Trust Company (FNTC), based in the Isle of Man.

“If the judgement is not registered against the company holding the asset, then it is likely to be useless as the sales company is unlikely to have any money or assets in it to pay the increasing judgment debts owing to the thousands of timeshare owners claiming against them,” Smith says.

The cold-caller tactics you need to be aware of

Timeshare claimants are typically aged between 65 and 85-plus and are susceptible and vulnerable to these cold-calling scams, according to Smith. The fact that they relate to what the cold-caller is saying to them because of their past timeshare experiences means they engage unwittingly, he adds.

“What people must appreciate is that the reason they are being cold-called is that their personal data is being accessed over and over again by unscrupulous operators within the timeshare industry who will undoubtedly have obtained their personal details unlawfully,” he claims.

“Their data has, quite possibly, been stolen and fallen into the hands of people who - in most cases - were the same ones that sold them a timeshare in the distant past. This means they will have a lot of information about the owner prior to making contact with them, hence the reason why timeshare owners will readily engage when cold-called.”

Once they are in the flow of the conversation, Smith says, they will be being primed for an opportunity for the caller to take money from them upfront.

“Once they are in that position, they are at the behest of the cold caller and they put confidence in what they are being told. It is only later and upon reflection of what they have done do they realise what has actually happened.”

The costly facts of making a timeshare claim in Spain

Smith says it is more likely than not that a timeshare owner will be asked to part with some form of payment upfront. But this is not always the case, as there are now legal expense funders that are willing to fund Spanish timeshare claims.

“Usually, any upfront payment will be pocketed by the introducer before the claim is passed onto a Spanish law firm. That is if the company you are paying is legitimate and, in many instances, owners pay the money upfront but never hear from the company again,” Smith argues.

Throughout lockdown, he says, this kind of practice has reached ‘fever pitch’ with owners being constantly cold-called many times per day in some instances.

Do not fall into the trap

Smith says that navigating the choppy and murky waters of exiting an unlawful timeshare agreement is tricky, but can also prove costly if people fall into the traps that are being placed by ex-timeshare representatives.

“Taking out a claim here in the UK is the best and safest solution. If the promises you receive from a cold-caller are too good to be true, the likelihood is that’s the case,” he advises.

“By seeking advice from an FCA-authorised firm, you’re not only cutting out the uncertainty, but you’re giving yourself the best chance of getting out of an agreement that was potentially mis-sold.”

Insight – how to solve a problem like a timeshare ...

For a time, not so long ago, timeshares were the in-thing...