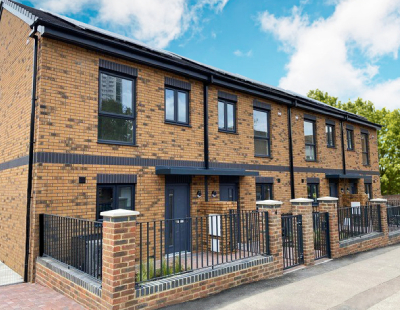 The new project – called Abode Coed Darcy – is part of a wider scheme that is transforming the former BP Llandarcy Oil Refinery site into a 4,000-home development with on-site primary and secondary schools, a district centre, community facilities and green open spaces all being built.

Coastal Housing Group, one of Wales’ biggest housing associations, will manage the eco-friendly homes, all of which will be manufactured by ilke Homes at its factory in Knaresborough, North Yorkshire.

“Whilst a brownfield site, the location is very popular for the commuter buyer,” says Andrea Gardner, sales and marketing director at Abode Waterstone. “The creation of this village was a good opportunity to join in partnership and led us to launch our new concept to the middle market ‘Abode Waterstone’.” 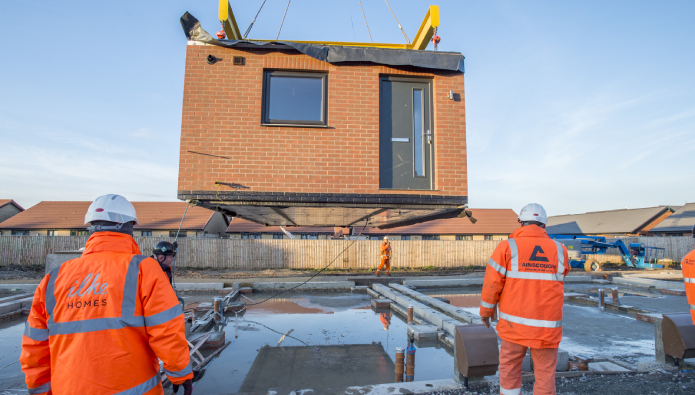 The site will host high-quality, factory-built homes that will help lower the UK’s carbon footprint. All six homes will have an Energy Performance Certificate (EPC) rating of at least an ‘A’, making them more energy efficient than 99% of all new builds in the UK.

During the manufacturing stage, the company is able to reduce waste by up to 80% due to digital technology generating precise estimates of materials needed. Of the waste produced, more than 90% is recycled.

Large parts of the former refinery are being recycled across the 4,000-home site to cut down on waste and save on emissions:

The scheme is utilising the Welsh government’s 2017 Innovative Housing Programme (IHP), which is available to organisations – such as housing associations, local councils and developers – that use innovative techniques to support the delivery of new homes.

In February 2020, the Welsh government announced a £45 million investment into modular housing in an attempt to increase the delivery of social and affordable homes. The new funding will also help modular housebuilders, especially small and medium-sized enterprises, develop supply chains, factories and skills development centres.

The UK government also has high ambitions for modular housing, with ministers giving the UK construction industry the target of becoming the world leader in modular construction within the next decade to help meet housebuilding targets. 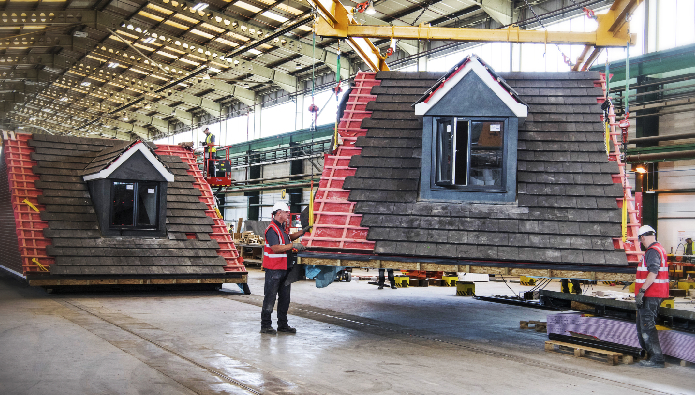 “If the government is to meet net-zero targets by 2050, diversifying the supply of new housing will be crucial. Modular housing provides a greener method of delivery for investors, developers, housing associations and local authorities looking to rapidly scale up the delivery of affordable housing.”