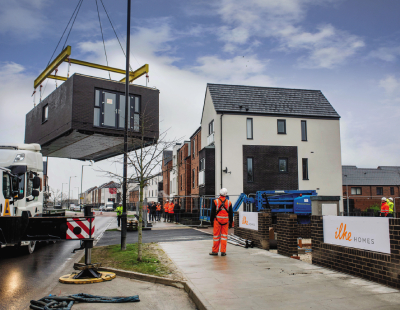 New homes built by North Yorkshire-based modular housing company ilke Homes have been installed at a site in Darlington.

Karbon Homes has bought the 17 new modular homes from developer Keepmoat Homes, investing £2.7 million, and they are available for affordable rent and rent-to-buy.

Homes England, the government's housing agency, contributed grant funding towards the cost of the properties.

The homes were constructed from three main 'modules' which were built in Ilke Homes' factory in Knaresborough and then brought to Darlington on low loader trucks and craned into position. Including factory time, the new homes took 34 weeks to complete. 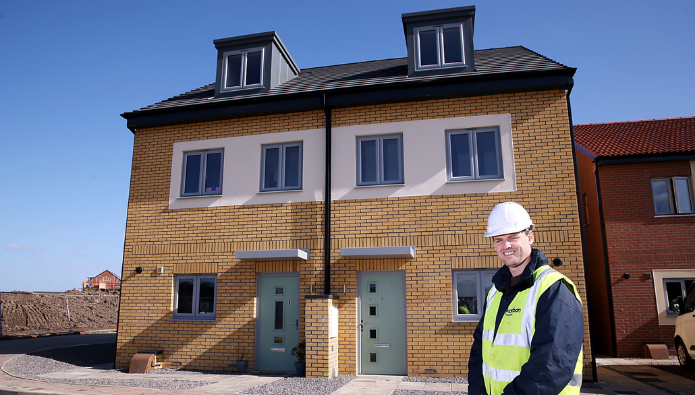 They are located on the Central Park development being brought forward by Keepmoat Homes close to Darlington town centre.

There are 13 three-bed and 4 two-bedroom houses on Karbon’s development of Ilke homes. The ‘Thetford’ house type is a three-bedroom house over three storeys. The ground floor has a large open plan living space, leading out through French doors to the back garden.

On the first floor there are two good size bedrooms and a family bathroom, and on the second floor is the master bedroom with an en-suite and a dormer window looking out over the local area. 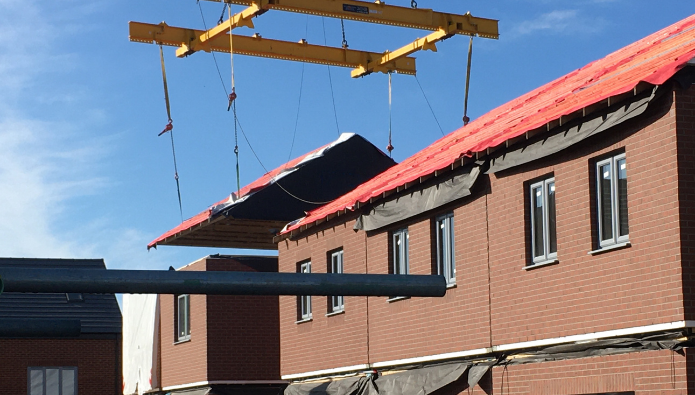 Shaun Nixon, development contracts officer at Karbon, comments: “We knew about the Ilke homes before we got on site and were impressed with the quality of the work done in the factory.”

“It’s been great to see the new homes assembled, and for them to be completed in such a short space of time. We hope all the new residents will be very happy there.”

The housing development is part of the charity’s Independent Living Programme, which seeks to provide 300 young people with a home and entry-level or apprenticeship roles leading to full-time employment. 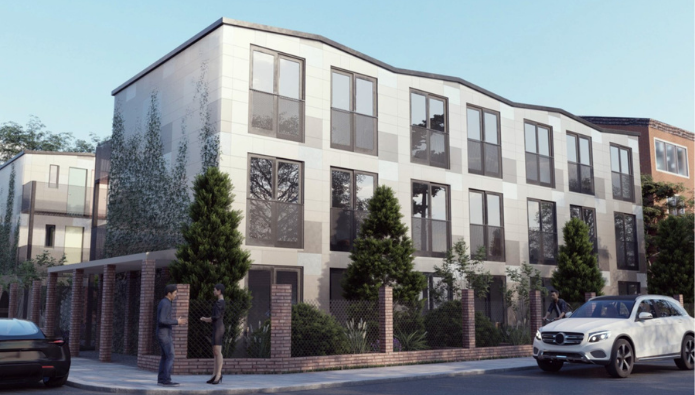 The Independent Living Programme aims to tackle the affordable accommodation shortage, free up hostel beds, and give young people a real future of independence.

As part of the programme, Centrepoint says it will only charge a young person approximately one-third of their salary as rent. This would typically mean a 20-year-old in Manchester earning minimum wage (currently £6.56 per hour or £1,050 per month) would pay around £350 per month to live in a self-contained apartment.

However, Centrepoint’s intention is to work with ethical employers to ensure young people are earning above minimum wage which would typically mean someone in London earning £18,000 per year would pay around £500 per month to live independently.

Seyi Obakin, chief executive of Centrepoint, comments: “Our mission at Centrepoint has always been to support homeless young people in getting a job and a home. The Independent Living Programme builds on that idea by making housing costs affordable and giving young people the foundation they need to start a career.” 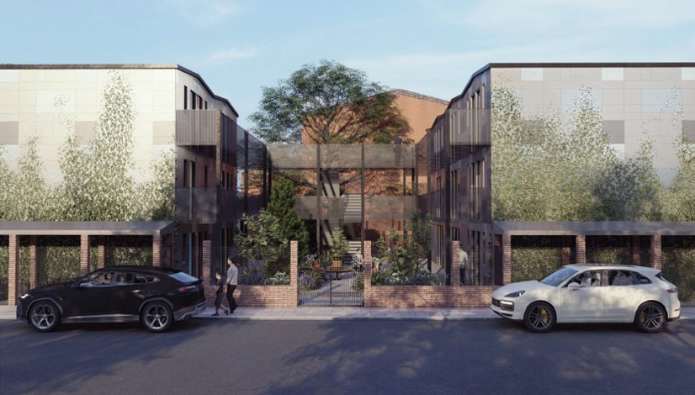 “We are so pleased to have secured planning permission in Southwark and hope other councils see the importance of what we’re doing to give homeless young people a real future and want to get involved too.”

Sally Orlopp, director of the Independent Living Programme, adds: “I’ve been working with disadvantaged people for over 25 years, and this is the most exciting and innovating programme that has seen tangible results in transforming young people’s lives.”

“With an investment of almost £2 million from Centrepoint, we’re already maximising new opportunities by turning eight units to 33 homes, with an ambition to create 300 within the coming year.”

Centrepoint is currently in talks with councils in Barnet, Hounslow, Waltham Forest, and Manchester to further expand the Independent Living Programme.

Launched under the UN Secretary General’s Zero Carbon for All initiative, the certification recognises homes that achieve a 100% reduction in operational emissions using low-carbon technologies such as air source heat pumps and sourcing power from renewable energy.

The EDGE Zero Carbon certification has only been awarded to three other developments in the world, all of which were office buildings overseas.

The EDGE certification process is taking place at Etopia Homes’ development in Wilburton, Cambridgeshire. The scheme, Juniper Place, is delivering 30 zero-carbon homes on the Cambridge site – 21 of which will be for private sale and nine for affordable.

All the homes are expected to achieve an energy performance certificate rating (EPC) of over 100, ranking them well-above the highest category of ‘A’. 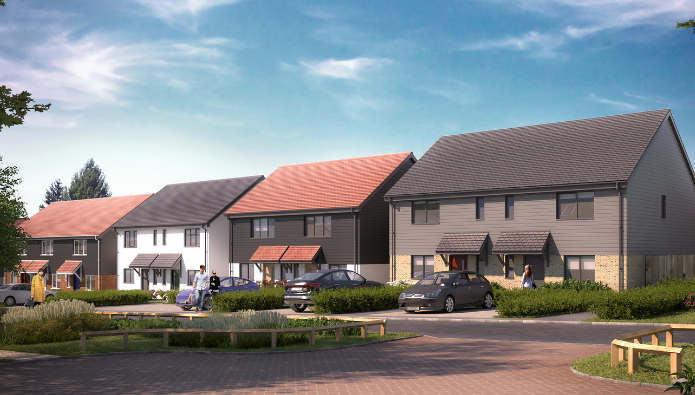 The announcement comes after the introduction of new building regulations that require new homes constructed from this year onwards to produce 31% lower carbon emissions compared to previous standards. This is in preparation for the Future Homes Standard, which will require homes to have ‘low-carbon heating’ and to be ‘zero-carbon ready’ by 2025.

Etopia Homes says its commitment to achieving the EDGE Zero Carbon certification is the first step in a three-part process. The commitment will require the developer to:

As part of the project, Etopia Homes will install sensors on each floor of the 30 homes. The technology will collect data on the energy usage of each home and help residents automatically optimise performance. For example, if a home is using more heat than required, the technology will automatically adjust heating levels to ensure that energy isn’t being wasted.

Joseph Daniels, chief executive officer and founder of Etopia Group, explains: “The UK is in the midst of a dual crisis: climate change and a shortage of homes.”

“If government and industry are to tackle these head-on, then there’s an urgent need for the built environment to be dragged into the 21st century by bringing forward innovative technologies in both the methods of construction and the homes themselves.

He adds: “Our commitment to achieving the EDGE Zero Carbon certification at Juniper Place is just the beginning of our journey to revolutionising the delivery of green homes across the UK.”

“Our data-led, technology-driven approach will ensure that we’re able to meet the certification’s stringent criteria, optimise our methods of delivering zero-carbon homes, and actively offer a ready-to-go solution to the UK’s climate change and housing crises.”

Off-site construction specialist Premier Modular has been awarded a place on the...

Cornwall Council has entered into a landmark deal to buy SoloHaus...