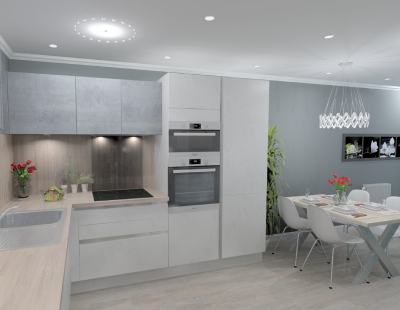 Kelvin Properties has unveiled its second scheme in the city, with renters now able to register with Tay Lettings for one of 20 unique Mitchell Apartments. The firm previously developed Candleriggs Court in Merchant City.

Tenants are set to be able to move into Mitchell Apartments, a seven-storey, 20-flat development in Finnieston, from the week commencing January 4 2021.

The apartments replace a ‘disused church turned restaurant’ at 15 Kent Road, across the road from the Mitchell Library. From next month, the show apartment will be available to view, however tenants are now able to apply for any of the 11 one-bedroom flats, or nine two-bedroom flats. 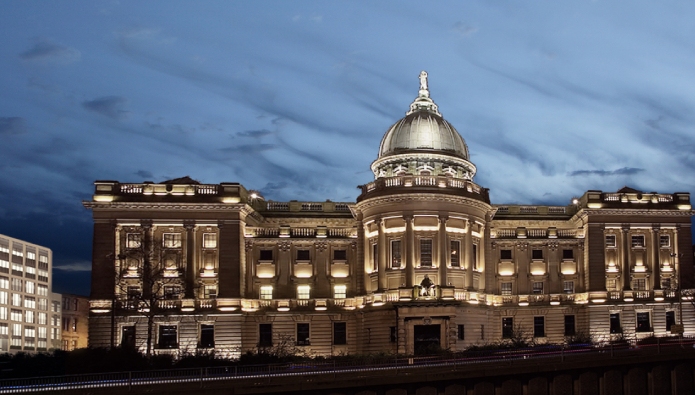 Following unprecedented demand for Candleriggs Court, which saw the entire development let within just six weeks, Stephen McKechnie, managing director at Kelvin Properties, became even more convinced that the BTR concept could be the way forward for Glasgow’s property market. Having been long-established in the States, where it’s known as multifamily, BTR has boomed across England and Europe in recent years as the demand for high-quality rental accommodation has grown.

Glasgow’s City Centre Living Strategy (CCLS) outlines the city council’s aim to double the size of its city-centre population over the next 15 years to 40,000, which means many more rental homes are likely to be required.

Kelvin Properties is a development and property investment business, with ‘a proven track record’ in delivering ‘award-winning premium developments across Glasgow’, including the Atrium in Broomhill and Sandringham Court in Newton Mearns.

McKechnie, who founded Kelvin Properties in 1999 and is now the managing director, said: “This is another hugely exciting development for us. I identified the site a couple of years ago and was absolutely convinced it would make for a great BTR project because of the close proximity to the city centre, the Finnieston Strip and the University of Glasgow.”

He added: “Currently, far fewer people live in our city centre than cities such as Birmingham, Manchester and Liverpool but with demand for housing and the changing nature of offices and work, that has to change.”

“We’re continuing to look for more BTR development opportunities in the city centre and the surrounding areas.”

Tay Letting, property investment, letting and management specialists with offices in Glasgow, Edinburgh and Dundee, successfully let Candleriggs Court’s 36 apartments in only six weeks. The firm’s director Marc Taylor anticipates there will be a similar appetite for Mitchell Apartments. 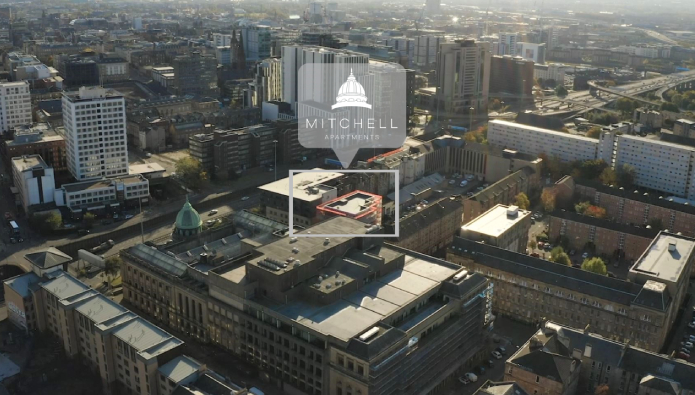 “There is a huge demand for city living, particularly among millennials. This is ideally located between Finnieston and the city centre, with fantastic access to transport links,” he said.

“Just like Candleriggs Court, this is designed with modern consumers in mind, with bike spaces to top of the range amenities. Nine of the properties come with balconies, offering southerly views to the rear or views of the Mitchell Library. Tenants will be able to rent off plan from early November.”

(You can see a short video introducing the scheme at the bottom of this article.)

Exeter, right at the opposite end of the UK, is also set to get its second BTR development after Eutopia Homes, a developer specialising in mid-market homes for rent and for sale, submitted a planning application for a second scheme in Exeter.

If successful, it will deliver 51 apartments designed and built exclusively for rent on a vacant site adjacent to the Morrisons supermarket on Prince Charles Road.

The development is intended to act as a ‘gateway’ to Eutopia Homes’ first Exeter project, Exmouth Junction, which was approved by Exeter City Council in March this year. 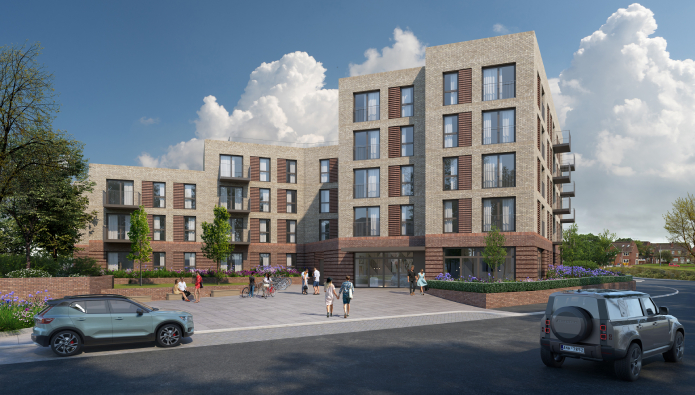 Exmouth Junction will see the creation of a £130 million ‘urban village’ on 15 acres of long dormant brownfield land, with a mix of affordable, private rented and for-sale housing to be provided alongside extra-care units, comprising 465 new homes in total.

Future residents of Exmouth Junction are also set to benefit from new outdoor spaces, such as public gardens, squares, footpaths, a woodland walk and fitness trail. Overall, green spaces will make up 65% of the 15-acre site, which sits just over a ten-minute walk from Exeter city centre and half a mile from Exeter University.

Designed to set new benchmarks for sustainable development by prioritising cycle and pedestrian mobility above car use, only 0.4 car parking spaces will be provided per unit at Exmouth Junction, with an on-site car club that will be operated through an app-based system.

In addition, there will be a new cycle path and more than 1,000 bike spaces provided on-site, as well as electric car and bike hire schemes to encourage more sustainable methods of travel.

Launched in 2017 by Scott Hammond, Eutopia Homes has since secured a £365 million development pipeline with the backing of specialist asset manager Chenavari Investment Managers.

As well as the two developments in Exeter, Eutopia Homes also has a £105 million scheme in Salford, Greater Manchester - that will deliver 500 homes close to MediaCityUK – in its pipeline.

Darling Associates, which opened an office in Manchester last year, is the architect on all three of the projects.

Scott Hammond, founder and chief executive at Eutopia Homes, commented: “If approved, our plans will see a vacant site transformed into much-needed, high-quality rental housing that will act as a gateway to the urban village we are creating at our Exmouth Junction site.” 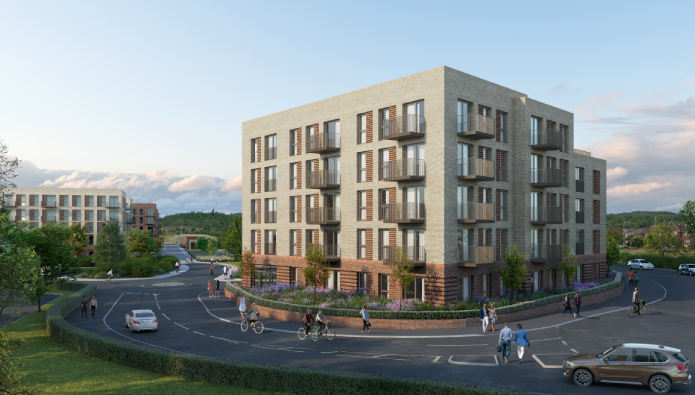 He added: “While Covid-19 has inevitably caused some disruption, the housing market has demonstrated remarkable resilience during this pandemic and we remain confident in the long-term outlook for UK residential.”

“Delivering more homes of all types and tenures will be crucial to ensuring cities like Exeter remain competitive and that talent isn’t priced out,” he concluded.