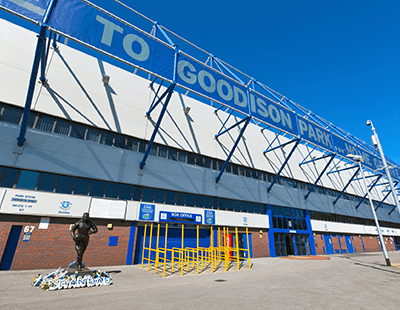 Goodison Park, the home of Everton FC since 1892, is set to be converted into ‘high-quality, affordable housing’ and other uses if the club’s planning application for a new stadium is accepted.

Everton recently issued images of the design for a 52,000-seater stadium after submitting a planning application to Liverpool City Council. This followed three years of consultation, with over 43,000 people responding to the second stage public consultation into proposals for a new stadium at Bramley-Moore Dock and a community-led legacy project at Goodison Park.

Everton hope to host games at the Bramley-Moore Dock site, which will have an estimated construction cost of £500 million, by 2023.

If a separate planning application, which is set to be submitted soon, is approved, Goodison Park will be transformed into new housing, a multi-purpose health centre, community-led retail and leisure spaces, and a youth enterprise zone as part of a major regeneration and legacy scheme.

Liverpool City Council is set to review both applications before launching a public consultation of its own.

Everton’s previous plans to leave the ground they have called home since the early 1890s have not proved successful, with proposals to build a new 55,000-capacity stadium at King’s Dock abandoned by the club in 2003 as a result of insufficient funds being generated. More recently, in 2009, plans to relocate to a new ground in the Merseyside town of Kirkby, over five miles from the club’s current base, were axed after a furious backlash from some fans unhappy at the move and the government rejecting the planning application for the 50,000-seat stadium.

And then, in May 2016, the club – who have been an ever-present in the Premier League since its formation in 1992 – saw its plans for a new stadium in Walton Hall Park officially scrapped, with Liverpool City Council saying that two other sites within the city boundaries were now under consideration following a lengthy investigation.

But there is now much more hope that the ambitious proposals will be accepted by the council. 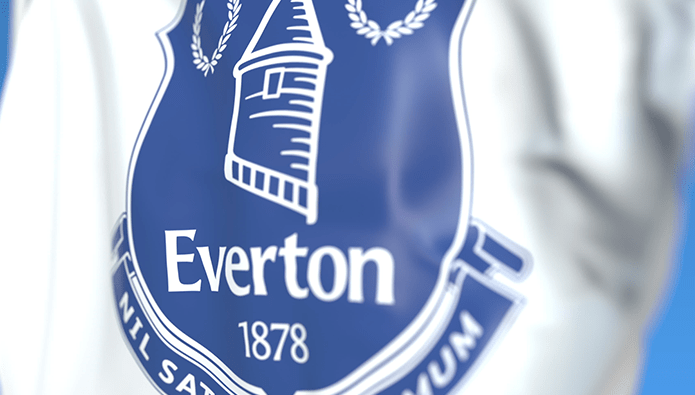 Joe Anderson, mayor of Liverpool, has said Liverpool City Council is ‘fully committed to working with the club to deliver what will be an iconic new football stadium at Bramley-Moore Dock. Everton’s new home will play a key role in the regeneration of an area of the city which holds incredible potential.”

Taking inspiration from the club’s reputation as The People’s Club, the scheme is being called The People’s Project and, in the coming years, would facilitate major change taking place at Goodison Park and Bramley-Moore Dock.

Those behind the plans say the changes will reverberate throughout Liverpool, reaching beyond football and into many of the city’s communities. “The People’s Project will bring new opportunities, raise aspirations and create new legacies. It will deliver a £1 billion boost to the local economy, create new jobs and deliver meaningful and lasting change to both local communities and the international profile of the city,” the website says.

In November this year, Everton revealed huge public support for the new stadium and legacy plans. The results from the second stage consultation revealed that 96% of more than 43,000 responses supported the club’s plans for a new stadium and community-led legacy project, while 98% of respondents backed the proposed Bramley-Moore Dock waterfront stadium design. Meanwhile, the outline design for redevelopment of Goodison Park was supported by 92% of respondents.

The plans have also received backing from the company behind the major Liverpool Waters regeneration project, which is transforming 60 hectares of historic dockland to create a £5.5 billion ‘world-class, high-quality, mixed-use development’.

Darran Lawless, development director of Peel L&P, said: “The stadium would be a massive boost for the city region as a whole. As a £500 million investment in the northern docks, it will accelerate the delivery of infrastructure and turbo charge the Liverpool Waters masterplan.”

Lawless added that by bringing together two international brands – Everton and the city’s world-famous waterfront – the stadium represented a ‘massive injection of confidence’ for the region.

“The vast amount of feedback and overwhelming support we received through our consultation has shown that the people of Liverpool understand that [it] isn't just about a new football ground – it’s about regeneration, jobs and social value,” Professor Denise Barrett-Baxendale, Everton’s chief executive, said, adding that the project would be a game-changer.

She continued: “Our new home on the waterfront will not only be a fantastic new stadium for Everton but it will also kick-start a £1 billion regeneration of North Liverpool.”

The proposed new ground is set to be built within Liverpool's World Heritage Site on the city’s waterfront, with plans to improve the area’s dilapidated docklands, which sit in one of the poorest areas of the UK.

According to an Everton spokesman, various historic features at the dock, including the Grade II-listed Hydraulic Tower and old railway tracks, would be restored.

“The design of both North and South stand lower tiers will make it easy to adopt rail seating and, should legislation change in the future, they could also be converted into areas for safe standing,” the spokesman said.

There is also set to be public spaces for use on non-matchdays and during the matches themselves.

The review process, which is expected to examine both proposals at the same time, is anticipated to take some time due to the complexity of both projects. Once this process has been completed, the council will undertake a formal consultation of their own.

This could make the time frame of 2023 an ambitious one, although Everton – who recently appointed Premier League winner Carlo Ancelotti as their new boss – will be hoping to follow the lead of Arsenal and Tottenham, who both built new world-class stadiums in a relatively short time-span.

You can see a flythrough of the planned new stadium here.

The seemingly endless growth of Build to Rent continues unabated, with...