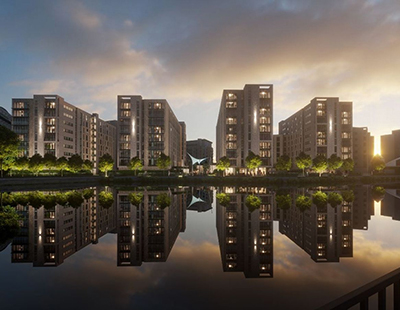 Two of the largest Build to Rent developments in the Manchester city region are generating significant rental returns, according to Manchester-based residential lettings agency Ascend.

Just a year ago, Grainger PLC – one of the biggest players in the fast-emerging Build to Rent sector – appointed Ascend as its sole lettings partner for Clippers Quay at Salford Quays. Since that point, the firm says that both phases one and two have been fully let, with the latter achieving an increase of 25% on rental return for the development.

The largest scheme outside of London, with some 614 homes on offer, the Clippers Quay development includes a 24-hour gym, cinema room, co-working office space and a private dining area.

“Ascend has used its extensive knowledge of the industry to successfully increase lettings for a number of Grainger developments in recent months,” Sam Brown, lettings manager (north) for PRS and Build to Rent at Grainger, said.

“We are delighted with Ascend’s quality of work, vast market knowledge and the support of its dedicated BTR team.”

Meanwhile, earlier this year Atlas Residential – a national developer and Build to Rent manager – appointed Ascend as lettings agent for the Europa Capital-funded, 44 storey Anaconda Cut scheme. The tallest building in Salford, Anaconda Cut is made up of one, two and three-bed apartments with amenities including a gym with staffed personal trainers, yoga studios and a sky lounge.

The building has proved to be a popular choice among Ascend’s client base, with 70% of the building now leased, according to the agent. It’s likely that many of the occupants are young professionals, drawn to Salford in increasing numbers since MediaCityUK first opened in 2011.

“We’ve had an incredible twelve months dealing with leasing homes across some of the most outstanding new residential developments we’ve ever seen in Manchester and Salford,” Ged McPartlin, managing director of Ascend, said.

“The popularity of Clippers Quay and Anaconda Cut show the demand for high quality homes is very strong and attracting residents who are new to the city centre and living here for the first time.”

With the success of the Manchester schemes in mind, Ascend says it has increased its dedicated BTR team in Manchester to 30 people, which includes marketeers as well as negotiators.

Build to Rent has boomed in recent years as the number of people renting has risen and the desire for higher quality rental homes has increased alongside this. People are now coming to expect certain add-ons and luxuries from their rental homes – including concierge services, gyms, breakout and co-working spaces, and private dining areas – while the no-deposit and utilities included approach of many Build to Rent operators is making it attractive to those seeking a hassle-free renting experience.

Some, however, have criticised Build to Rent schemes for being unaffordable and only aimed at the demographic of wealthy young professionals.

It’s a niche – albeit growing – part of the rental market, with the most recent Build to Rent map of the UK (produced by Savills for the British Property Federation) showing that there are currently 142,999 units either completed or planned across the UK, with 32,223 completed, 36,410 under construction, and a further 74,366 with planning permission.

Outside of London, where Build to Rent is at its most prominent, the North West is the next most dominant location for this rising trend – with Salford and Manchester particular hotbeds. It’s been previously stated that some 7% of Salford’s housing stock is now made up by Build to Rent developments.

Earlier this year, Property Investor Today explored whether Build to Rent is the answer to the country’s housing crisis with a visit to a Tipi development in Wembley Park.

Put a Pin in it – stylish BTR scheme launches near Leeds City Centre ...

Grainger plc has announced the launch of Pin Yard as part...

Winvic Construction Ltd, a contractor that specialises in the design and...