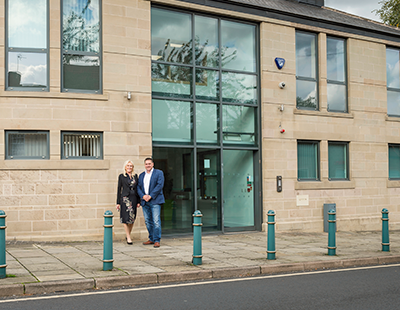 Two experienced property investors have been handed £2 million by specialist lender Cambridge & Counties Bank to help fund the purchase and redevelopment of a number of properties across North Nottinghamshire into residential and commercial use.

Glyn Beech and Julie Taplin, developers, investors and long-term clients of the bank, have recently refinanced two completed renovation projects - Agility House in Mansfield Woodhouse and the Grover Street & 8 Beardall Row buildings in Retford. In the latter case, the Grade II-listed building underwent a major conversion and refurbishment programme to create a number of self-contained flats and retail units.

Beech and Taplin employ their own in-house tradesmen, architect and accountant and also operate a successful lettings agency which manages both their own properties and those of other landlords.

“We see strong opportunities for the real estate sector in the Nottinghamshire region and are delighted to be able to make these new investments,” Taplin said. “We look to partner with best-in-class stakeholders and the support from the team at Cambridge & Counties Bank has once again been exceptional.”

Wendy Burton-Webster, senior relationship manager at Cambridge & Counties Bank, added: “Glyn and Julie have an exemplary track record with us, and we are delighted to be supporting them as they expand their portfolio. They have over the years focused on the traditional residential and multiple occupation market in the North Notts area, the majority of which have been purchased and fully refurbished or converted to a very high standard. We look forward to continuing this relationship further.”

Earlier this year, research revealed how Nottingham – home to a large student population and one of the biggest employment hubs in the East Midlands – is the second best town or city in the UK for property investment.

New research has revealed that approximately two thirds (64%) of UK...