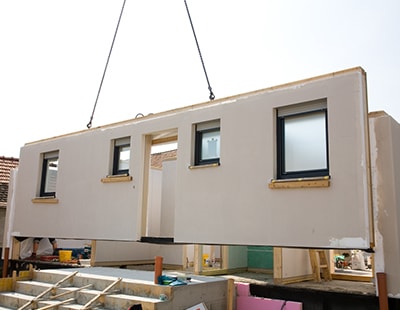 With stories of housing crises crossing borders and seas, politicians, policymakers, architects, developers and housebuilders from across the world have been trying to come up with solutions as to how new homes can be built quickly enough to meet rising demand. And, in addition to that, how they can be built in a way that is sustainable and eco-friendly.

This is a dilemma being wrestled with across the globe, but there are those who believe – both here and in the US – that modular homes (also known as turnkey or prefabricated homes) are the answer.

In this article, Property Investor Today speaks to two modular housebuilders – from both sides of the Atlantic – to get their thoughts on why this type of housebuilding is the future.

Inspiration from across the pond?

Founded in 2018, but many years in the making, S2A Modular is aiming to change the way the world understands residential buildings – ‘creating a new standard in stylish design, construction speed, tailor-made features with high-end materials, surplus energy income and smart-connected living’.

Rowland tells us from S2A Modular’s base in southern California that the company is aiming to build the most energy-efficient and sustainable homes in the US.

“We do everything – from design to end,” he says. “From start to finish, we design the homes – modern and contemporary, off-grid, fully sustainable.”

“While we’re focused on the US at present, and mostly in California, we are looking to operate all across the world.”

To achieve this, it has built a ‘one-of-a-kind’, 100,000-plus sq ft MegaFactory to enable all the same work that traditionally would have been completed outside, to be completed in ‘dedicated work pods in an air-conditioned and better-controlled environment to elevate build quality’.

The mega factory is powered by solar and Tesla’s PowerPack and aims to produce ‘impeccable structures’ that usher in a new era in better building and living, with no more energy bills, faster construction and immediately higher home values compared with traditional ‘site-built’ structures.

Rowland, who is a second-generation developer and has been in the business for more than 30 years, has recently placed his focus on engineering the most advanced self-sufficient homes in the world. He was responsible for engineering and building the second off-grid Tesla Powerwall-powered smart home in the US and wants to change the way homes are built, while also achieving a net zero energy rating.

With the UN’s Intergovernmental Panel on Climate Change (IPCC) concluding in October 2018 that the world must achieve net-zero carbon emissions economy-wide by 2050 to have at least a 50% chance of limiting warming to 1.5˚C above pre-industrial levels, the need for highly efficient, self-sustaining homes is more pressing than ever.

You can find out more about S2A Modular’s #GreenLuxHome project, which builds homes off-site in controlled environments, here. The slogan ‘Greenlux saves bucks’ is very effective, and the credentials behind S2A Modular are second to none, but whether luxury, custom-built homes can become mainstream – and affordable – will only become clearer over time.

A modular and sustainable revolution in the UK?

In the UK, meanwhile, Project Etopia is one of the leading exponents of modular housebuilding as a means of solving the housing crisis.

The company, founded by 27-year old Joseph Daniels in 2015, recently received major financial backing from the Rueben Brothers, to the tune of £19 million – the modular housebuilder’s biggest investment yet.

Daniels believes modular homes will be the most common mode of construction before long.

“At present, the industry, which largely relies upon traditional building methods, is not supplying homes quickly enough to keep up with demand and a substantial number of the homes that are built are left with a litany of snagging issues,” he says.

“New technologies and innovations have created a springboard from which homes fit for the future can be built. Expectations for what a house can be and what they can deliver will gradually change with the take-up of smart technologies and energy systems which not only save homeowners money but also contribute towards cutting carbon emissions.”

He thinks modular construction will start to be the most common method, in part because it’s capable of speeding up housebuilding, but also because it will become the desirable method once its benefits are proven on a greater scale.

With the current climate crisis in mind, and an increasing focus on sustainability and environmental issues, Daniels believes corners can’t be cut when it comes to the eco-friendliness of homes.

“Global protests are showing that there are demands for greater action to be taken on climate change, and it’s up to all of us to listen to this message and do our bit.”

According to the UK Green Building Council, approximately 10% of the UK’s carbon dioxide emissions are directly linked to construction, through transportation, manufacturing, disposal and the construction process itself, with cement alone estimated to account for 8% of the world’s CO2 emissions.

“Our system generates 36% less carbon against brick and mortar and 50% against concrete and we install a mixture of energy storage and heat recovery systems and solar panels in our buildings so they generate and store their own heat and electricity, and lead to close to zero energy bills for occupiers,” Daniels continues.

He also believes property investors can benefit from a rise in modular developments.

“In areas where there is strong demand for rental, landlords and investment funds can participate in the modular housing revolution to provide more stock in the Build to Rent sector and take advantage of construction efficiencies to make investments go further.”

Project Etopia has ambitions to build 21,500 eco-modular homes by 2025 and aims to achieve this by upscaling its Ellesmere Port factory. At present, it’s capable of creating 2,000 houses a year but two new machines will increase this capacity to 6,000 per year.

The company is also focusing on training people in modular methods, particularly younger people considering getting into the building sector.

Daniels also insists that modular homes of the modern era are nothing like the post-war prefabs which helped to solve the housing crisis of the late 1940s and early 50s. “What held them back - poor air tightness, poor insulation, lack of green technology, build quality, scalability, narrow design scope - are weaknesses that no longer hinder modern build systems.”

The builder’s first major development – in Corby, Northamptonshire – is made up of 47 homes, all eco-friendly with an energy storage system so residents enjoy little or no energy bills.

“Etopia Corby has been chosen as one of five Building for 2050 research projects funded by the Department for Business, Energy & Industrial Strategy,” Daniels says.

“The scheme doesn’t provide any funding but it helps by directing the world’s attention to how some of the most cutting-edge systems are already creating the homes of the future right now, and highlighting how well they perform from a design, environmental and energy efficiency standpoint.”

The process is simple enough – building components are produced in a factory, before being transported to the site for assembly; the pieces arrive fully finished, reducing the amount of technical work required onsite, and allowing for homes to be built swiftly and efficiently – but is it really having an impact?

The government appears to be on board, setting a target of building 100,000 modular homes per year by 2020, a significant rise from the 15,000 currently built on an annual basis.

The potential speed of construction is appealing, especially given the government’s ambitious plans to build 300,000 new homes a year by the mid-2020s.

“Firstly, all of the components are created in a controlled factory environment, which is designed specifically to maximise efficiency. This is in contrast to the often unpredictable and hectic nature of building sites, which can reduce productivity. Furthermore, factory operations can continue 24/7 with less risk of people complaining about the noise and disruption.”

Price continues: “Add in the fact that offsite construction is generally unaffected by the weather and other environmental delays and it’s clear how modular methods can knock significant time off completion dates.” 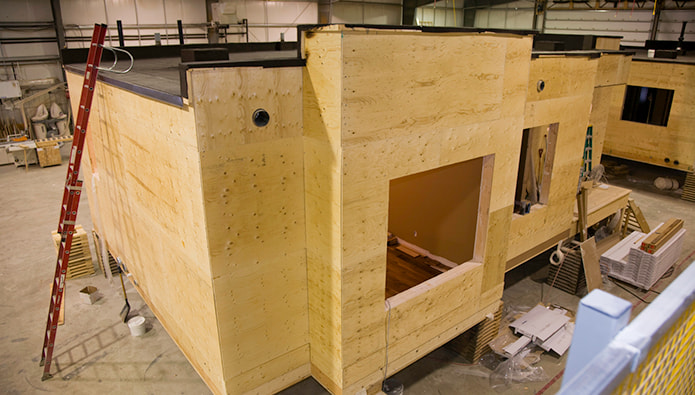 “With properties being produced at a faster rate, both builders and the clients who commission the projects stand to make considerable financial savings,” Price says. “A shorter build time means reduced labour costs. An industry report has also estimated that the actual practice of offsite production can reduce costs by 25% compared to traditional techniques, adding to the potential savings.”

As for the green credentials of modular construction, global architects Chapman Taylor last year reported that builders can reduce waste by up to 50% by using off-site methods, with companies reducing the amount being sent to landfills and saving overspending costs at the same time.

Despite the government’s bold targets for modular housebuilding, though, the bricks and mortar approach is still dominant and this will have to change if off-site homes are to play a key role in solving the housing crisis.

Two of the biggest emerging trends pre-pandemic, from a housebuilding and...

A smart home developer has opened a new factory capable of...