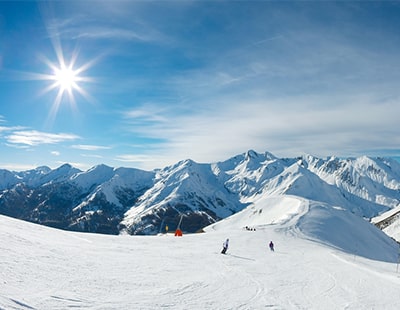 A new development has been launched in Sainte-Foy, the ‘ski paradise’ which MGM French Properties helped to build.

Situated on the ascent of the Iseran Pass, the world’s highest paved road which leads to popular ski retreats of Tignes and Val-d’lsere, is Sainte-Foy Tarentaise. This location offers tranquil slopes and unrivalled off-piste routes in a natural setting – enjoyed by skiers and snowboarders alike.

Sainte-Foy is the youngest of the Haute-Tarentaise resorts, where development began just over two decades ago. MGM has supported the growth of this boutique destination, including part of the village centre.

Les Fermes d’Eugenie offers 48 ski-in apartments which are centrally located for immediate access to the shops and slopes. The properties are available for outright purchase starting from €260,000 for a two-bedroom, €395,000 for a three-bedroom and €510,000 for a four-bedroom.

Apartments in this ‘ski paradise’ range from two to four bedrooms and feature an open-plan living area with plenty of room for a lounge and dining table. Natural light floods the communal area through large French doors which lead onto a private balcony, where residents can enjoy the views of the village or Valley of Mont Pourri.

Each apartment also comes with a private parking space and a ski locker, which is located on the ground floor of the development.

Beginners benefit from wide runs which are open and quiet, while more experienced skiers and boarders can enjoy the long, steep runs and treeline skiing. Seasoned skiers can also take a guided tour to explore one of the renowned off-piste routes to the deserted farming hamlet of Le Monal, or the infamous 1700 metres vertical descent of the north face of Fogliettaz.

The old village of Sainte-Foy is located below the ski resort and is built from stone and wood in the Savoie style. It centres on a cluster of bars and restaurants, with accommodation including hotels and chalets.

Development of the resort began in the early ‘90s, including a range of luxury apartments, tourist residences and chalets. Sainte-Foy remains generally on the smaller side with total accommodation for around 2,500 people.

The resort also offers a gym and two spas with swimming pools, jacuzzis and saunas which offer massages and beauty treatments. The town comprises five ski shops, two supermarkets, a delicatessen and a selection of restaurants – including on-slope dining spots Léon, Marquesas and Les Brevettes at the top of the Grand Plan chairlift.

Richard Deans, sales manager at MGM French Properties described Les Fermes d’Eugenie as a ‘fantastic opportunity’ to purchase a ski residence in the heart of a peaceful resort.

“Sainte-Foy is perfect for families with small children as all the ski runs lead back to the main station. The resort is quieter both on the pistes and in the town thanks to the small accommodation capacity, giving learners more room on the slops and everyone else less time to wait at chairlifts.”

He concluded: “Les Fermes d’Eugenie will offer residents all of the best of Sainte-Foy on their doorstep by Christmas 2021.”

There has been a surge in the number of new properties...