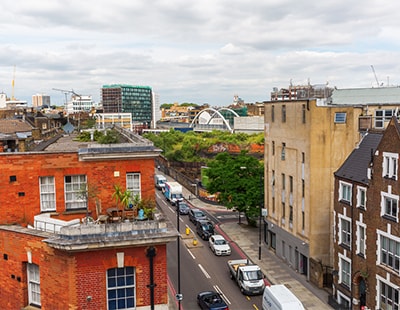 The quietest boroughs in London have been revealed in new research carried out by homebuilder Barratt London.

With recent concerns raised over the noise levels on the London Underground, the research found that Tower Hamlets is the quietest borough in the capital, based on more than 4,000 crowdsourced decibel readings taken across London.

The research used average data from app WideNoise, which enables users to submit decibel readings on the go. From 44 readings taken in Tower Hamlets, the average was only 53.3 dB - equivalent to the noise of a conversation at home.

Closely following Tower Hamlets were Sutton, Waltham Forest, Croydon and Ealing, where the average noise levels ranged from 53.8-57.3 dB from more than 150 readings – a level equivalent to the noise found in your average restaurant.

By contrast, Islington in North London was found to be the capital’s loudest borough, with an average decibel reading of 77.2 dB – akin to the level of a vacuum cleaner. Westminster wasn’t far behind, with an average of 69.3 dB from the 175 readings analysed, making it the eighth-loudest location in London.

Although the average noise level across London was measured at 66 dB, comparable to that of an average office, there are places in London where levels are barely above a whisper. In greener areas around Bushy Park in Kingston, for example, and Radnor Gardens in Richmond, decibel levels were recorded as low as 29 dB. This figure is some 16 times quieter than the city average.

“Most would expect a certain level of noise in London, given its status as one of the world’s busiest cities and most-popular tourist destinations,” a spokesperson for Barratt London said. “However, the fact that the average noise level falls somewhere between that of a conversation at home and one in the average office is testament to the city’s balance of progressive urbanisation and the preservation of green space.”

The ten quietest boroughs in London can be seen below:

Where to find the best yields in London ...

Thousands of people will be rushing to purchase a buy-to-let property...