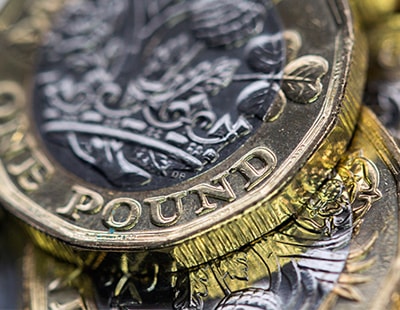 Brexit uncertainty is continuing to drive foreign investment in the UK, research by CashbackRemortgages.co.uk has claimed.

A third of multi-million pound homes in the UK’s wealthiest suburbs have been purchased by second home owners so far in 2018, with foreign money continuing to flood the length and breadth of the country.

The UK’s struggling property sector, particularly at the prime end of the market, has become increasingly desirable to overseas buyers – with price tags lowered by Brexit uncertainty and the weakness of sterling. This has led to a rise in the number of homes worth over £1 million being snapped up by second home buyers.

The findings, based on HMRC data, show that 18 homes a day (6,766 a year) with price tags of £1 million or more are being bought as additional properties, while half of the Treasury’s stamp duty income for properties in this price bracket was generated by second home buyers. This is a big increase from last year, when additional buyers accounted for only 29% of £1 million-plus homes.

Meanwhile, last year saw nearly one in five (18%) new build homes in London being purchased by overseas investors. Some 61% of those buying homes in London hailed from Hong Kong, Singapore, Malaysia and China, while three-quarters of their purchases were for buy-to-lets.

This comes as the number of UK homes being sold for more than £1 million is on the up – recently surpassing 20,000 for the first time. That’s two thirds more than a decade ago, when the global financial crisis was at its peak, and a rise of 11% from last year.

In recent years there has also been a significant rise in the number of properties being sold for over £5 million.

The findings suggest that the increase in property tax on second home purchases (an extra 3% stamp duty surcharge introduced in April 2016) has not deterred high-end investors, while latest figures show that the UK remains an attractive investment for overseas buyers, especially those from south-east Asia.

This year, the income generated from second home owners paying the additional 3% stamp duty stands at £4,060 million, up 21% from the year before. Almost a quarter (23%) of all property transactions in every price bracket were by second home owners and they accounted for almost half (44%) of all the tax receipts.

Overseas buyers, however, could find buying a home in the UK in the future a more difficult task thanks to the government’s planned stamp duty levy on this demographic. Originally announced by Theresa May at the Conservative Party conference in October, and confirmed by Philip Hammond in his Budget speech, the proposals – which are subject to a consultation in January 2019 – mean overseas investors would face a further 1% stamp duty surcharge when buying homes in Britain. This would be on top of the 3% surcharge that international and domestic investors already have to pay.

Originally, there was talk of the surcharge being up to 3%, but the government appeared to backtrack on this when many operating in the prime sector strongly condemned the move. The money raised will be put towards the government’s strategy to end rough sleeping.

“Britain’s wealthiest cities have become a goldmine for opportunistic second-homers,” Suchit Sethi, founder of CashbackRemortgages.co.uk, said of the findings.

“A weak pound and uncertainty over Brexit has seen a deluge of attractive price tags at the top end of the market in some of the country’s wealthiest cities and has led to an influx of foreign buyers cashing in on bargains. It also goes to show that the Government’s decision to increase taxes for additional dwelling purchases is basically immaterial in light of the economy’s weaker footing.”

He added: “With the capital being hardest hit with softening house prices, especially in some of the most lucrative heartlands, it has made it a magnet for investors looking to step in and grab a deal. The fall in sterling since the referendum has made the UK more alluring to buyers from abroad, particularly investors from south-east Asia. The majority of buyers in these areas are using these investments as buy-to-lets.

Sethi said that, with a third of properties over £1 million being targeted by second home owners, it was promising to see that the number has continued to rise despite the higher stamp duty premium.

“Until the property market stabilises I think we will continue to see the rise of homegrown property millionaires alongside international buyers taking advantage of Brexit chaos,” he concluded.

The number of UK properties worth at least £1 million is...

Pugh, an auction house with auction rooms in Manchester and Leeds,...