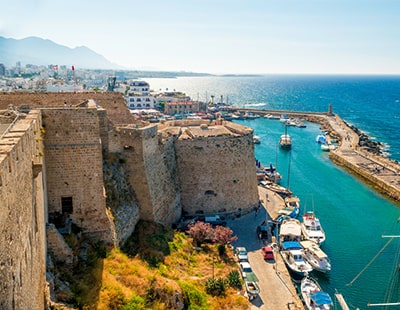 Over the course of this year, the economy of Cyprus has begun to stabilise and confidence started to return to the property market. Assuming the Cypriot government and other relevant parties continue to act with common sense and prudence, it seems very hopeful that 2019 will be the year Cyprus really gets back on its feet again.

The role of the government and the banks

There is no need to rake through the economic troubles experienced by Cyprus over the last decade, the most spectacular sign of which being the infamous raid on savings in 2013. That, however, was five years ago and since then both the government and the banks have been moving forward cautiously, presumably only too aware that the electorate is watching them.

In particular, they have refrained from flooding the property market with assets of which they wish to dispose in order to avoid hindering its recovery.

There has been some degree of concern that international investment funds might be less scrupulous about dumping underperforming real-estate, but that concern has proved unfounded. While opinion may vary as to whether or not this fact is due to political pressure or straightforward pragmatism regarding the fact that such a course of action would mean that they also took a hit on the value of their assets (or possibly a combination of both), the fact still remains that their approach is definitely beneficial to both the short- and long-term health of the property market.

There is generally a clear and obvious link between economic confidence and buyer activity. Residential buyers want to be sure that they can service a mortgage before they take one on (or increase the one they have) and likewise investors may hesitate before putting their investment capital into a place with an uncertain outlook, especially if the political situation is perceived to be questionable.

In short, after 2013, the Cypriot government had to prove itself to interested parties, both local and international, and demonstrate that it could be trusted again. It has been working hard to do so and, little by little, improvements have seen home buyers return.

Interestingly, data from Land Registries shows not only that every month between January 2018 and October 2018 saw more housing sales than the equivalent period in 2017, but that demand for property was split roughly equally between locals and international investors.

It would be very interesting to have data to show the extent to which international investors were buying homes for their own use (as holiday homes) or to let to tourists versus the extent to which they were actually serving the housing needs of local residents and, in particular, the growing demand for student/young adult rental property, especially in Nicosia, which is known as being a centre for education and home to more than one university.

The fact that so much of Europe’s attention has been focused...