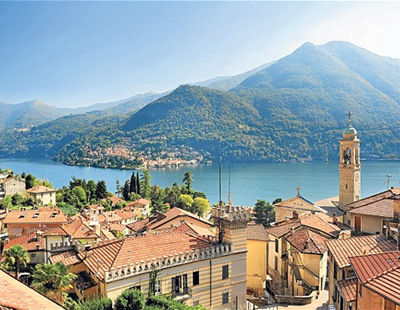 The latest HSBC Expat Explorer survey has revealed that Singapore is the top expat destination for the third year in a row.

The country was voted by expats as the best place to live and work, with 83% confident about Singapore’s political stability and 73% content with the local economy. Singapore saw off strong competition from Norway, which rose four places to finish in second position.

While the top two are very different from a cultural point of view, they do have a number of factors in common: stable economic and political conditions, good welfare systems and high levels of well-paid employment, while also providing a safe and secure place to raise a family. On a regular basis, Singapore and Norway appear towards the top of happiness indices and polls outlining the countries with the best quality of life.

The HSBC Expat Explorer survey has now been going for a decade and is the world’s largest and longest-running study of expat life. Yearly, it questions over 25,700 expats about their experiences abroad and how satisfied they are with their new homes.

In addition to outlining the best places in the world for expats, the survey also revealed that life overseas typically increases expats’ incomes by a quarter (25%). In fact, the average expat earns just under USD100,000 a year (or around £75,000).

For many, wellbeing is also increased, with 41% of expats adopting a more positive outlook on life after moving abroad, while 44% said they are now more physically active.

Joining Singapore and Norway in the top 10 best countries for expats were New Zealand, Germany, Netherlands, Canada, Australia, Sweden, Austria and the United Arab Emirates. The Expat Explorer league table ranks countries using a score that summarises expats’ views on experience, economics and family life in their host country, with Singapore scoring highly in all these categories.

What’s more, 73% said Singapore offers them better earning potential than their home country, while 65% now have more disposable income. Expats moving to Singapore experience a significant increase in their annual income compared to their home country, up by an average of 42% to nearly USD118,000 (£89,137.20).

The country is also ideal for child-rearing, according to HSBC’s survey. Some 82% feel safer in Singapore than at home while 72% of expat parents ranked the quality of education and their child’s health and wellbeing as better than in their home country.

On the downside, though, expat life in Singapore comes at a premium. Expats here are less likely to see an improvement in their work/life balance, while 84% said that bringing up children in Singapore proves more costly than at home.

Norway, by contrast, is famed for its work/life balance (90% of expats in the Scandinavian country said theirs had improved since moving there), while job security is also strong. Norway only just missed out on top spot, helped by a better quality of life (for children and adults) and the much-praised Nordic model of secure but flexible employment, free education, universal healthcare and a generous welfare system.