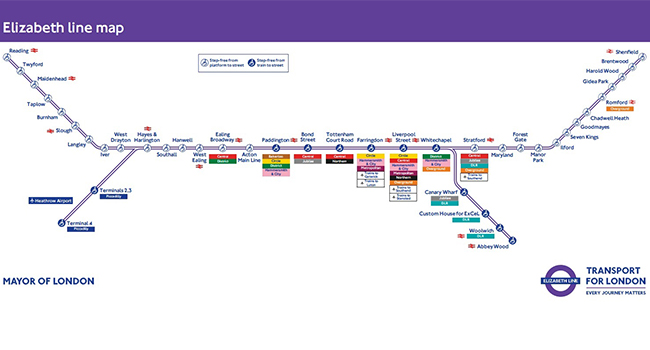 The Crossrail project, a new railway line spanning from Reading and Heathrow in the west to Shenfield and Abbey Wood in the east, was always expected to drive up residential property prices along the route, but which areas have benefitted the most?

According to research conducted by Nationwide, home prices in Slough have increased the most since the announcement of the rail project in 2014, followed by gains in Reading.

The west side of the crossrail route (to be called the Elizabeth Line) saw the most significant increase in home prices according to the research, led by a 39% rise in Slough and 33% in Reading, compared with the regional average 22% increase.

Andrew Harvey, economic analyst at Nationwide, said: “The new Elizabeth Line is likely to make Slough an attractive proposition for London workers who prefer not to live in the capital as journey times will be around 15 minutes faster into central London and 20 minutes faster to the Docklands. It’s not just a place to live and commute either, as recent research also indicated that Slough is becoming one of the UK’s top creative hubs for business and employment … it’s clear that Slough is becoming a more attractive proposition for people to live.”

Moving forward, here are the property hotspots tipped for house price growth along the Crossrail 2 line.

Revealed: the mindset and success principles of a property investor ...

Harvey Raybould is a UK property investor and owner of the...

Is house flipping still a profitable strategy in 2020? ...

Buy a property below market value, renovate it and then make...