Over half of MPs believe that fees for planning applications should increase, according to a new poll.

The survey, commissioned by the British Property Federation (BPF), found that 61% of MPs “broadly agree that fees should increase” while 47% of the respondents say they should rise with stronger guarantees.

The results of the survey also suggest that there is cross-party support for a hike in planning fees, with 65% of Labour MPs and 65% of Conservative MPs supporting the idea.

Last year, the British Property Federation (BPF) and GL Hearn released their 2015 Annual Planning Survey, which suggested that more than half of local planning authorities are struggling to cope with planning applications due to a lack of resources, with around 65% of applicants stating that they would be willing to pay more to shorten waiting times.

Melanie Leech, chief executive of the BPF, said: “The public and private sectors have both been very clear about the need for more resourcing in local authority planning departments, and we now know that there is political understanding of this issue as well.”

There are already plans in place for residential planning applications in this country to be fast-tracked for a premium fee as part of new radical government proposals to speed up the planning process and increase housebuilding.

Under the new plans, developers would have a choice of submitting a planning application to the local council, a competing council or a government approved organisation that would process applications up until the decision point.

Councils would also be able to offer the fast-track planning application service – possibly through competition pilots or potentially through devolution deals.

Communities Secretary Greg Clark (below) said: “These proposals will be a boost for housebuilders looking to build much needed new homes for hard working families and first time buyers, and for local people looking to get a planning permission for home improvements through their local council quicker.” 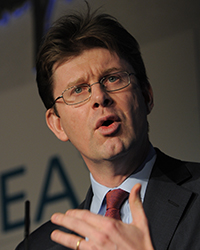 Across the country, SME housebuilders continue to be frustrated by a “painfully slow” planning process that is holding back the delivery of new homes, according to Brian Berry (below), chief executive of the Federation of Master Builders (FMB).

He said: “Anything which encourages innovation and incentivises councils to deal with applications with greater urgency must be welcome.” 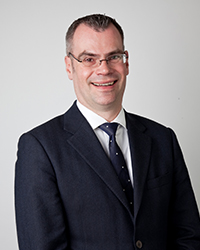 Less than 460,000 homes were built between 2011 and 2014, according to figures from the National Housing Federation, despite forecasts that 974,000 new homes were needed. This shortfall has contributed to the rise in property prices and rental values witnessed across much of the UK in recent years.

The financial crash of 2007-08 bears some of the blame as it led to thousands of people leaving the construction industry. Now that demand has returned, there is a skills shortage, with bricklayers, carpenters and joiners in short supply.

Berry commented: “We’re already seeing housing developments starting to stall because the cost of hiring skilled tradespeople is threatening to make some sites simply unviable. Unless we see a massive uplift in apprenticeship training in our industry, there won’t be enough pairs of hands to deliver more housing on this scale.”

The government has now set a target of building 1m by 2020, including more Starter Homes and shared ownership properties, to help ease the supply-demand imbalance in the market and prevent house prices from spiralling out of control.

“Residential building has seen the greatest loss of momentum through the first quarter of 2016, which is a surprising reversal of fortunes given strong market fundamentals and its clear outperformance over the past three years,” said Tim Moore, senior economist at Markit.